Despite widespread concern over potentially heavy job losses, as the adoption of artificial intelligence or AI software continues to advance, it seems there will be winners as well as losers.

For instance, a report by management consultancy Deloitte, entitled Talent for survival: Essential skills for humans working in the machine age, reveals that although demand for manual skills may be in decline in an increasingly digital economy, interest in specialist science, technology, engineering and mathematics (STEM) expertise is on the up, and it is in fact 40 per cent more important than physical prowess.

According to the report, so-called cognitive and “soft” or social skills, such as complex problem-solving, interpersonal and communication abilities, are taking on an even more significant role. They are currently more than twice as important as manual skills, not least because they enable individuals to absorb knowledge more quickly, which is vital in today’s fast-changing world.

These trends are set to continue. By 2030, the report estimates that STEM expertise will be 8 per cent more important than it is now and will add some 4.5 million new jobs, including teachers and statisticians, to the workforce. Significantly, demand for soft skills will also jump by 5 per cent, creating 8.9 million new positions. 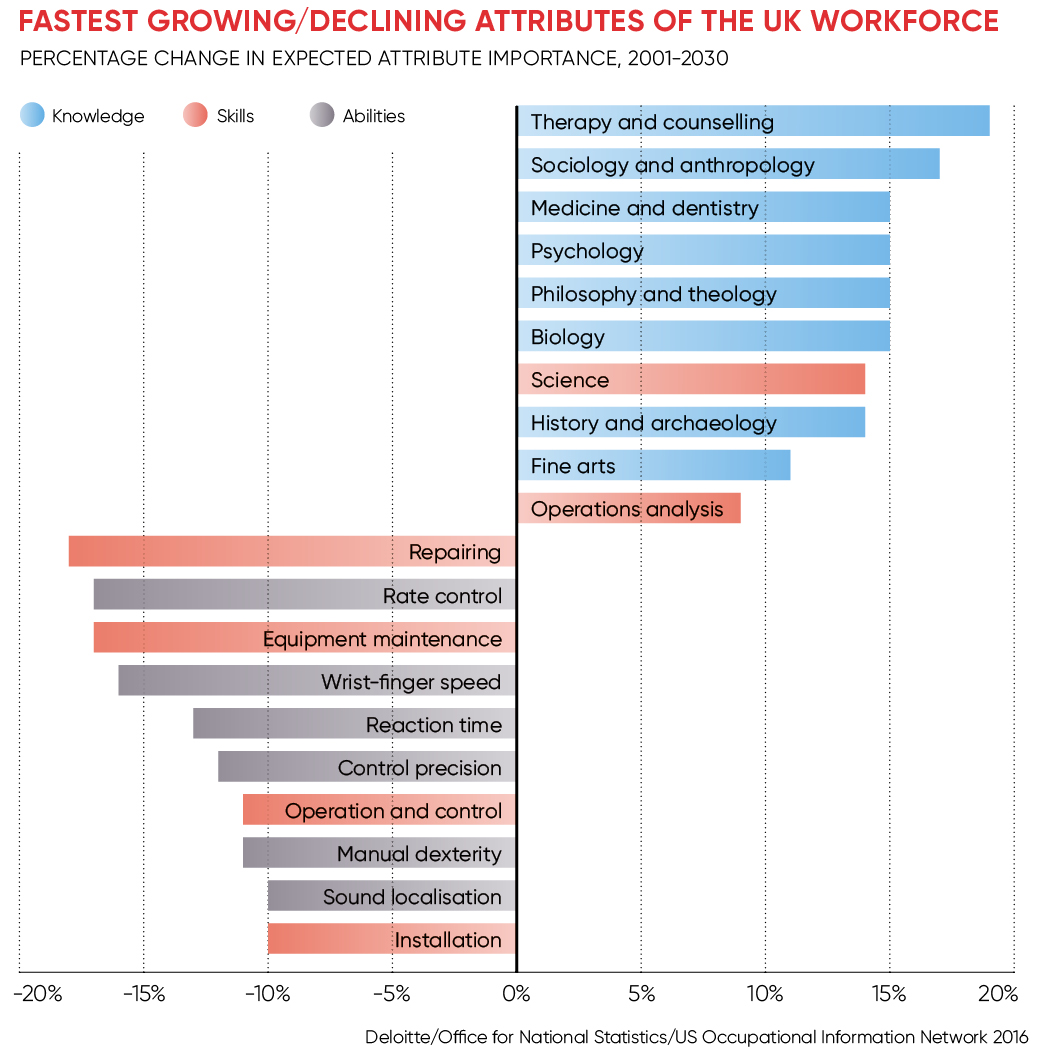 Angus Knowles-Cutler, a senior partner at Deloitte and author of the report, points out that requirements for “structured soft skills” in areas such as psychology, counselling and healthcare are likely to grow most as productivity rises, leading to an overall increase in earnings.

But as the world of work begins to transition and jobs start to change over the next five years or so, there will be a significant need for leaders to manage employees through the process and prepare them for the changes that AI will bring to the workplace.

An example of one organisation that has gone through this shift already is GE Aviation. After automating its plant in Bromont, Canada, it became the robotics research centre for 85 of GE Aviation’s other plants, replacing many of the lost manual jobs with knowledge-worker positions.

Sir Cary Cooper, professor of organisational psychology and health at Alliance Manchester Business School, says: “To make the transition successfully, it will be very important for managers to have effective social and interpersonal skills, so things like being aware of people’s fears and concerns, listening and engaging them in decision-making, and supporting them in developing new skills.”

But, he adds, as all too few managers demonstrate appropriate people skills: “We need to start developing them now, not when AI is rampant.”

Managers are not the only ones who need to brush up on their soft skills though. As robots automate more and more routine administration tasks, humans will increasingly need to display not just literacy, numeracy and digital skills, but also what Mr Knowles-Cutler calls the “3Cs” of creativity in problem-solving, collaboration and critical thinking when filtering huge amounts of information, to differentiate themselves from machines.

Euan Davis, European lead at Cognizant’s Center for the Future of Work, agrees. In his view, as AI-based automation really starts to take hold and people’s roles increasingly become based on interpreting and acting on data, they will need the “space to work with their heads up, not down, so it will be all about being more cognitive and displaying emotional intelligence”.

For employers to start preparing for this future, the first step will be to understand the company’s strategy over the next five to ten years and what is likely to be automated. Then it is about understanding which human skills will be required and whether they can be developed internally or have to be brought in from outside.

“People issues are no longer just a matter for the HR director. They have to be on the agenda of the CEO and the board as the change required is going to be so transformational,” Mr Knowles-Cutler concludes. 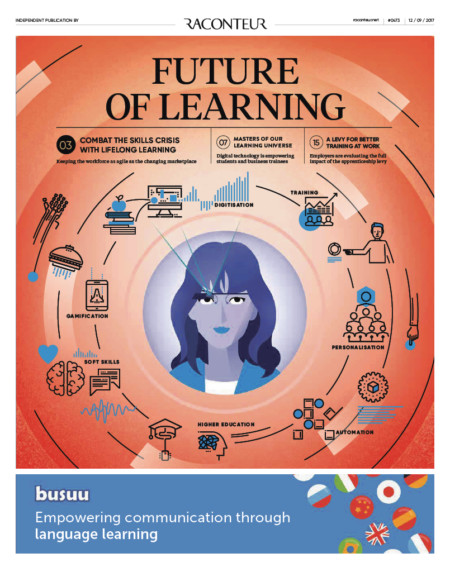