Virtual and augmented reality headsets may currently still be a novelty in the healthcare realm, but they have the potential to completely transform how surgeons operate 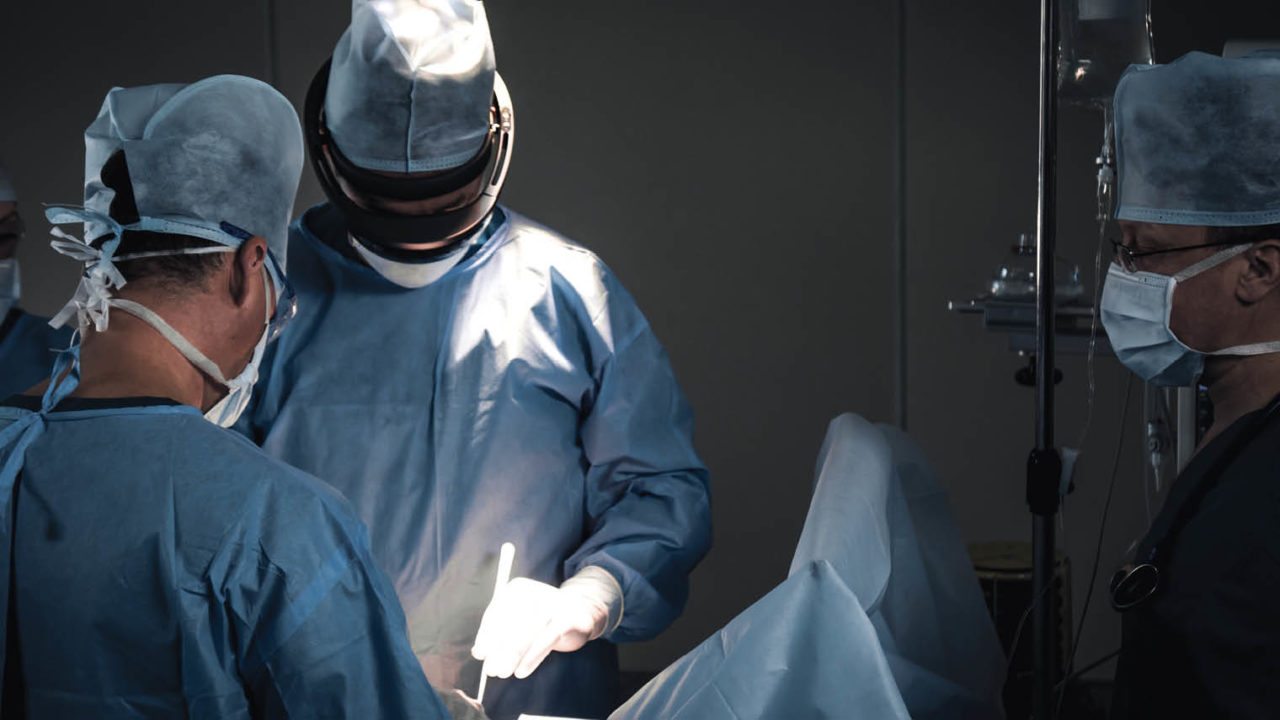 Why don’t surgeons have coaches, just like top athletes and singers? Medical professionals are expected to deliver care in a fast and cost-efficient way, while keeping up to date with the most recent technologies.

Even the best-trained professionals can benefit from coaching to improve their skills, according to surgeon and author Atul Gawande. Virtual reality (VR) and augmented reality (AR) are set to be in the vanguard.

One millimetre might not be a big deal in this case, but it is if a surgeon has to make an incision close to an artery

In VR, a person typically wears a headset that depicts an immersive, digital reality. In contrast, AR shows our actual reality, while overlaying digital elements on  to it. AR can work through a headset, but also through a smartphone screen or as a holographic image.

What AR and VR are doing in medicine

The mobile game Pokémon Go, for example, used AR to superimpose Pikachu on to real streets and meadows. In the same way, AR in healthcare can mean doctors see digital images of veins, anatomy and data on real bodies.

It enables the coaching surgeon to see the patient through a screen, while pointing her pen at a sheet in front of her. The surgeons in action can see the coach’s hand on a screen overlaid on to the patient and follow the expert’s instructions.

“We’re living in a time where we’re talking about exponential medicine,” says Ms Hachach-Haram. Meanwhile, for patients on a national and global level, there’s still a postcode lottery. Better access to training can help to solve this issue.

VR is used for training purposes too. At the Children’s Hospital Los Angeles, medical students and staff are trained in low-frequency, high-risk situations through a virtual reality scenario, designed by Facebook’s Oculus.

Medical students are tasked to save the life of a child in the presence of their panicking parents, while getting information from emergency medicine technicians and giving instructions to assistants. The idea is to recreate a situation that is very rare and very stressful.

What are the challenges for AR healthcare?

AR and VR are used in many industries. In 2018, the UK government announced it is investing £33 million in the technologies across sectors including entertainment, education and tourism. Healthcare could be one of the most promising areas. The industry for VR and AR in healthcare could be worth $5.1 billion by 2025, according to Goldman Sachs.

The main challenge for augmented assistance technologies, such as Proximie, is the reliability of the communications network, says Matthieu Poyade, who leads post-graduate studies in medical visualisation and human anatomy at Glasgow School of Art. This is because images have to be transmitted, for example, between a surgeon in India and an expert in the UK in real time.

While headsets such as Microsoft’s HoloLens, Magic Leap and Daqri are pricey for the general user, AR doesn’t have to be expensive as you can use a mobile phone. But, in a professional context, other than cost, what are the stumbling blocks in the way of emerging VR and AR in healthcare?

Medical professionals are very optimistic about AR and VR technologies, says Dr Poyade. “They are eager to know more,” he says, adding it’s important to explain the limitations of technologies to both doctors and their patients.

VR and AR tech not there just yet

At this stage, technology still has a long way to go. If you put on a headset and look at a table, which is covered with a digital table cloth, the projection may not be fully aligned with the table. “One millimetre might not be a big deal in this case, but it is if a surgeon has to make an incision close to an artery,” says Dr Poyade.

But it’s just a matter of time for technologies to improve, and it has become easier to develop medical visualisation software. Development platforms have become much more user friendly, enabling more people to create apps. “Most of our students come from a life science background and they don’t need five degrees in computer science,” he says.

However, a criticism of AR is that, as with any form of digitalisation or automation, it might inadvertently diminish the skills of the people using it. In his book, The Glass Cage, Nicholas Carr argues that while air travel, which has been at the vanguard of automation, has become safer on the whole, pilots have become perniciously dependent on software.

But VR and AR in healthcare are only just emerging. For now, a benefit of AR is it gets people involved with medical information, through apps that can detect early symptoms of rheumatism, for example. Dr Poyade concludes: “AR is quite novel for patients; it still generates a wow factor.”