Office design: what does the future workplace look like?

Gone are the days of employees trapped in isolated booths, heads down with little social interaction. For many businesses, gone still is the ubiquitous open-plan style that followed. Instead, office design has shifted towards flexible working, with spaces to suit different needs, such as co-working and collaboration, socialising and private research.

According to a survey from the Association of Accounting Technicians, flexible working makes employees less stressed and more productive. But as the trend for variation continues, what will the future workplace look like?

Andy Heath, design director for Europe, Middle East and Africa at WeWork, predicts we will move away from open plan completely and towards “cellularisation” of various different-sized spaces that can be reconfigured. Eliot Postma, partner at Heatherwick Studio, agrees. “It was previously thought that full collaboration was best,” he says. “But there are introverts and extroverts, and offices need to accommodate both.”

Despite the need for quiet spaces, both agree that integrating a sense of community will remain important to the future workplace, especially as advancements in technology encourage people to work remotely and become more isolated.

Mr Postma is working on Google’s new Mountain View campus in California which, rather than traditional floors, features individual plates with ramps in-between that slope downwards from the centre of the building, splitting a floor across 20 levels so everyone can see out of windows and up the entire “vertical façade” of the space. Up to 100 employees are sat on one plate. The roof is made of a series of fabric canopies that allow light and air in.

“It strikes a balance between everyone working on one level, but not being lost in an anonymous sea of white sadness,” he says. “The plates provide people with their own space and team ownership, while giving them access to outside views and daylight.”

As technology gets smarter, architects need to focus on creating social spaces, Mr Postma adds. He foresees the removal of reception desks and gated barriers, where employees scan their passes, as facial recognition software advances. “People will always want social interaction,” he says. “We should prioritise spaces for them to come together.” 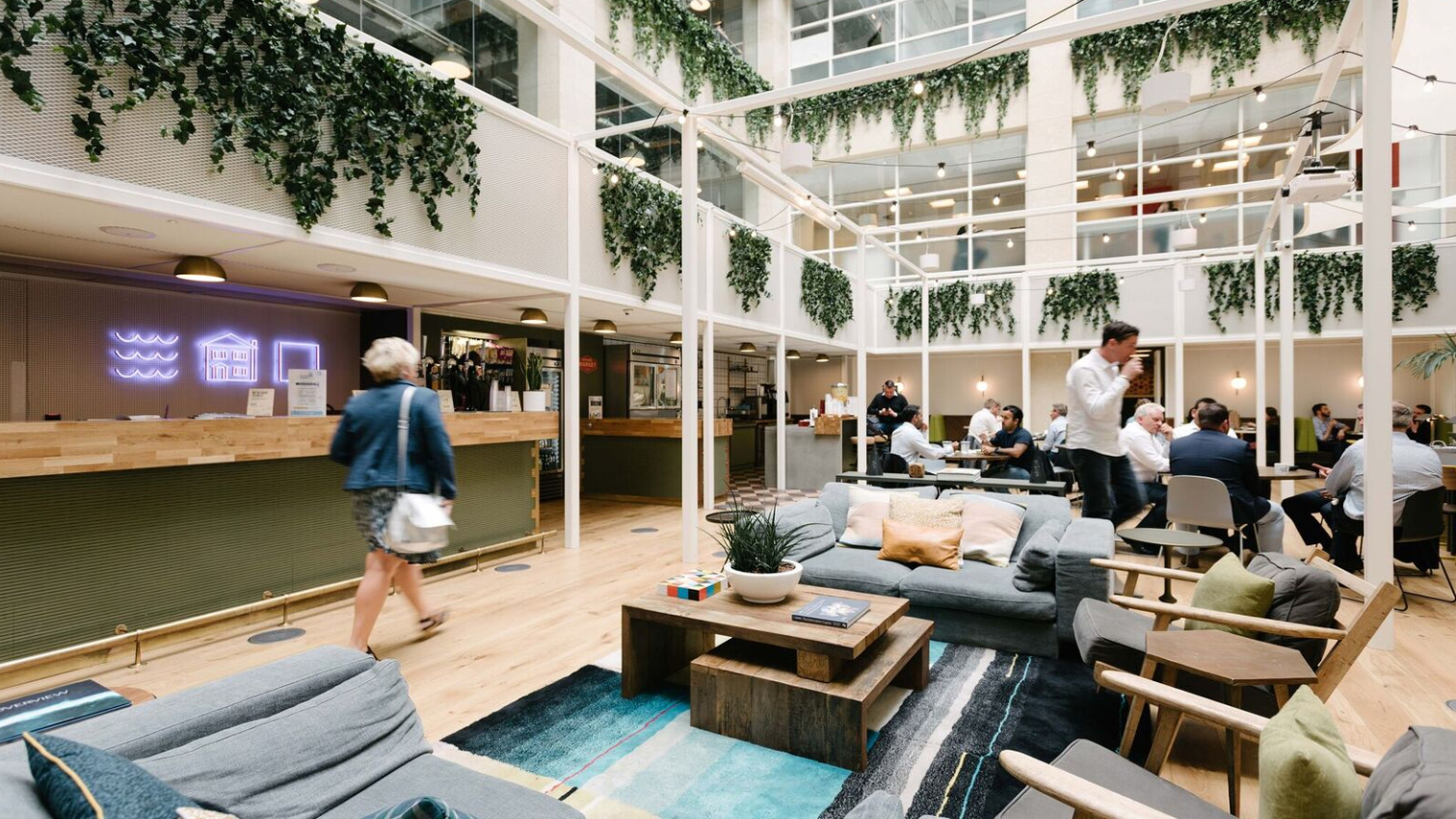 The interior of WeWork’s Waterhouse Square office in Holborn, London

What do the experts think the future workplace will look like?

Peter Fisher, director at Bennetts Associates, says that giving employees choice makes them feel more in control. He thinks we will see office design with rooms that have different ceiling heights, paint tones and lighting, air conditioning and temperature levels. “The need for people to have perceived control is important,” he says. “Research shows that people believe they are more comfortable if they have the opportunity to change their environment, even if they’ve actually made it worse for themselves.” 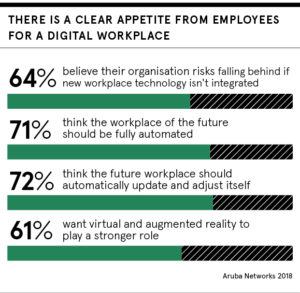 Mr Postma also predicts that more buildings will be designed without a set user in mind, creating a versatile shell that could be filled with modular fit-outs to suit different brands and fashions, which is why ex-industrial buildings continue to be popular.

“There’s an ongoing trend for industrial aesthetic,” he says. “The scrappiness gives soul and allows users to feel like they can change the space. It doesn’t feel polished and perfect, giving people autonomy to make a workspace theirs.”

Simon Allford, director at Allford Hall Monaghan Morris (AHMM), says buildings should be permanent, with the ability to change interiors. AHMM designed Google’s 6 Pancras Square, London office, which opened in 2016, and created a modular meeting room concept known as Project Jack. The plywood pod can be mass-produced and constructed by office staff into different sized spaces with varying levels of privacy.

Mr Fisher predicts there will be a shift to hybridisation in office design, where outdoor and indoor areas merge, and previously closed and private areas are used, such as basements turned into “maker spaces” and back entrances revitalised with ramps and cycle parking.

Also, says Mr Allford, there will be a shift towards multi-purpose buildings that cater for a whole community, rather than only the people who work there. “There will be a move against trapping employees in buildings,” he says. “In the future, offices might have a school on the roof with a playground and apartments below. Buildings will become a microcosm of the city.”

Architects recognise a need to be close to nature will dominate offices in future. This includes providing more opportunities for employees to see outside through features such as staircases around the periphery and segmented floor panels that let light in, as well as introducing natural or biophilic elements into office design itself, says Mr Postma. Introducing soundscapes, such as of running water, and using fabrics with textures inspired by nature are two examples.

“The trend goes way beyond green walls and potted plants,” he says. “People want a strong understanding of the time of day, seasons and weather; it’s the opposite of the casino model.” 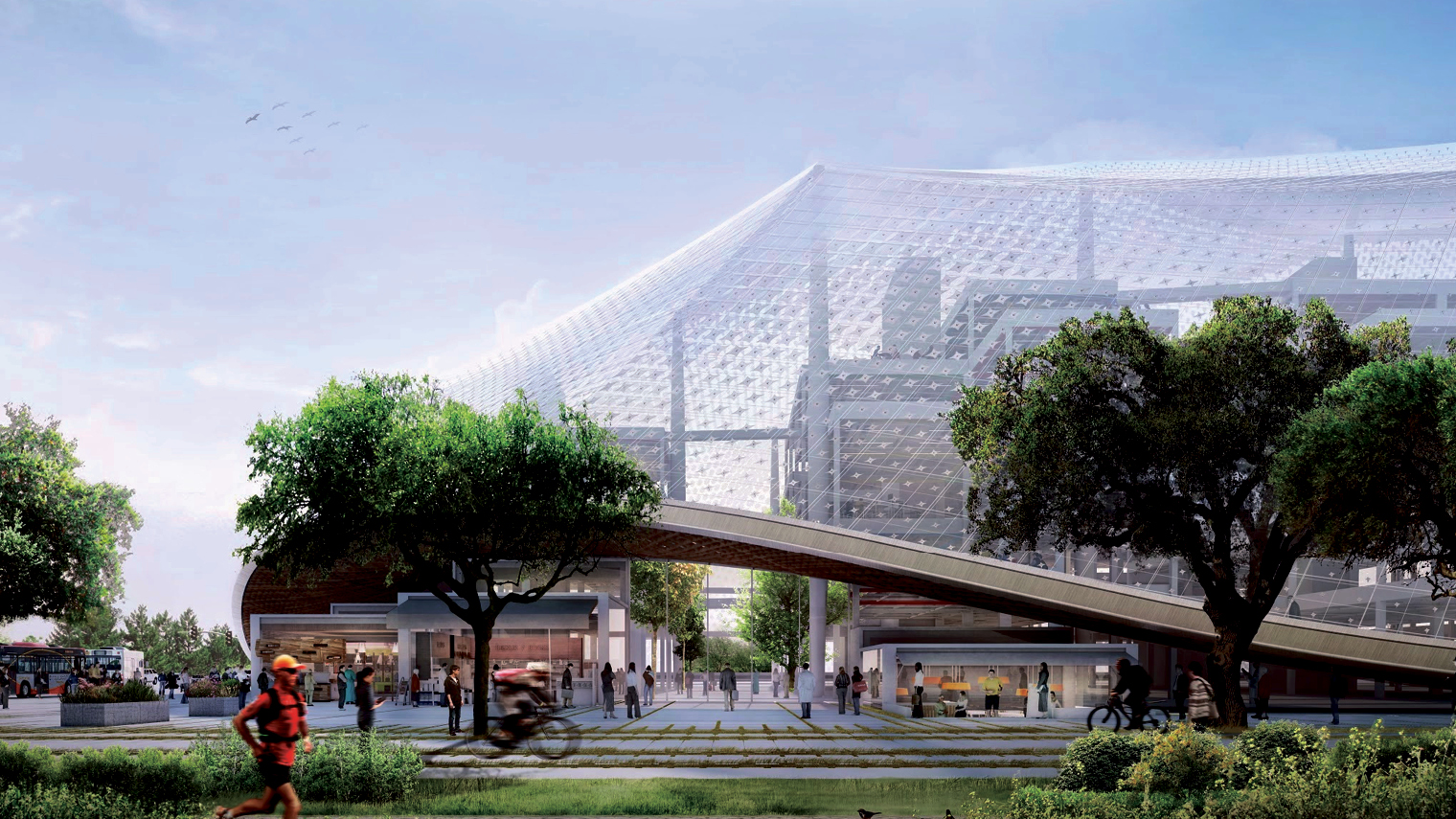 How office design can boost health and wellbeing

Businesses will assess air quality, carbon-dioxide levels and temperature, and analyse them alongside staff happiness and productivity. They will source more sustainable materials for furnishings, as well as investigate which synthetic products, such as paint and plastics, emit chemicals and how this impacts people’s health.

“Not only do businesses have a moral obligation for staff’s health, but addressing this helps them make money,” she says. “If staff are more creative and productive, it’s better for the bottom line.”

Customising the future workspace according to people data

WeWork’s Mr Heath believes data will increasingly be used to create offices tailored to individuals. Currently, WeWork looks at the culture of different countries to define its office design. Its Swedish workspaces have large communal lunch tables, while those in the UK have smaller breakout spaces as people tend to eat in isolation more.

“Offices will become far more customisable based on people’s data,” he says. “An office will track my location and adjust preferences to suit me. After lunch, the temperature where I am sat might drop by a degree and the blinds may go up slightly to wake me up, creating my optimum work environment.”

While offices continue to evolve, the future workplace will see interesting advancements beyond modular meeting rooms, from personalised environments to furniture that is better for our health. We could further see a push towards workspaces that value the wellbeing of staff on equal measure with their productivity.

Future of Work
What we’ve got wrong about quiet quitting
Future of Work
What do Gen Y and Z really want from work?
Talent & Culture
How to build an employee benefits package for a distributed workforce
Opinion
The talent shortage means internal promotion and progression is more important than ever
Technology
‘Couture for data’: capturing organisational know-how for good
Future of Work
Competition for talent is a bigger concern than a recession, says Slack’s future of work expert