From Bristol to Dundee, many regions outside of London are becoming hubs for technology startups in their own right 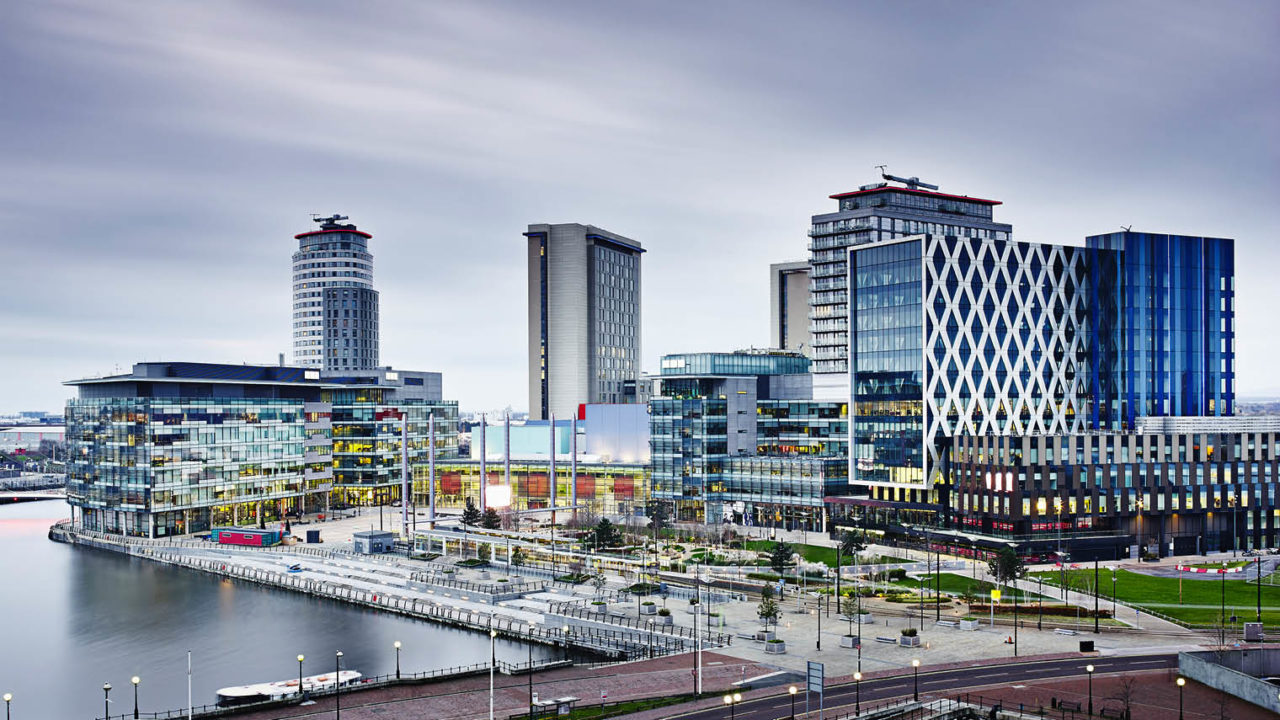 London has created more unicorns than any other European city. According to data released in June by Tech Nation and Dealroom, 13 new billion-dollar startups were created in the leading UK tech hub in the previous 12 months.

While London leads the herd, other regions are playing a part too. Cambridge and Oxford have created ten unicorns between them, Manchester five, Edinburgh three, and Bristol and Leeds two each.

It’s a similar picture for job openings in the tech sector. Separate Tech Nation research, which was carried out for the government’s Digital Economy Council, found there were 1.7 million jobs advertised during 2018, spread throughout the UK. The place with the most openings outside the capital (164,000) was Manchester.

Changing where smart cities are in the UK

One of the key factors drawing talent to the north west is cheaper residential and commercial property, says Fabrizio Nicola-Giordano, managing director of Headspace Group. The provider of flexible working spaces for the tech and creative communities has its eye on the ball when it comes to sniffing out the best places to open new locations.

“Cheap property is such a big draw for startups of any kind. It’s why East London and Berlin initially became so popular,” says Mr Nicola-Giordano. “Plus, there’s easy access to other UK tech hubs. Birmingham is nearby, while London is just a two-hour train journey away, and there are direct flights out of Manchester’s airport to San Francisco.”

As for Manchester’s infrastructure, the city is benefiting from the Northern Powerhouse initiative. This has placed a big emphasis on innovation and research and development, particularly in the science fields.

“Another great example is that the city has been chosen, by Innovate UK, to be the Internet of Things City Demonstrator, a showcase of how internet-connected technology and data can be used to transform urban areas,” says
Mr Nicola-Giordano.

He adds that all this is underpinned by close links with local educational institutions. This is crucial for any UK tech hub wanting to retain talent once they have graduated.

One region that arguably struggles to keep hold of its young tech talent is Yorkshire and the Humber. Research by the think tank Centre for Towns shows that it’s missing out on digital job opportunities, mainly due to its weak infrastructure, notably a transport network that needs updating and a patchy broadband service.

Despite this, there is cause for optimism. The region is already seeing startups in the property tech and travel tech space pop up and there’s ample room for early-stage companies to grow as well, says Bethan Vincent, an entrepreneur and marketing director of York-based Netsells, a digital and mobile app design agency, and one of the city’s biggest tech companies.

Ms Vincent believes that for cities such as York to become recognised UK tech hubs, it’s important the local tech scene has opportunities to collaborate.

“York’s future undoubtedly rests on more office and co-working spaces being provided. We have one of the lowest commercial vacancy rates in the UK and good quality offices are becoming increasingly hard to come by. Unless this is addressed, it will throttle the city,” says Ms Vincent.

“Where there are co-working spaces, there are more opportunities to connect through networking events and organic spaces where relationships can thrive. Collaboration is key to bringing products and services to market.”

Looking to the future, she would like to see York be involved in smart city initiatives. Milton Keynes is an example of making the transition to smart city status successfully. It’s the testbed for both national and international smart mobility projects, and is home to BP Chargemaster and Red Bull Racing.

“The town is uniquely placed because it’s in the middle of the Oxford-Cambridge arc and is an equal distance to two world-class centres of research, with access to excellent engineering and science talent,” says Dr Jamieson Christmas, founder and chief executive of Envisics, an augmented reality company developing head-up displays.

“Its strong transport links and close proximity to funding in London means it’s an ideal place to incubate technology companies of all sizes, especially startups that require flexibility and cost efficiencies to succeed.”

Ms Vincent believes that as long as you bring together enough people in a particular area, it can have a snowball effect. “It’s like a chain reaction,” she says. “This is what Silicon Valley has been amazing at for decades, having the right people condensed in the right place.”

Long known for its jam, jute and journalism, trades on which it was built, Dundee has proved in recent times that it’s more than just “three Js”.

The city in east Scotland boasts a strong gaming industry. Rockstar Games, the developer behind the Grand Theft Auto and Red Dead Redemption series, was founded in Dundee as DMA Design. There have also been collaborations with spinouts from the local university, one of the UK’s top institutions for life sciences. In 2014, a free mobile game Play to Cure: Genes in Space was released in partnership with Cancer Research, where players could analyse real cancer data.

Last year, Dundee’s landmark £80-million V&A Museum of Design opened. Alongside exhibitions highlighting the city’s gaming industry, it hosts design workshops, with the aim to foster collaboration and innovation. In addition, there are taster days when people of all ages can find out about cutting-edge video game technology and experiment with software and adaptive controllers.

Dundee is part of the Scottish Cities Alliance, which is delivering smart city solutions around waste management and mobility.