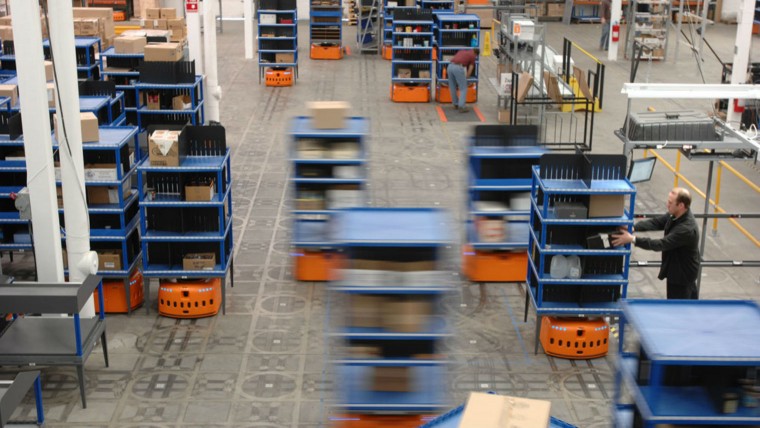 When you place an order with Amazon it triggers a slick sequence of events, one of which is a bit old fashioned. A human is forced to run around a warehouse picking up books and gadgets from shelves. It’s a dismal glitch in a system which is otherwise close to 100 per cent automated. 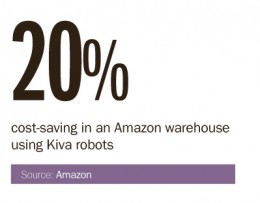 Now humans are being phased out of warehouses. Amazon is using 15,000 Kiva robots, each capable of moving 340kg of products at a time, receiving directions wirelessly from the control centre. To date around 10 per cent of Amazon’s 109 global warehouses are using Kiva robots. Coca-Cola is one of the most advanced adopters of automated warehouses.

Steve Adams, group director of supply chain operations at Coca-Cola Enterprises GB, explains: “Among the most significant developments we’ve made has been the investment of a £30-million automated storage and retrieval system (ASRS) warehouse at our manufacturing site in Wakefield. Officially introduced last year, the 38-metre high warehouse is designed to hold and automatically move 30,000 pallets.” Speed, cost, accuracy and the ability to run 24/7 are the benefits. 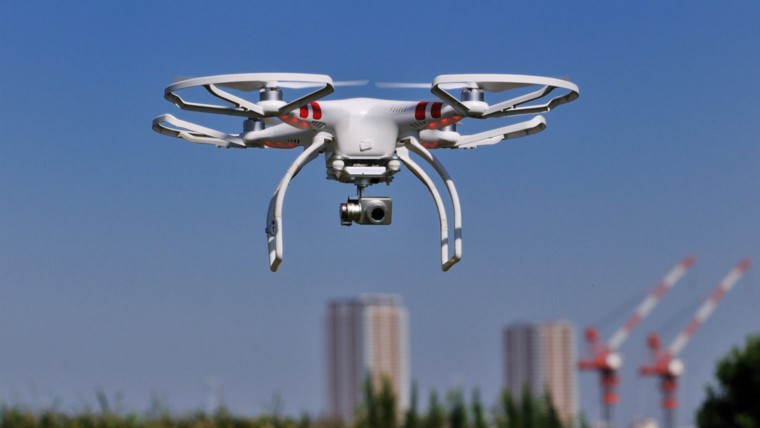 There is a furious debate over the future of aerial delivery drones. Are they realistic methods of direct delivery, capable of using GPS guidance to land by a customer’s front door? Or menaces to aircraft and pedestrians? The technology is ready. DHL launched its “parcelcopter” in December 2013. 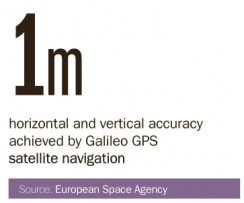 The first mission for the little quad-propellored yellow copter was delivering goods to the North Sea island of Juist, 12km off the German coast. DHL avoid air traffic violations by keeping the parcelcopter below 50 metres. Aviation rules in the UK state drones can be flown only 50 metres from a person or building and within sight of an operator. The last of which rather defeats the concept. In the United States, Google’s X research division is testing a delivery drone in Australia.

The current design is a beauty, a copter/fixed-wing hybrid which uses a cord to lower packages while hovering 30 metres above. US aviation regulations are as strict as in the UK, but the federal authorities are currently reviewing the rules. 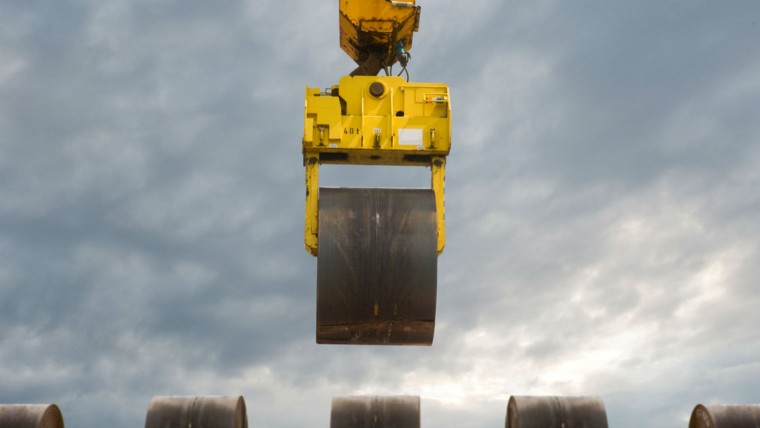 OK, so they might not be as sexy as drones or robot stock-pickers, but the shipping industry will benefit enormously from semi-automated cranes. 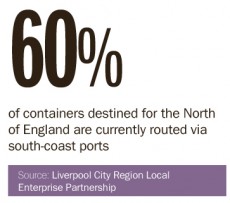 The gleaming new deep-water dock in Liverpool is a showcase of latest industry technologies and the semi-automated “cranes with brains” are at the heart of it all. These cranes can be programmed to perform dexterous tasks without human control, eliminating operator fatigue. Containers will be moved directly from ships on to trucks. The cranes are cantilever rail mounted gantry cranes, making the terminal, called Liverpool2, Europe’s first such semi-autonomous facility of this type. The cranes are integrated with a wider autonomous system.

Peel Ports has invested £2 million in 13 lorry highways, which scan vehicles using optical character recognition, process driver ID and issue instructions to drivers without human intervention. The system means lorries can arrive, load and leave without the driver leaving the cab. Peel Ports’ bill for Liverpool2 Terminal topped £300 million. For that the dock’s capacity will double to 1.5 million containers a year. Liverpool2 can host 95 per cent of all container ships, up from 5 per cent. 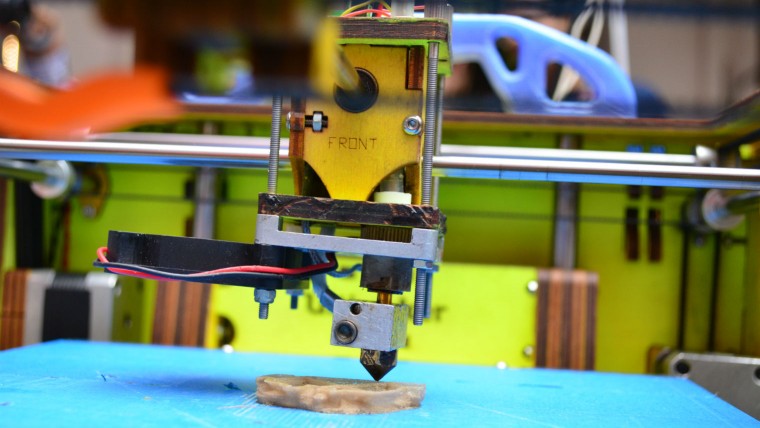 According to Sia H. Mahdavi, founder of Within, now part of Autodesk: “3D printing will completely disrupt the supply chain. In the future, we’ll probably see a consumer able to download the design for a pair of Nike trainers, customise them and then print them out.” 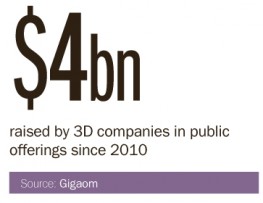 Some supporters of 3D printing say it will disrupt even the disruptive technologies. Scott Cairns, chief technology officer of T-Systems UK, the corporate customer arm of Deutsch Telekom, says: “The longevity and relevance of drones in the supply chain may be curtailed, to an extent, by the rapid evolution of 3D printing.”

Why order an iPad cover when you can whizz one off on your home printer? Scott Slinn, head of supply chain solutions at BT Expedite, says 3D printers will influence even peripheral industries such as fashion. “Early in the supply chain process, especially in clothes retail, product samples are required to assess quality, size and fit. This can be a slow process, but as 3D printing evolves, more can be achieved so that samples are produced in the retailers’ office to speed up the approval and allow products to hit the shelves quicker,” he says. 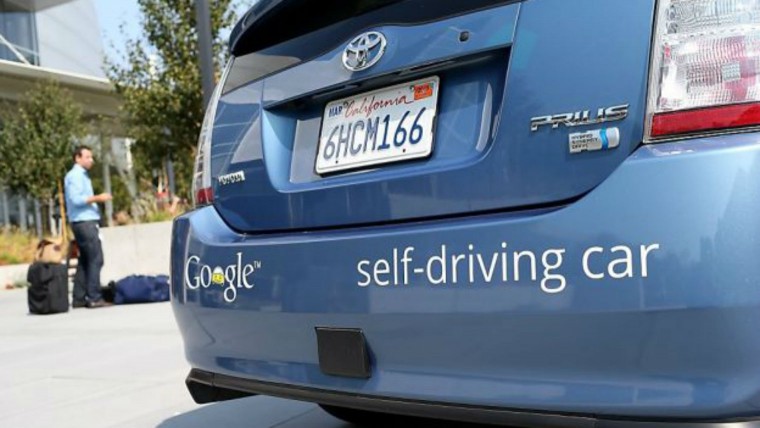 Google’s driverless cars have logged over a million accident-free kilometres. Google chief executive Sergei Brin forecast 2017 as the commercial launch date, though Google’s programme director is now hinting at 2020, a date supported by manufacturers such as Renault-Nissan. Ask around and you’ll get other industry estimates up to 2030. 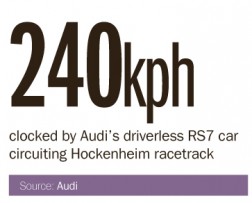 Those forecasts are for commercial vehicles. Military supply chain vehicles are ahead of the trend. Lockheed Martin’s Autonomous Mobility Appliqué System (AMAS) programme grew out of a US congressional mandate in 2000 that by 2015 one third of the operational ground combat vehicles of the armed forces should be unmanned.

Progress is impressive. The stout and squat logistics vehicle SMSS has been in Afghanistan since 2011. Carrying up to 3,800lb, the SMSS is fitted with autonomous technologies. It can play follow-my-leader, be steered remotely or manually. The vehicle has capacity for casualty evacuation. Seven other military vehicles are being fitted with autonomous technologies developed under the AMAS programme. Lockheed Martin’s plan is to combine the SMSS ground vehicle with drones, to create an integrated supply chain for soldiers in dangerous terrain.