Many FTSE 500 chief executives and business leaders around the world recount a new mantra: “data is the new oil”. It’s true that both generate wealth, power the cogs of economies and corporations globally, but the similarities stop there. The fact is, oil is a finite fossil fuel, while data is infinite. In the next two years, 40 zettabytes of new information will be created, that’s four million years of HD video.

Making sense of it is therefore a strategic imperative for businesses; it’s the reason why digital resources are now seen as a serious asset class worth investing in. Within the last year, Fortune 500 companies General Electric, Goldman Sachs and Norfolk Southern appointed former chief information officers (CIOs) to senior financial positions. It’s about giving the corporate cheque book to the IT person.

The analogue economy is quickly giving way to the digital one with increasing buy-in from industry chiefs. “The biggest challenge for boardrooms is unifying the strengths of the ‘old’ with the opportunities of ‘new’, and faced with this challenge, executives look to data to qualify decision-making,” explains Paul Prior, managing director of FTI Consulting.

Top bosses now fully realise the potential for the digital imperative and its ability to change the fate of businesses. Tech-savvy chief executives are increasingly happy to drill down into reams of data themselves, and interpret information-driven modelling and simulations. For some corporations, business and technology strategies are increasingly aligned.

“There’s so much unstructured data around that the magic is in making business decisions quickly. The issue is that there’s a lot of ‘analysis paralysis’ with all this data,” says Mark Lillie, global CIO programme leader at Deloitte. “Enterprise agility is key. If you don’t move fast, your competition will move faster, with disruption coming into many markets. New entrants can also move with greater agility.”

It doesn’t help that we’re living in an age of individualism, according to documentary film-maker Adam Curtis. The collective is less trusted, with only our own voice and authenticity believed. It’s no wonder that boardroom decisions are more data driven. The days of consensus, gut-feeling pronouncements are perhaps less believed or adopted.

“I do not think that it’s quite that simple. The board has a culture and a dynamic, which determines how it uses data and how much data it needs to make decisions; many boards get too tied up in actuals and metric definitions. Ours has learnt there is a marginal return on the value of the data we receive and that issues which are trending, for example, can be more important than absolutes,” says Antoine Boatwright, CIO of Hillgate Travel.

It’s true that the most transformative products the market has seen from the iPhone to Tesla, Dyson to Google Glass were not the result of strict analysis of market data, but from true inspiration, revolution not evolution, disruption rather than incremental business change.

“If we only ever build bridges where people swam across rivers, we’d never have any cities,” says Tom Goodwin, head of innovation at Zenith Media and author of the book Digital Darwinism.

“There is a fascinating tension between data and disruption; to some extent they are opposites. Data is inherently backwards looking, objective and precise. Innovation and disruption are about what can’t yet be witnessed, isn’t yet possible and can’t be measured. A culture that needs to base decisions or create ideas around data will struggle to make the creative, gut-driven leaps of faith that real innovation needs.”

What is changing, however, is the realisation that data and IT has a core role to play in every business and corporate culture is key to enhancing or repressing the digital imperative, especially in those legacy organisations looking enviously at nimble challenger brands and startups, whether it be Lloyds, Halifax or Natwest salivating at Atom, Metro or Starling Bank or long-established estate agents looking at the likes of Purplebricks. 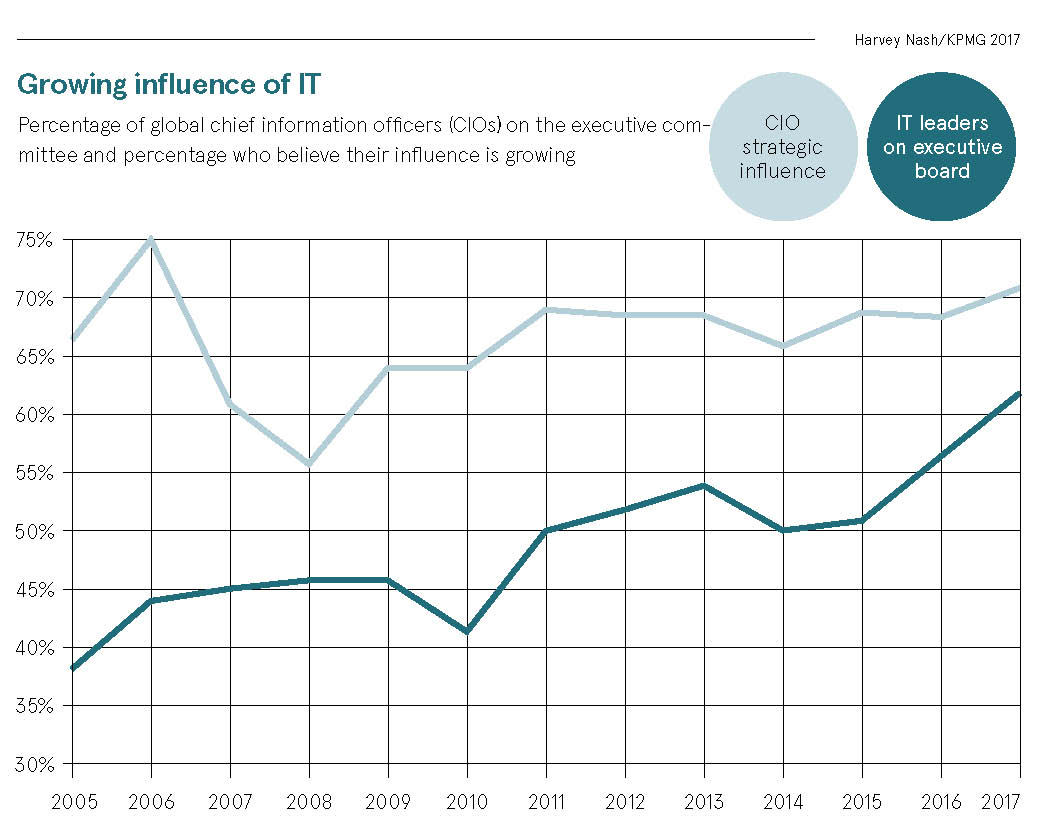 “Contrary to what one might think, digital transformation relies first and foremost on a culture shift, not technology,” says Ross Mason, founder and vice president of product strategy at MuleSoft. “Every organisation should have a CIO at the executive table, with a strong technology advocate and facilitator at board level. Companies will then be better equipped to understand the impact of technology on their organisation. As such, CIOs need to ensure the CEO is fully engaged in the digital journey.”

It is strange to think investing in hearts and minds is key to this new digital imperative, but the consensus is that this is absolutely crucial. The price of data and IT solutions has tumbled, so they’re easily bought in. It costs a lot more to reboot worker mentality. Luckily the legion of millennials coming into the workforce has this attitude as a default. They realise IT is a strategic asset, rather than a cost centre.

The next challenge as businesses transform digitally is to engage more with the data they’re collecting and knowing its true worth. “The question we ask companies is how can you take your core data and make platforms of intelligence? How can you orchestrate fresh intelligence at the boardroom level?” says Mr Lillie. “It is also about using IT tools to engage people, real people, whether it be employees or customers. After all, all businesses are people businesses.”

Conclusion – people are the new oil. Finite. A scarce resource. Data is the match that ignites it.