Miners at the underground Syama gold mine in the Malian desert are of a different kind. Gone are the days of descending in elevator shafts to toil with picks and shovels. The 1,500 workers at this state-of-the-art subterranean mine are as likely to be dressed in office wear as overalls and hobnail boots.

Owned by Australia-based Resolute Mining, the $223-million site is the world’s first fully automated mine. Equipped with everything from driverless trucks to robotic drills, the mine operates 24/7 and is up to 30 per cent more efficient than conventional mining operations.

Mining automation is taking off at pace around the world, but what are its implications for workers? Does its spell the end for soot-faced mine workers and, if so, what does the future hold for them?

John Welborn makes no bones about the fact that mining is entering an epoch-changing moment, yet Resolute Mining’s chief executive only sees advantages for workers. Automation offers jobs that are safer, higher skilled, longer lasting and, thanks to efficiency gains, better paid, he insists.

Because automation was built into the creation of the Syama gold mine, the threat of job losses hasn’t arisen. That said, Mr Welborn concedes that mining companies looking to shift to more automated systems have an obligation to invest in training up new employees and retraining existing workers.

Again, he is characteristically upbeat about the prospects of doing so. By way of illustration, he cites his octogenarian mother who, although once unable to even operate a video recorder, now uses a smartphone with ease. What has changed, he suggests, is the intuitive nature of modern technology.

He goes on to note that all 16 senior managers at the Syama underground mine were initially expats. Four years on, six are Malian. The remaining ten, meanwhile, have instructions to train up eventual local replacements within the next 36 months.

Such inclusion of local people is vital if the mining sector is to maintain its social contract, argues Nicky Black, director of social and economic development at the International Council on Mining and Metals, who says local communities rightly expect to benefit from mining automation.

Meeting this expectation will require proactive steps by the industry’s big players. “We will need to work across sectors in new ways to equip people with the skills they will need in an increasingly uncertain future,” she says.

Initial moves are already afoot. The government of Western Australia, for example, has a memorandum of understanding in place with COMESA (the trade bloc for eastern and southern Africa) that includes provisions to transfer mining-related knowledge and training.

Individual companies are also taking a lead. A case in point in Sandvik. The Swedish engineering firm, which is behind much of the automated tech in the Syama gold mine, offers its new clients a combination of classroom training, high-tech simulators and hands-on instruction. Mastering its automation system only takes a “couple of weeks”, according to the Riku Pulli, Sandvik’s vice president of business unit automation.

Rio Tinto is another company addressing the pending skills gap. The London-listed mining giant, which operates a Centre for Mine Automation in Sydney, recently announced a £5.26-million education programme with startup accelerator BlueChilli and Amazon Web Services. 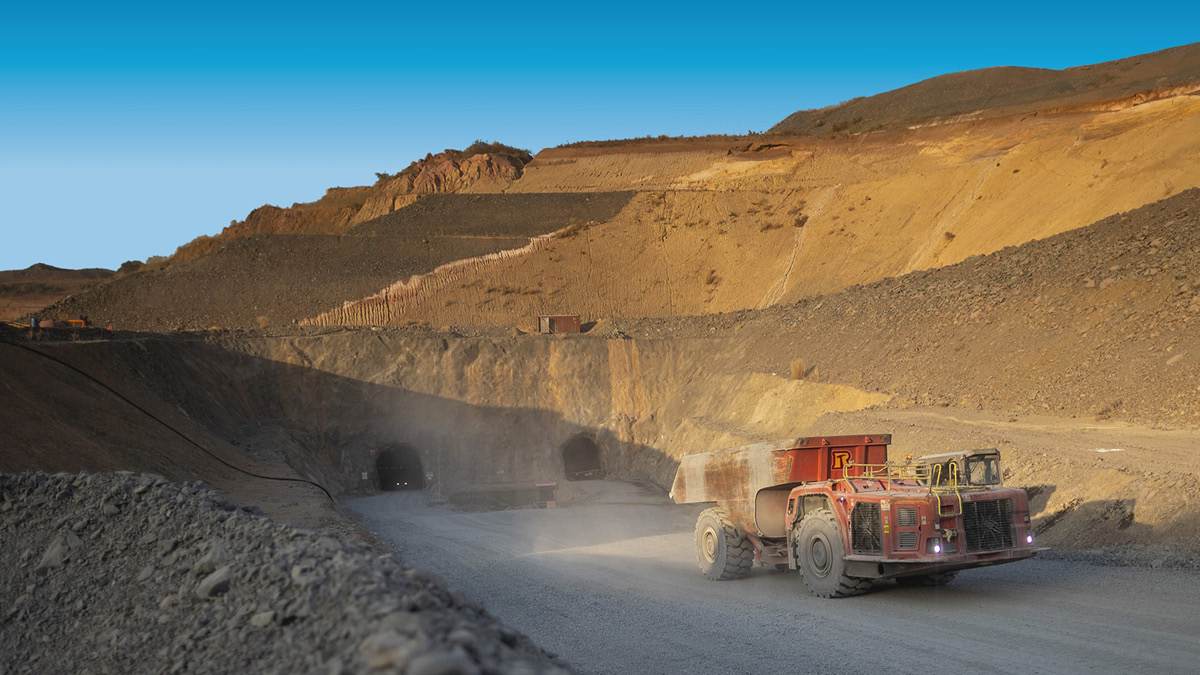 An automated truck at Syama

The four-year initiative aims to help school-age learners across Australia acquire work-related digital skills, such as systems design and data analytics. The focus on transferrable skills, rather than mining-specific aptitudes, marks a tacit acceptance of the role that mining companies have in preparing workers for jobs outside, as well as inside, the sector.

Creative responses from around the world

Creating such hubs will not be straightforward, Dr Ghebrihiwet concedes, although he points to the United Nations-backed African Minerals Development Centre (AMDC) in Addis Ababa as a good place to start. If successful, such alliances can help create spin-off firms that can in turn provide high-tech services to the mining industry as well as other sectors.

In low-income, resource-rich African countries, it will obviously be difficult to establish such research hubs. However, organisations such as the AMDC could help establish pan-African centres of excellence.

While the Syama gold mine proves that an inclusive approach to automated mining is possible, workers remain understandably nervous about the future. Coal India, for example, alone employs nearly 300,000 people. If mining automation affects just a fraction of these jobs, the investment required for retraining will be vast.

Even with the right training, mine workers will be disappointed if they expect a like-for-like swap in their employment. Truck drivers most likely won’t be overseeing the truck fleet once it is fully automated. Instead, the promise of automation is new jobs will emerge in areas such as mine maintenance, information processing and data science.

It is futile to try to halt mining automation, especially given the improved safety it offers, says Jeff Geipel, managing director of Canadian non-profit initiative Mining Shared Value. Yet the harsh reality is direct employment at mines is destined to dwindle. “So governments and industry will have to be creative to address this,” Mr Geipel concludes.