Why use virtual influencers?

It’s not often that the World Health Organization (WHO) enlists influencers to convey life-saving medical advice. But its mission to slow the spread of the coronavirus earlier this month saw the global authority spread the message of social distancing by diving headfirst into the world of selfies and hashtags, as well as the egos that often come with them.

Not so for one partnership. The WHO didn’t have to argue about caption content with Knox Frost. That’s because Knox Frost isn’t a real person.
Boasting one million Instagram followers, the computer-generated 20 year old is among a small but growing tribe of virtual influencers.

These creations are spoken about in the world of influencer management as if they are real people: they have backstories, home towns (Frost lives in Atlanta) and personal style. They are invariably good looking. Brands pay them to promote products. And most of the time, their creators are anonymous.

In the beginning was Lil Miquela

The queen of the virtual influencers is Lil Miquela, an ultra-cool, self-proclaimed “change-seeking robot”, widely considered to be the first of her kind. She is the poster child for the trend, having starred in a music video, spawned computer-generated friends, “shown up” at California’s Coachella rock festival and inked digital partnerships with the likes of Calvin Klein, Prada and Samsung. 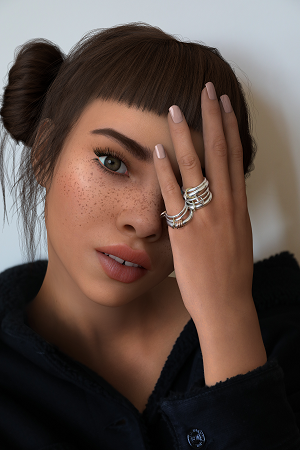 Lil Miquela, created by Brud, is a self-proclaimed “change-seeking robot”

Following two years of Insta-fame, Miquela’s inventors, a group known as Brud, are beginning to lift the curtain. Still, even after raising millions on the Silicon Valley funding scene, none of its executives will allow their names to be published.

“We wanted to create characters able to infuse empathy and understanding into their narratives, hopeful that their quest to understand humans ultimately reflects back a more hopeful, connected version of our own humanity,” writes a Brud source in an email, on the proviso of anonymity.

So far, so lofty. But why do brands obsessed with conveying authenticity want to work with artificial Miquela?

“Well, she’s probably the most reliable partner you could hire,” writes the Brud source. “She’s always on time. Second, she’s a representation of her fans, who tend to be Gen Z and young millennials, comfortable being the youngest person at a museum gala one day and in the middle of the mosh pit the next.

“And finally, a great brand is effective at telling its own story and managing a narrative that inspires, which Miquela is pretty good at too. That’s our number-one priority and, as a result, we don’t actually do that many brand deals. We partner with brands that are deeply aligned with our talent and collaborate in ways which feel honest and radical.”

It’s a logical argument. Brands are well attuned to the power of influencer, but are afraid of getting embroiled in a scandal. As social intelligence company Influential’s founder and chief executive Ryan Detert puts it, human creators could have “a crazy night, get arrested or they have a slur of some sort on their page”. Virtual influencers on the other hand “have a clean slate”.

Is that strictly true? When Miquela posted a vlog recounting how she’d been sexually assaulted in a taxi last December, she was quickly criticised for using real-life trauma for the purposes of entertainment. Her “friend” Bermuda has also been criticised for supporting US President Donald Trump, dragging the virtual influencer world into the murky depths of political advertising.

Meanwhile, action groups have questioned the sheer perfection of virtual influencers at large. Carolyn Bunting, chief executive of Internet Matters, notes: “If the risks of influencers are not addressed with children, many of the picture-perfect images they post have the potential to be damaging to a child’s self-esteem, body image and, crucially, their understanding of ‘real life’.” 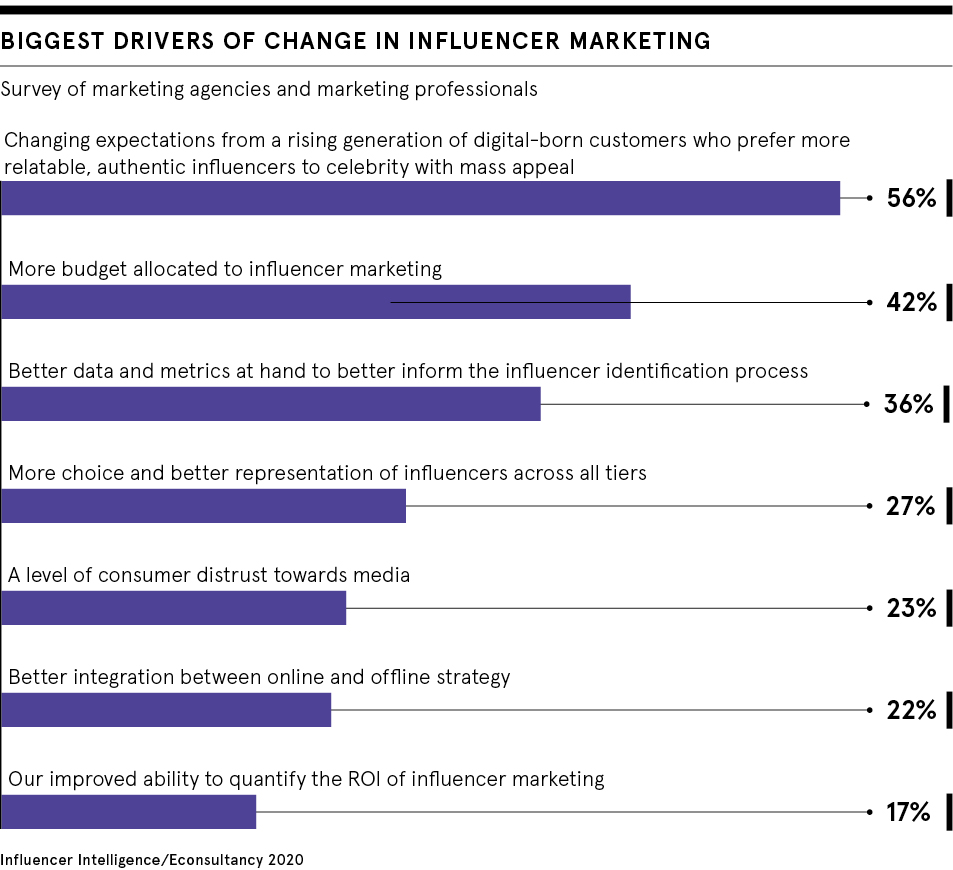 The value of real people

And with invisible creators pulling the strings, who is there to hold to account? Like the majority of internet trends, the future of virtual influencers is likely to be decided in the fallout of COVID-19. Some, such as Detert, believe now is their time to shine. Unlike their human counterparts, creators of computer-generated imagery have the freedom to post content beyond the boundaries of their lockdown living space and the ability to break up the monotony of the selfie-heavy feed.

Yet Lucy Robertson, account director of London-based influencer marketing agency Seen Connects, has a different view on what people and brands are craving during lockdown. She believes human authenticity currently holds a higher value than cutting-edge creative innovation and thinks using a fake person to provide an opinion that is favourable to your brand carries its own brand safety risks.

“In the current climate of coronavirus, the influencers that are excelling are those that have a skillset and a talent away from the online world,” she argues. “It’s people like [body coach] Joe Wicks, who’s getting up at 8am every morning and teaching the nation to get moving. It’s people like [actress] Daisy May Cooper, who is hosting free scriptwriting workshops on her Instagram account.

“It’s people who are taking the skills they’ve spent years finessing and giving them away because they know everyone’s in a time of need. Can virtual influencers do that? No. Because away from the platforms, they’re nothing but code.”

Technology
PETs: the tech balancing data insights and customer privacy
Technology
Carol Vorderman: business and education must work smarter to plug the AI skills gap
Digital Transformation
Anything goes: why more businesses are turning to XaaS
Opinion
The human cost of fintech success: can Revolut truly change its culture?
Opinion
The three vital technology trends no company can afford to ignore in 2023 (and one they can)
Technology
Why the analogue to digital switch is good news for businesses