When a US jury found Katy Perry’s 2013 hit Dark Horse had stolen a few notes from a 2008 record by Christian rapper Flame, it resulted in a payout to the tune of $2.78 million.

The case became the latest in a series of high-profile lawsuits that have prompted some in the music industry to question if copyright laws go too far and risk stifling creative freedom.

Perry’s lawyer Christine Lepera argues that by claiming copyright infringement on the notes in question, the plaintiffs are in effect trying to “own the building blocks of music”.

The 2019 judgment came less than five years after a US jury found Robin Thicke and Pharrell Williams’ 2013 hit Blurred Lines had infringed the copyright of Marvin Gaye’s Got To Give It Up, which ended in a payment to Gaye’s estate of around $5 million.

Alex Fewtrell, a solicitor at UK intellectual property (IP) specialists Briffa, says the latter case set a worrying precedent because Thicke and Williams were essentially sued for copying the feel of the song, rather than a specific part of it.

“It’s pretty much impossible not to be influenced one way or another by other music,” says Fewtrell. “Pop music goes through trends, so you’ll have similar motifs and similar rhythmic structures when a certain type of music is trending, and a lot of the music may sound quite similar.”

The ruling is making some musicians and producers uncomfortable. “It is absurd to sue because your song has the same feeling as another,” says León Larregui, frontman of Grammy award-winning Mexican rock band Zoé. 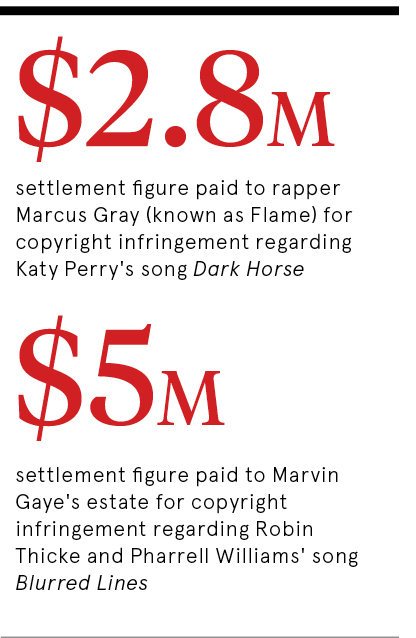 “Cases like this will affect the industry; you can’t get inspired anymore because you’re breaking the law. If someone sues you because your song has the vibe of someone else’s song, that’s wrong. It shouldn’t happen. Great music always comes from the inspiration of other great music.”

“It’s already having an effect,” says Peter Mason, senior associate at law firm Wiggin. “The number of claims has increased significantly and it’s much bigger than the headline cases that you see. There are a lot of claims made that are settled out of court.”

Critics of these recent high-profile cases say part of the issue is that in America juries can be called on to decide civil cases. And juries might not have sufficient technical expertise to understand what is actually capable of being infringed under music copyright laws.

“When you’re talking about the copyright in a song, that means the composition – the actual tune, the arrangement – not the feel or the genre or the production,” says Mason. “If you compare songs by listening to them, it’s very difficult for most people to separate the composition from the feel and the production.

Some in the music industry are fighting back. Kenneth D. Freundlich, a US attorney and founding principal at Freundlich Law, is representing a group of musicologists who are contesting those recent judgments by calling for court-appointed experts to be introduced to help judges better analyse such IP cases in music.

“The judge is supposed to provide a gatekeeper function, which means before deciding to send a case to a jury they have to analyse the music and its elements. But that in itself causes problems because judges don’t necessarily have any musical knowledge, so judges are hesitant to throw out claims except in the most egregious cases,” says Freundlich.

Lawyers are now closely watching the outcome of a brace of appeals that could provide more clarity on how music copyright laws should be interpreted in future. One of these is an ongoing dispute involving Led Zeppelin’s Stairway to Heaven and its alleged similarity to American rock band Spirit’s track Taurus, which is currently going through the 9th US Circuit Court of Appeals.

The outcome could impact other copyright disputes, including one involving Ed Sheeran’s Thinking Out Loud and Marvin Gaye’s Let’s Get It On, which a judge last year delayed pending the result of the Led Zeppelin case. Meanwhile, Perry is also appealing the verdict of the Dark Horse case.

In focus is the concept of so-called “thin” copyright that trivial elements of a song – the building blocks of music that do not include melody, rhythm, harmony or lyrics – must be virtually identical for copyright infringement to have occurred.

If judges were to apply thin copyright, it could start pulling the law back in the other direction, says Freundlich.

But the need to protect IP cuts both ways. Nobody in the music industry wants to see their own work being copied and, given the potential money at stake, there is a strong business incentive for copyright owners to enforce their IP.

“From a legal point of view, I have a lot of sympathy with finding infringement in those circumstances, because I would want IP holders’ rights to be protected,” says Oli Isaacs, managing director of artist management company This Is Music Ltd.

Isaacs, who was an IP lawyer before switching career paths, says there is a balancing act in music copyright between the freedom to create and protecting IP that makes it difficult to go too far in either direction.

“If you go fully towards facilitating creativity, you don’t sufficiently protect people’s creative endeavours through their IP. But if you protect IP too much you’re fettering creativity and you would never have had the Rolling Stones if Chuck Berry was able to sue them for ripping off his 12-bar rhythm-and-blues style,” he says.

One step which artists can take to limit the risk of being accused of copying others is to record their creative process, says Mason. “If you can show you have a completely independent creation process, that is your strongest protection,” he says.

And in the future, technology may also be able to help better apply music copyright law. “Artificial intelligence could analyse two songs and say it’s similar in instrumentation sound, but that’s not relevant, so you might be able to cut out elements which shouldn’t be protected as part of the composition,” Mason concludes. 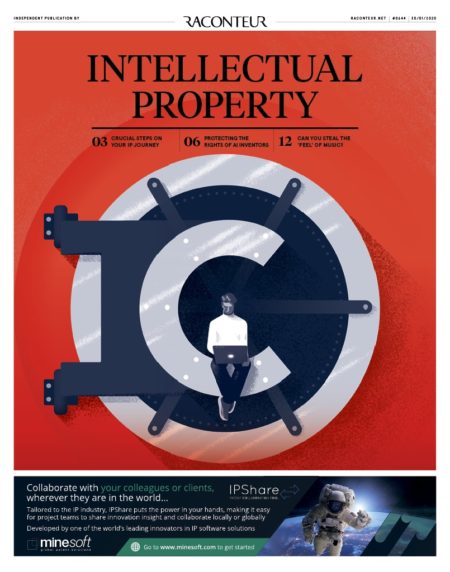