When Anthony Beilin suffered a prolapsed disc two years ago and was automatically afforded three months’ paid sick leave by his corporate employer, starting a business from scratch was the last thing on his mind. Yet as self-employed well-wishers expressed their envy at his financial situation, and it became clear inexpensive insurance cover for freelancers didn’t exist, Beilin identified a protection gap that he felt duty-bound to narrow.

“It was only after some freelance friends visited me that I realised the extent of my good fortune,” says the co-founder and chief executive of Collective Benefits. “The penny dropped when one said, ‘You are so lucky. If I had time off work because of sickness for a quarter of a year, I wouldn’t be able to afford the mortgage or cover child costs’.”

Alarmed but curious to explore this worrying comment, Beilin soon learnt the scale of vulnerability facing a growing number of self-employed workers, who typically don’t have the protection and benefits he had taken for granted. “What became apparent was that all these people had turned to self-employment for the same reasons of flexibility, greater earning potential and choice of work,” he says. “But they had left themselves in a risky position in terms of financial wellness.

“Most of them had children, but no income protection (IP) and they were not receiving the legal or financial advice they needed. I couldn’t comprehend why, in such a big shift in the make-up of the workforce and the rise of the gig economy, there were woefully inadequate services available for self-employed workers.”

Beilin resolved to revolutionise insurance cover for freelancers. In April 2019 he launched Collective Benefits, which provides freelancers with benefits including sick pay, maternity leave and mental health support. Validation that there is a market need arrived quickly as in late-November the young organisation was selected as one of 13 startups, out of more than 600 applicants, to join Facebook’s London-based accelerator LDN_LAB.

He points to research, published in January by responsible technology think tank Doteveryone, that suggests 93 per cent of freelancers lack any IP, health or critical illness cover. “That number is so shockingly high because freelance insurance products are inaccessible, inappropriate and unaffordable, something we are actively trying to solve,” says Beilin.

Insurance products should be adapted when new markets emerge, but the most prominent players are laggards

“Currently, for example, a self-employed individual might pay three times more for health insurance compared to the tax-efficient corporate rate. No wonder uptake in insurance cover for freelancers has been so poor and people are willing to risk living without that financial safety net.”

Providing reasonably priced insurance cover for freelancers is crucial for businesses in particular and society in general, given how rapidly the make-up of the workforce has transformed in the last decade. Indeed, the Association of Independent Professionals and the Self-Employed (IPSE) estimates the number of freelancers in the UK has surged by 35 per cent since 2009. Consider that the solo self-employed market contributed a whopping £275 billion to the UK economy in 2018.

IPSE calculates there is a record high of around five million people, just over 15 per cent of the UK  workforce, who are self-employed, of whom freelancers account for almost half. Only 4 per cent of those five million workers have IP in place, though, according to a recent report from insurer LV=. Moreover, 33 per cent of self-employed people could not survive for more than three months if they lost their income.

How have we got here? “Simply put, insurance products have not evolved in 300 years,” argues Beilin. “It seems obvious that they should be adapted when new markets emerge, but the most prominent players are laggards.” 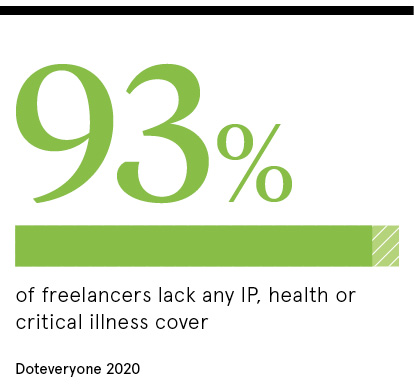 Ben Rose, chief underwriting officer and founder of Digital Risks, an insurance provider focused on the requirements of digital businesses, agrees. “The shift to self-employment has developed at an astonishing rate,” he says. “The transition has happened so quickly that an insurance lag has developed, whereby traditional market players’ rigid policies are unable to match this fast-moving industry.”

However, the meshing of two verticals – the shift towards a freelance workforce, plus the ability to distribute and engage people on digital platforms – has forged an exciting chance for those progressive and agile enough to take advantage. The sluggishness of market incumbents has accelerated the emergence of nimble insurtechs, such as Collective Benefits, Digital Risks and many others, looking to offer freelance insurance that is specialised, personalised, flexible and wide-ranging, at a reduced cost.

“There are great opportunities for the insurance sector to refresh its approaches and offerings to serve this growing self-employed market,” says Freddy Macnamara, founder and chief executive of Cuvva, which has been offering flexible car and travel insurance through its mobile application since 2017. “Innovative startups are stepping up to the challenge, building flexible, short-term products, filling a gap between commercial and personal insurance.

“The flexibility of short-term insurance that can be switched on as needed is filling a much-needed insurance gap, providing gig-economy workers and freelancers with a better alternative.”

Insurance cover for freelancers on demand may be a click away for those in the know, but are enough self-employed workers sufficiently educated about their insurance options? Steve Bryan, director of distribution and marketing at The Exeter, an insurance provider that celebrates its centenary in seven years, understands why more people are opting for a freelance career, but warns: “All that glitters is not gold.” He is sure more can, and must, be done to help freelancers.

“Undoubtedly, there is still a significant ‘protection gap’ and advisers play a critical role in narrowing that gap,” he says. “They are ideally placed to kickstart those difficult conversations and educate their freelancing clients on why IP is a necessity and not just a ‘nice to have’.” 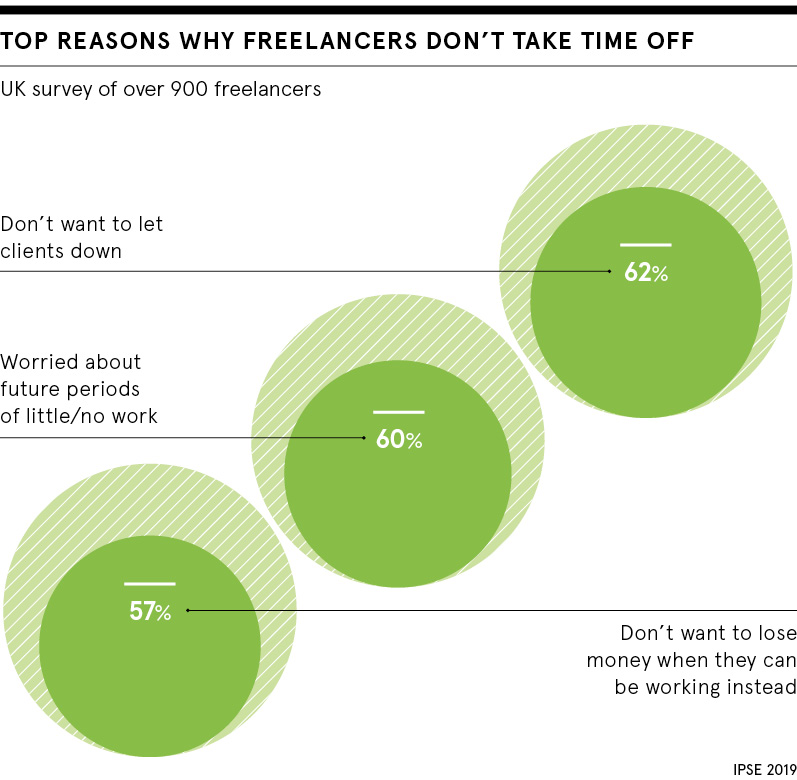 Rallying for a more joined-up approach, and collaboration between the insurtechs, more traditional providers and the government, Bryan adds: “Ultimately, advice is what is going to make the difference and will be the driving force behind how the freelance insurance marketplace will look in five years.”

Given the record number of self-employed workers looks certain to continue rising in the coming decade, it makes sense for everyone in society that education and advice is provided as soon as possible. 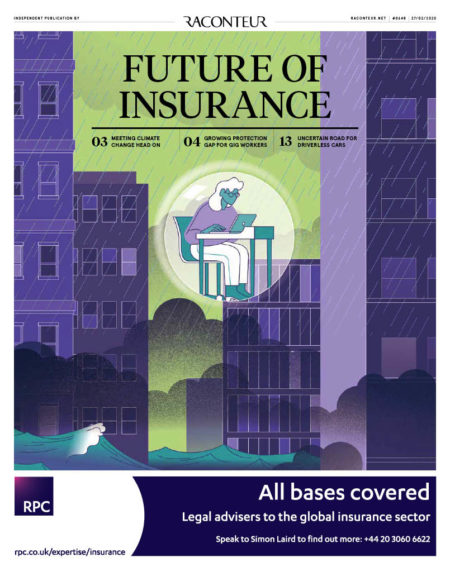 How driverless cars will affect insurance