With under a year to go, most have tired of the meaningless “Brexit means Brexit” mantra. Whether it is hard, soft or scrambled and whether we stay in the single market, a single market or find a whole new marketplace, what should a designer Brexit – one that works for the UK’s flourishing intellectual property (IP) and life sciences industry – look like?

IP laws are pretty much harmonised across Europe, and the UK has played a pivotal role in creating a system that is widely regarded as offering an efficient, consistent and effective approach.

But, as Sally Shorthose, partner at international law firm Bird & Bird, explains, European Union laws are the heart of the European IP system. “Much of the UK legislative framework in this field is composed of directly effective EU regulations and transposed EU directives,” she says. Unless those regulations relevant to IP and life sciences are transposed into English or Scottish law post-Brexit, a “regulatory vacuum” may be created.

Unpicking some or all of those regulations and directives, adds Simon Miles, partner and head of IP at London law firm Edwin Coe, is going to be problematic for lawyers and, in turn, businesses.

The key need for the industry, says Alan Johnson, partner at London law firm Bristows, is continuity and certainty, and to ensure IP rights are not lost or prejudiced.

The preferred method to achieve this, he says, is the so-called Montenegro option under which all existing EU rights automatically transfer.

A degree of certainty was afforded by the colour-coded Draft Withdrawal Agreement in March indicating where the EU and UK negotiators are singing from the same hymn sheet. With the proviso that “nothing is agreed until everything is agreed”, after the transition period owners of EU trademark registrations, community designs and community plant variety rights will become holders of a comparable registered and enforceable right in the UK.

As an important aside, it should be noted that UK patent attorneys will be able to carry out European patent work after Brexit. Mr Miles explains: “The European patent system is not an EU institution and is unaffected by Brexit.”

One key issue that the withdrawal agreement was silent on was the UK’s involvement in the European Unified Patent Court (UPC). It is designed to be located with central divisions in three cities – Paris, Munich and London – with local and regional divisions in each member country, and an appeal court in Luxembourg.

Patent holders around Europe will benefit from predictable, well-reasoned decisions that apply across Europe

Not yet ratified by the UK and stalled by a German constitutional complaint, the UPC is unlikely to come into being before Brexit. But, says James Horgan, president of the IP Federation, there is a general desire for it to come into operation and for the UK to be in it, and in it for the long term. “Patent holders around Europe will benefit from predictable, well-reasoned decisions that apply across Europe,” he says.

While the court is set up as “an EU club”, says Mr Johnson, there is support for finding a way to accommodate the UK.

“And, if the UK can stay in the UPC after Brexit, it raises the possibility for other non-EU states to be members too,” Mr Horgan adds.

While “leavers” may say Brexit provides the potential to streamline IP legislation and help innovative companies get their products to market faster, most in the industry see little benefit from the upset.

Ms Shorthose says there is a possibility after Brexit that the UK government may have greater flexibility in the way it provides a more favourable tax regime via the Patent Box scheme, whereby companies can apply a lower rate of corporation tax to profits earned after April 1, 2013 from its patented inventions.

While the scheme is incorporated with domestic tax law, some of the rules on implementation, such as the definition of a small or medium-sized enterprise and restrictions on state aid, are determined by the EU. “This regaining of control may prove to be good news for innovators,” she says.

On the issue of geographic indicators (GIs), protecting the likes of Champagne and Parma ham, Ms Shorthose says that while in principle they may no longer be enforceable in the UK and vice versa post-Brexit, opening up a range of threats and opportunities, the EU has made it clear the UK is expected to continue to honour them. So at least it’s potential good news for Melton Mowbray pork pies – and others. 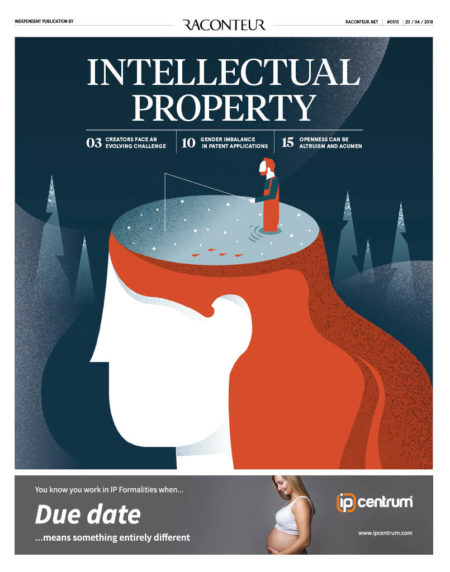