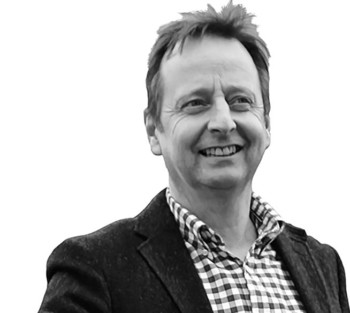 Phill Cartwright, executive chairman of the Centre for Modelling & Simulation

Industry 4.0 is the bringing together of robots, interconnected devices and fast networks of data within a factory environment, basically to make the factory more productive and to execute the routine tasks that are best done by robots and not best done by humans.

Industry 4.0 starts to move towards Industry 5.0 when you begin to allow customers to customise what they want

There are reports flying around at the moment saying the UK can get massive benefits from Industry 4.0 and it can, but we’re not at the beginning; we’re right in the middle of it.

To me, it’s not just about generating increased productivity, but long-term, high-value careers because jobs change as you’re introducing Industry 4.0 technologies into a factory. As soon as you enter an Industry 4.0 factory, you also get a massive increase in safety, quality and reduced waste. 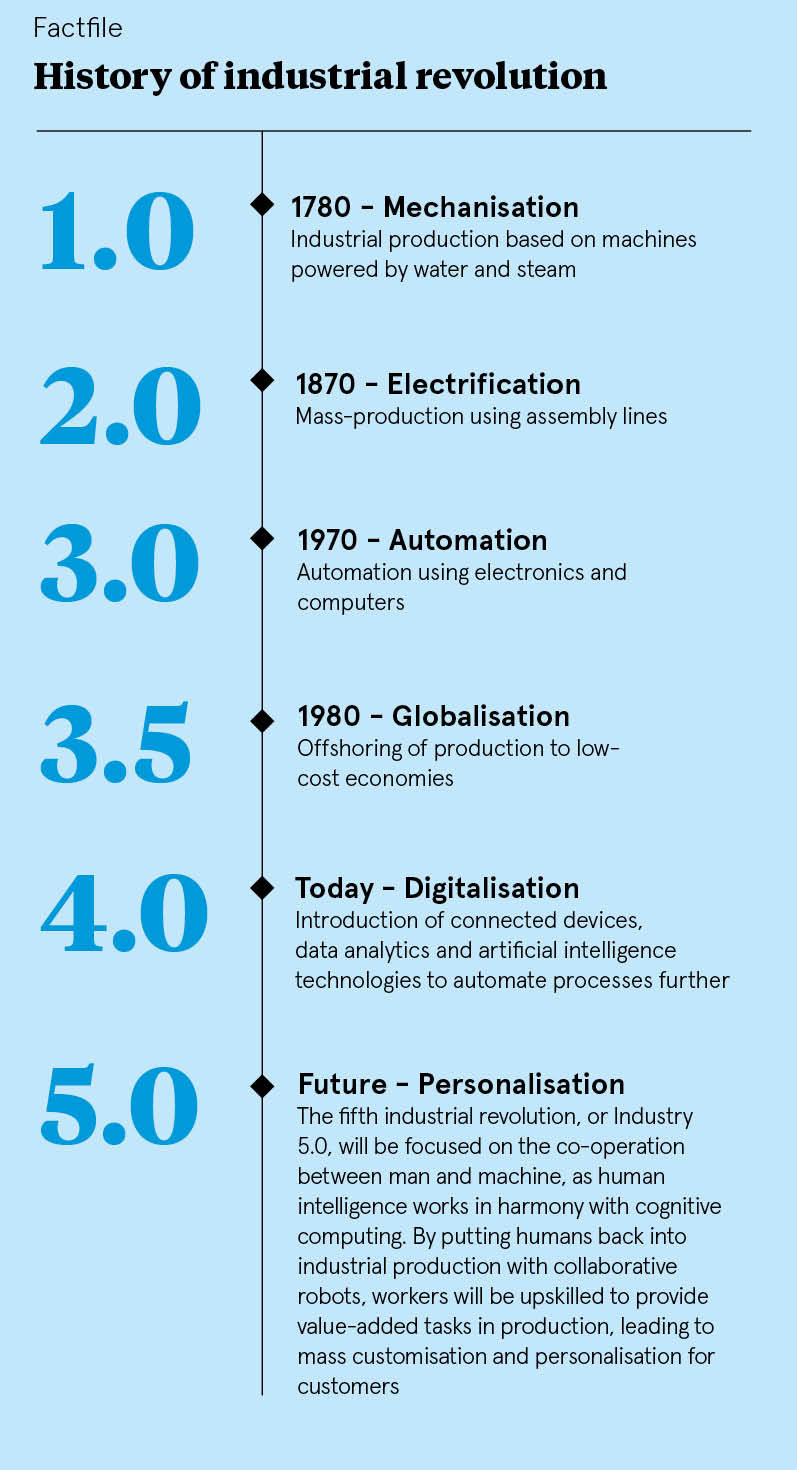 Industry 4.0 moves towards Industry 5.0 when you allow customers to customise what they want. With Industry 4.0, you can already design your own trainers online and the manufacturer you choose will have the right technology to deliver those trainers to your door.

You can also go on the Mini website and select the kind of car you want with thousands of different variables, not just colours, headlights and interiors, but lots of other apps as well. Industry 5.0 takes the concept of personalisation to the next level.

Well, for example, the medical profession is working towards an artificial pancreas and it’s not quite there yet. Type-1 diabetes sufferers are issued with a device that draws blood and measures sugar levels in your blood. That device talks to another device which then delivers insulin into your blood. It kind of works, but it’s a one size fits all and the medical professional does its very best to try and tweak the control system for the individual.

Type-1 diabetes is very hard to control because we all have different metabolic rates and we’re all different sizes with different skin thicknesses, behaviours, lifestyles and so on. If you move to Industry 5.0, it enables you to give individuals an app that follows their lifestyle and routine, and produces a manufacturing process for diabetes control and ultimately a smaller, more discrete and robust device that’s tailor made for the individual.

Industry 5.0 takes the concept of personalisation to the next level

So for diabetes sufferers, the ability to manufacture an Industry 5.0 process would be completely life-changing for them. The technologies deployed  are the artificial intelligence (AI) techniques that basically understand and work out how your body is going to react to the device itself, and then take measurements from the field and learn how the body has reacted. They feed that into the manufacturing process to make the best artificial pancreas there is for that particular individual.

What will Industry 5.0 do for human workers?

As you go from Industry 4.0 to Industry 5.0, you create higher-value jobs than before, because you’re giving the freedom of design responsibility back to the human.

A recent study from Meggitt shows the workspace doesn’t become smaller in terms of a manufacturing cell around the human being; it actually becomes bigger. The human being has more responsibility and you end up with a bigger, lighter environment that’s safer than the previous one.

The operative within the manufacturing cell starts to become more involved in the design process rather than the manufacturing process, which is more or less automated. It allows freedom of design to work with you and enables products that are more bespoke and personal.

How will Industry 5.0 bring humans closer to the design process of manufacturing?

Industry 5.0 will give us the ability to close the loop so we can push the boundaries of physics on design. If you’re trying to make the next-generation aircraft, for example, you’re constrained by today’s manufacturing capabilities. You’re also constrained by the amount of data that you have coming back from the infield service of an aero engine or aircraft and your ability to feed that in-service data back into the design process.

With Industry 5.0, you’ll be able to automate the manufacturing process better, which means you’ll have real-time data coming in from the field

With Industry 5.0, you’ll be able to automate the manufacturing process better, which means you’ll have real-time data coming in from the field. In the last ten years, Rolls-Royce’s business model has flipped from selling engines to driving 50 per cent of its revenue from services.

They can do that because they understand the design of failure of that engine. They know what the quality process is of that engine and they know how they want that engine to perform. Wherever a Rolls-Royce or GE engine is in the world, they know how fast it is, how hot is it, its altitude and where it is in its performance lifecycle compared to where it’s supposed to be as per its design capability.

If you take that to the next stage and you have true, seamless data between the field, the manufacturing process and the design, you’re taking humans out of the manufacturing route, but they’ll be more involved in how the product is being used and how it can be designed because they have more information. Flipping the aero and automotive industries from a fossil-fuel world to an electrical world, for example, is going to be a significant design challenge and it will be much easier for humans to solve if the mundane tasks are being dealt with by AI techniques and robots.

Will the UK lead the fifth industrial revolution?

A recent report by Jürgen Maier found the UK’s manufacturing sector could unlock £455 billion over the next decade if it cracks Industry 4.0, with probably 175,000 highly skilled jobs to go along with it, but that requires leadership and intervention from the government. We have the best research in this area in the world, but other countries have clear positions from their governments on intervention to make it happen.

I think the good news is that the government has realised this is an area worth investing in. But the needle needs to move a little bit to take the brilliant research out of the universities and into industry. With a small amount of intervention and some leadership, we may not have been leaders in the fourth industrial revolution in this country, but I’m pretty certain we could be absolutely the leading front on the fifth industrial revolution.