These are tough times for the fashion industry and boom times for counterfeiters. Once fakes were sold on street corners. Now the underground has gone overground, with technology providing a global platform for elusive traders. A study by analytics firm Ghost Data this spring suggests that nearly 20 per cent of all posts about fashion products on Instagram, for example, feature counterfeits.

“Online has meant that access to fashion counterfeits has exploded. There are so many ways for counterfeiters to sell this stuff and the challenge is to get these channels to adopt better practices,” says Bruce Foucart, deputy director of the International Chamber of Commerce’s Business Action to Stop Counterfeiting and Piracy. “Are they responding? Well, yes and no.”

What can brands do to stop counterfeiters?

Pressure is applied, he says, but it still typically falls back to expectations that fashion brands should be doing more to stop counterfeiters in the first place. So, if technology is providing counterfeiters with a route to market, can tech also counter counterfeiting? Holographic bubbles, radio-frequency identification chips, smart tags, blockchain – so-called check tech – are exploring every angle.

“The market for technological solutions to counterfeiting is increasing tremendously; 20 years ago there was almost no tech being used,” says Dr Fred Jordan, chief executive of anti-counterfeiting technology company AlpVision.

“The problem is that most technology being used at the moment is tech you can see: a hologram or a scannable tag, for example. Then it just becomes a battle between the users of tech and the counterfeiters finding ways around it. What’s crucial now is that the tech has to be effectively invisible; counterfeiters don’t respond to it because they don’t know it’s there. It’s security by obscurity.”

Unfortunately for fashion, copying a pharmaceutical is not easy, while copying a pair of Nikes is not so hard

AlpVision’s Cryptoglyph system prints an “invisible” and random digital image on packaging and labelling that only software can see. Users of the system, typically along the supply chain rather than end-consumers, assess whether a product is genuine using an app. How the app works, of course, is secret. Serious counterfeiters would need to become hackers.

But Jordan concedes that tech is unlikely to be enough; it’s more a tool for brands and their lawyers to attempt to bring prosecutions. This perhaps explains why much of the work being done to beat counterfeiters is more in pursuing legislation than further tech. Nike, for example, is backing draft legislation that would give US Customs the authority to seize goods believed to infringe patented designs at the border, rather than having to go through a slow and, for small companies, prohibitively expensive trial.

Yet, what if a means of assessing the authenticity of a product could be put in the end-consumer’s hands? That’s the longer-term plan for Vidyuth Srinivasan, co-founder of tech company Entrupy.

Its “fingerprinting” system, which uses a proprietary optical scanner to record up to 1,200 datapoints about an object, from texture to colour contrast and even microscopic imperfections that are all unique to that object, has been trialled with a UK retail chain and is currently being used by a number of manufacturers in the handbag and accessories market. More than invisible, there’s no physical record left on the object at all. Surely this is a game-changer? But he too is circumspect.

“When we started developing this technology, our idea was that we’d solve the global problem of what is, in effect, an entire shadow economy. And I think we’re close to having that ultimate authentication tech,” says Srinivasan.

“But still this disincentivisation of counterfeiters is mitigating what is actually a hugely complicated problem. This might allow a supply chain, retailer or eventually a consumer to guarantee the authenticity of what they buy but, of course, it doesn’t stop counterfeits being made. Tech is one part of the puzzle.”

The darker side of counterfeiting

“The fact is, while it doesn’t help that fashion is not a sympathetic victim [not least, it might be argued, because fast fashion has seen it rebuilt on legal copying], the money generated by counterfeiting goes on to fund organised crime, terrorism, child exploitation,” he says of what’s typically regarded as a low-risk, white-collar crime. “That insight resonates with consumers. The challenge for luxury goods makers is that consumers generally don’t know those consequences.”

Why “exclusivity” is a double-edged sword

Or, perhaps, consumers don’t even care. Particular to counterfeited fashion goods is its desirability is in part predicated on its “exclusivity”. “That means there’s a lot of money to be made by people who can meet demand at a lower price point and, unfortunately for the fashion industry, copying a pharmaceutical is not easy, while copying, say, a pair of Nikes is not so hard,” says Dr Amanda Budde-Sing of the US Air Force Academy’s international management department and author of a paper on Australian bootmaker Ugg’s long trademark battle. 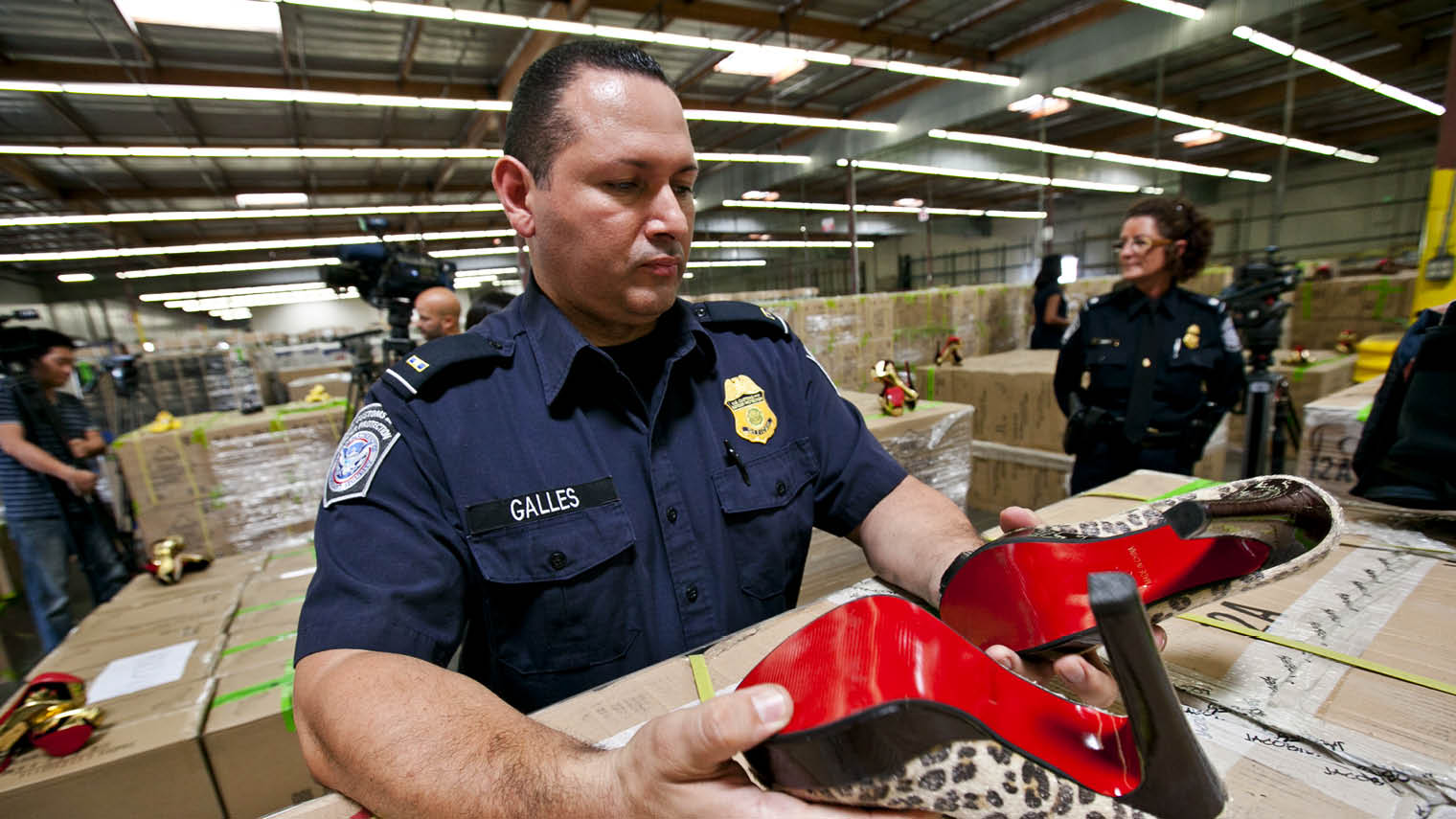 Tech may help keep fakes out of supply chains, which protects consumers who want to be confident they’re buying the real deal. “But the fact is that, ultimately, it won’t help fashion beat counterfeiting one tiny bit,” Budde-Sing adds. “Because the vast majority of people, who buy counterfeit fashion, know they’re buying a counterfeit and don’t care.”

Her new, as yet unpublished, research suggests that a counterfeit is either a stop-gap until the consumer can afford the real deal or purchased in the belief that it’s as good as the real thing, but a fraction of the price. Fashion brands may be bothered by supposed lost sales, but more so by the damage to their reputation as counterfeits suggest their products are not so exclusive, after all.

“But they also have to accept the bottom line that if a high-end fashion brand isn’t being counterfeited, it’s because it’s no longer desirable,” Budde-Sing concludes.