One of the biggest problems with favouritism in the workplace is that managers are often unaware it exists. So how do business leaders tread the fine line between meritocracy and prioritising their favoured employees? 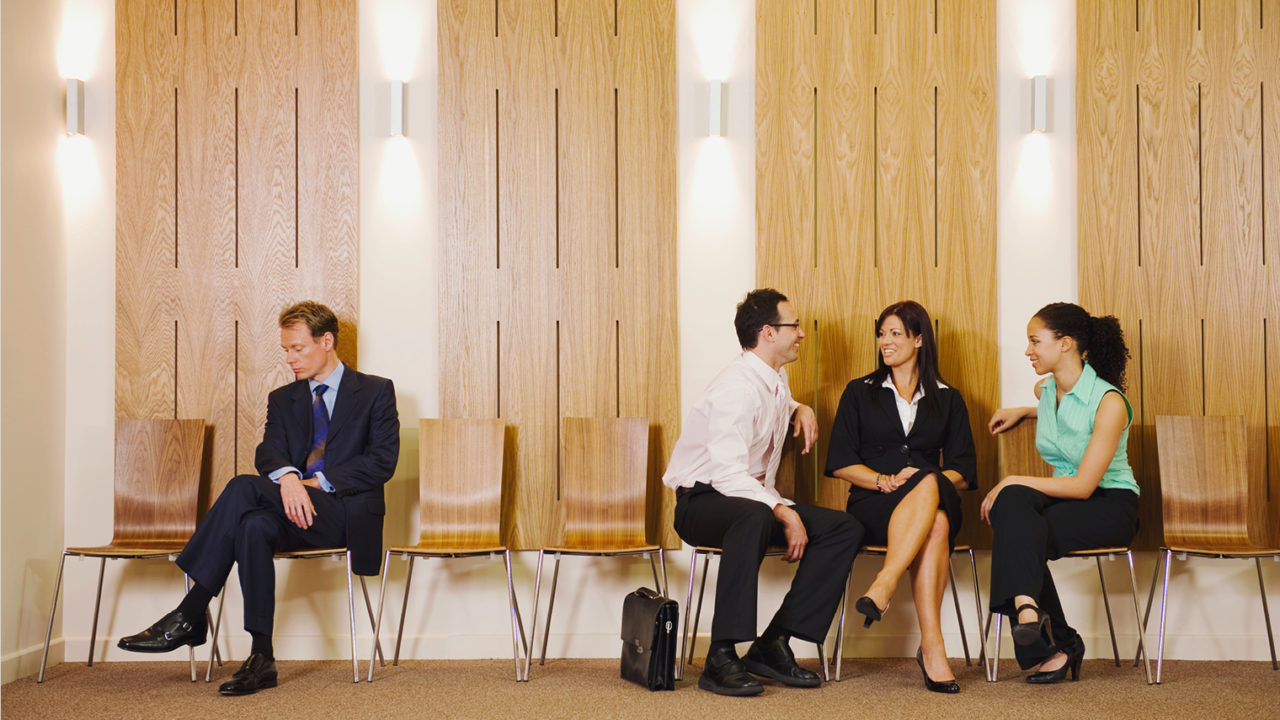 Managerial favouritism at work tends to be one of those things that is rarely recognised, acknowledged or talked about, unless you happen to be an employee who experiences it.

One of the reasons why the issue is so seldom proactively addressed at the leadership level is that such behaviour is often unconscious and so managers either defend or deflect it.

As Robert Ordever, managing director at employee recognition and rewards specialist O.C. Tanner Europe, points out: “For someone with favourites, it’s easy to say ‘they’re the best people and those who are complaining aren’t, but if they did a better job, there wouldn’t be an issue’. But what is a leader’s job if not to develop and nurture others, and if you have favourites, you’re neglecting that.”

Neuroscience shows that if people feel excluded, the same area of the brain is affected as when they experience physical pain

Managers are, of course, only human, which means it is inevitable they will personally like some employees more than others and place more trust in those they perceive to be high performers.

But because their behaviour is bound to be scrutinised, analysed and magnified in the minds of staff, it is vital they are seen to be as even-handed as possible. Otherwise activities that are often construed as favouritism at work, such as regularly going to lunch with a select few, or consistently giving the same person the choicest jobs or that coveted promotion, will quickly be picked up on by others, particularly if it is not seen as justified.

A key issue is that people outside of the inner circle feel unappreciated and excluded, which leads to feelings of disillusionment and disengagement. This situation, in turn, has a negative impact on productivity and ultimately means they are more likely to leave.

The pain of feeling excluded

Harriet Heneghan, director and executive coach, Europe, Middle East and Africa, at leadership development and training consultancy Black Isle Group, explains the rationale: “It goes back to ‘in’ or ‘out’ group-thinking, with people wanting to be part of a group as it makes them feel safe.

“Neuroscience shows that if people feel excluded, the same area of the brain is affected as when they experience physical pain, but they also feel unfairly treated and angry, which is toxic if it builds up over a length of time.”

Another challenge is that, as individuals become increasingly demotivated and inevitably start to underperform, a negative spiral results in which their managers become even less inclined to give them interesting and challenging work due to a fear they can no longer be relied upon.

But Sir Cary Cooper, professor of organisational psychology and health at Manchester Business School, University of Manchester, warns that showing this kind of favouritism in the workplace, which is only one element of an “entire complex of behaviours of the socially unskilled manager”, is very destructive.

“They use favouritism at work in a punitive way because, while they may not verbalise it, the implication of their actions is that ‘you’re not as good as Fred and you have to be like him to succeed’,” he says. “But this kind of management style not only damages team spirit, it’s also damaging to the team’s mental health as it leads to stress and depression.”

The art of getting it right, on the other hand, is about ensuring everyone feels appreciated, valued and trusted equally, no matter what their strengths and weaknesses or their manager’s personal feelings towards them.

“The critical thing is people want to be recognised for what they do,” says Professor Sir Cary. “So it’s about managing by praise, reward and recognition, rather than fault-finding. It’s also about giving constructive feedback on how to do something when people make mistakes.”

Praise where it is due

But such activities must be timely and, just as importantly, genuine. “Only give praise when people have done a good job and they know it,” he advises. “The problem is, if you say ‘that was outstanding’ all the time, the currency of recognition becomes devalued.”

Another important consideration is to make it clear why an individual deserves to be praised. Mr Ordever at O.C. Tanner explains: “If you just tell everyone that ‘Sam is great’, it won’t go down very well. But if you explain why and link that to corporate strategy and values, it feels less about favouritism and more about an acceptable meritocracy.”

The idea, he says, is to create a culture of appreciation that is based on nurturing and supporting both the weakest and strongest performers, as well as playing to their strengths.

“When you publicly reinforce what good looks like, and that changes, you continue to raise the bar and challenge people,” Mr Ordever points out. “It’s difficult to accuse leaders of favouritism at work if employees are recognised and praised for reasons that are shared and open.”

Ultimately though, it is important to ensure every leader is held accountable for developing their people and that they have the skills and know-how to do so.

“I’d estimate that between 20 and 25 per cent of managers have natural people skills, about 50 per cent would benefit from social-skills training, and 10 to 15 per cent are untrainable personality-wise and should never be let near a management role,” Professor Sir Cary concludes. “The issue is that managers, who are socially unskilled, are harming their team’s mental health and favouritism is one of those behaviours.”