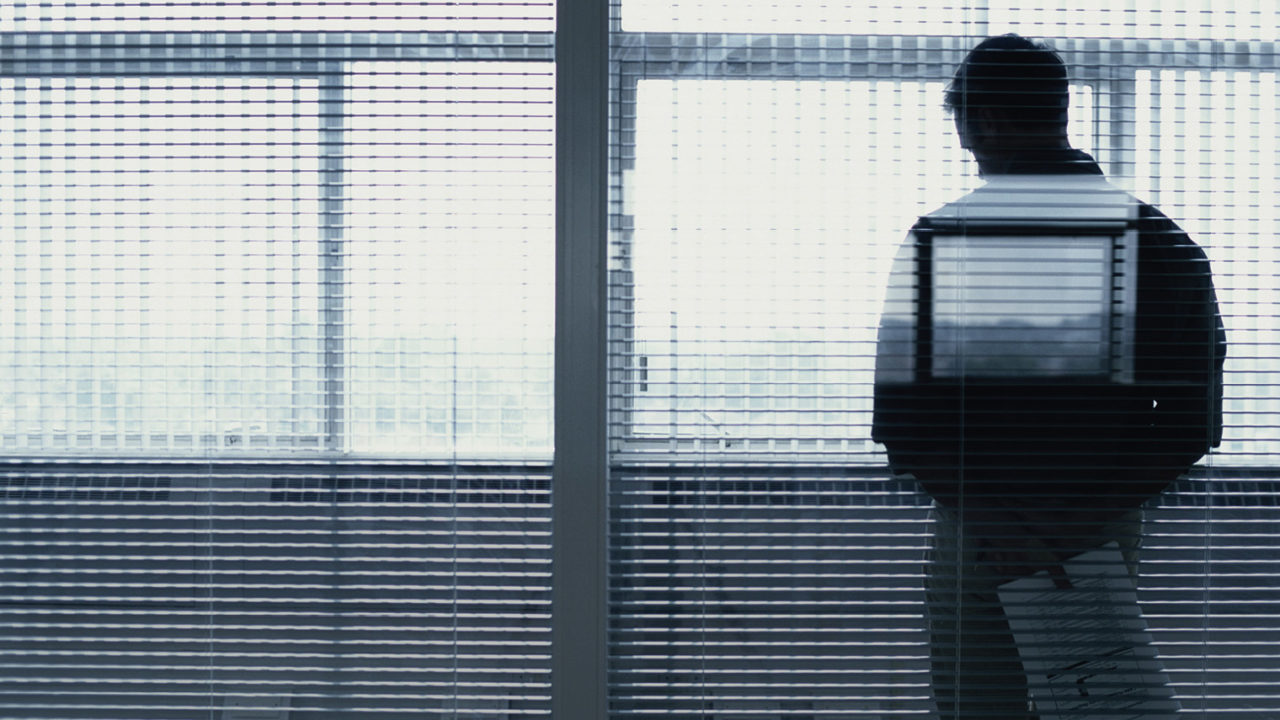 Increasingly, business leaders are speaking out about how workplace mental health issues, such as anxiety, affect their lives, even when they appear to be successful and at the top of their game, responsible for decisions that affect thousands of people.

Even when his business was doing well and his family life was contented, Adam Shaw struggled with his emotional problems. “I had a lot of anxiety over the business,” he says. “I got very down and my OCD just came crashing down on me.”

To the outside world, Mr Shaw was the highly successful entrepreneur behind a multi-million-pound legal services business employing 1,000 people. But behind the confident façade was a man whose life was dominated by crippling anxiety. His mental illness became so debilitating that he tried to take his own life, but was rescued by police as he prepared to jump from a bridge in Sheffield.

“There was no way out,” he says. “I couldn’t find safety, so I rationalised with myself that it was like a terminal illness and I would be in a better place.”

Mr Shaw’s anxiety was rooted in obsessive compulsive disorder (OCD), which had a profound impact on his childhood and teenage years in the 1980s and 1990s. Because of the stigma of mental illness, he felt unable to seek help and he was not diagnosed until his late-20s.

Leading from the front to tackle workplace mental health issues

The business world was shocked when António Horta-Osório, chief executive of Lloyds Bank, took leave of absence as he struggled to come to terms with anxiety and sleep deprivation caused by the enormous effort of trying to turn around the bank’s fortunes.

Following his experience, he has now introduced a leadership resilience programme for the senior team at Lloyds, aiming to help executives manage the demands of being in high-pressure roles.

As with our physical health, all of us can experience periods of mental ill health when immediate treatment is needed

Mr Horta-Osório says: “The most important change needed is one of mindset. We must move to a way of thinking that recognises that we all have mental health just as we all have physical health. As with our physical health, all of us can experience periods of mental ill health when immediate treatment is needed, or we run the risk of developing long-term conditions that will need continuing support.”

Anxiety is typically described as a feeling of unease, worry or fear. When it becomes acute, the effects can be debilitating. Some people are more vulnerable to it than others, at different periods in their lives. Anxiety is not something we can ever wholly eliminate and it can, at times, be helpful in improving our performance. But too much and it can be corrosive, on occasion leading to alcohol and drug abuse.

Companies are introducing programmes to help workers cope better with stress and anxiety. Even in industries such as finance or technology that are intensely competitive, there is increased understanding that attending to employees’ mental wellbeing may be good for profits. Approaches to health and wellbeing explicitly reference mental health, and line managers are given training on recognising and managing workplace mental health problems.

Employee assistance programmes are devoting significant resources to workplace mental health support and are often the first point of contact for employees who feel unable to speak directly with colleagues in their workplace. Mental health first aid training has also become an important resource for organisations looking to do more for employees. 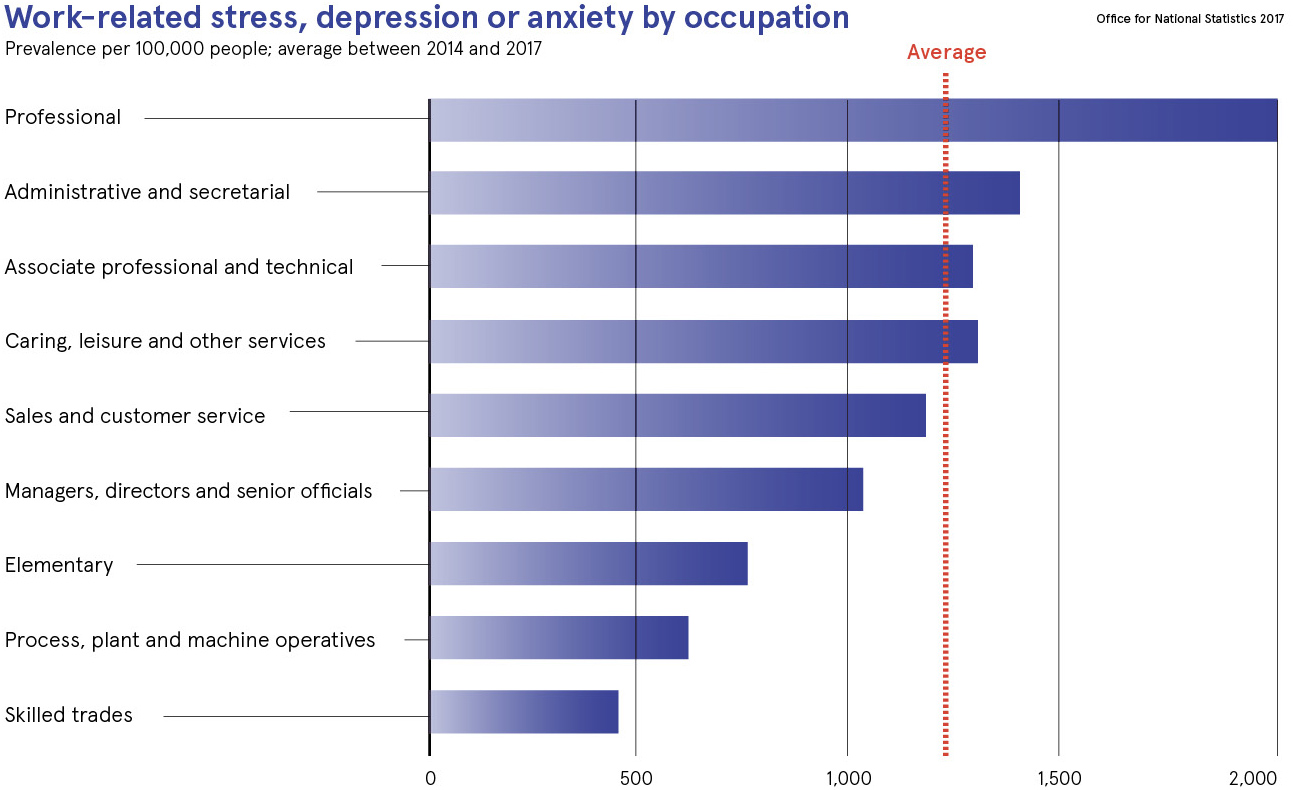 Initial measures are but a first step for workplace mental health

The Bank of England has been at the forefront of the transformation in the City of London’s approach to workplace mental health. Adam Spreadbury, a senior manager at the Bank, suffered from depression and needed time off. He commends the support of his line manager at the time, who helped with his phased return to work.

Mr Spreadbury played a key role in setting up a Mental Health Network, which has fostered a culture across the Bank to encourage discussion about mental health. This includes insightful events where staff speak openly about their experiences. “They are very powerful events in helping all employees to understand that having a mental health problem is part of everyday life,” he says.

Although there has been progress, much remains to be done. Last year a workplace mental health survey for Business in the Community (BITC) revealed that 15 per cent of employees had faced demotion, disciplinary action or dismissal after admitting a mental health problem. “This is simply unacceptable,” says Louise Aston, BITC’s wellbeing director.

Mr Shaw also believes that employers must do more. He set up the Shaw Mind Foundation, a mental health charity. His ambition is to introduce mental health lessons into the schools’ curriculum and wants employers to get behind him. “Currently, the cost to business of poor mental health is enormous,” he says. “It is in their interest to make sure the next generation is better prepared and more resilient to the pressures of the modern workplace.”