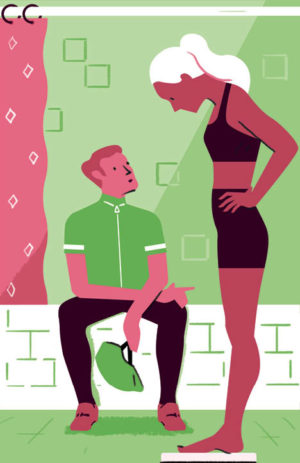 Being too thin can be just as damaging as being too fat when it comes to conceiving, particularly if ultra-low body fat levels trigger a shutdown of the ovaries. Women with a body mass index of 18.5 or below, officially classed as underweight, may produce lower levels of oestrogen and will often experience either irregular or no periods. For women whose thinness has been caused by extreme calorie restriction, regular menstruation will begin again fairly quickly once a normal BMI of between 18.5 and 24.9 is achieved. Tim Child, medical director of Oxford Fertility and director of The Fertility Partnership, advises would-be mothers suffering erratic periods to reduce intense exercise regimes to no more than one session a week in addition to boosting calories. Men demonstrating an abnormal sperm results should also consider cutting back on high intensity sports, including cycling, in order to increase their overall sperm count, improve motility and optimise sperm shape. While wearing tight lycra has not been proved to hinder conception, keeping the testes cool will help achieve normal sperm production. 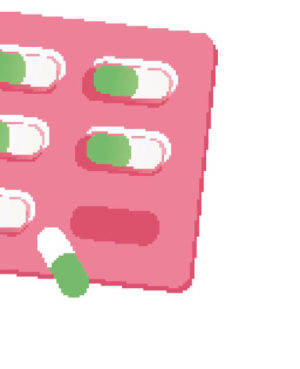 High dosages of ibuprofen taken in the middle of the menstrual cycle can disrupt ovulation and like other readily-available, non-steroidal anti-inflammatory drugs (NSAIDs), its long-term use can affect a man’s testosterone production. Antipsychotic medicines prescribed for anything from severe depression to bipolar disorder can cause women to miss periods and may ultimately increase infertility in both sexes, particularly when other significant risk factors are present. Antibiotics, anti-hypertensives, anabolic steroids and even antioedema drugs are thought to impact conception but in most cases, this can swiftly be reversed once they are discontinued. Couples looking to conceive should make this known to their GP or pharmacist and be aware that while less is known about the impact of compound-rich homeopathic medicines, their use may hinder or even dilute the impact of traditional fertility treatments. So-called recreational drugs such as marijuana and cocaine can make ovulation more difficult and while it is important that all would-be parents give up smoking tobacco before trying to conceive, recent research suggests that flavourings in some e-cigarettes may damage the quality of sperm. 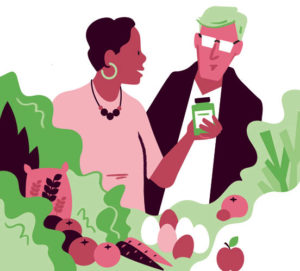 Zinc has long been thought to have a powerful bearing on male and female fertility and while it is particularly concentrated in oysters, as well as milk, seeds and lentils, many would-be parents prefer to take a supplement. A healthy, well balanced diet representing all key food groups is vital before conception, says Professor Colin Duncan, chair of the Society for Reproduction and Fertility, but he notes that few of the ‘baby-making’ food crazes that hit the headlines are backed by hard science. The exceptions include folic acid supplements, which should be taken before conception and during pregnancy, as well as iron, which has been found to boost the production of healthy eggs. Eating more iron-rich meat, eggs, beans, nuts and dark green vegetables is an efficient way of bumping up levels, as are fortified foods, including some breakfast cereals, or supplements. Female fertility doesn’t seem to be affected by caffeine intake below 200 milligrams a day but the advice is to limit intake to one or two cups a day. Would-be fathers should also avoid excessive consumption. Although you’re most likely to get pregnant if you have sex within a day or so of ovulation, which for many women occurs in the middle of their cycle, the best chance of conception involves having sex far more often than this. Tim Child believes that a calendar-ticking mentality both increases stress and reduces desire and advises that ovulation prediction kits can be inaccurate as well as expensive. While many time pressured couples opt to have sex solely on ‘fertile’ days, he believes that intercourse every two to three days throughout the month, including on bleeding days if you wish, not only improves the odds but reinforces the all-important emotional bond between partners. It’s no accident, say the experts, that natural conception tends to happen faster on holiday, when couples are more relaxed. While regular ejaculation tends to increase sperm production, having intercourse multiple times a day can dilute potency. Opting to have sex three or four times a week, rather than daily, helps remind couples that baby-making is supposed to be a pleasure, not a chore. 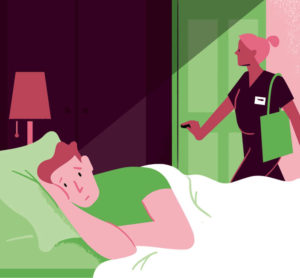 The link between lack of sleep and infertility has already spawned an impressive number of international research studies and it is an issue which appears to affect both sexes. Women with a range of sleep disorders, including chronic insomnia, are significantly more likely to experience irregular or missed periods and this can have a direct bearing on ovulation and overall fertility. According to research published last year, women who do shift work may also produce poorer eggs, most notably if they are doing a physically demanding job such as heavy lifting. For men who get less than 6.5 hours of sleep a night, the problems appear to be a noticeably lower concentration of sperm in their semen as well as a higher likelihood of producing more sperm with DNA damage. Among male shift workers, assistance with conception is more likely. While insomnia has been described as the curse of the modern age, fresh air, exercise and regular bed and morning routines are known to help but for couples who are trying to get pregnant, unsociable work patterns are inadvisable. 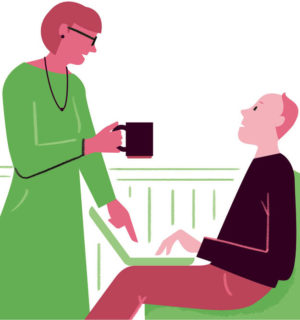 Sperm quality can be significantly reduced by sitting still for long periods and for male taxi or lorry drivers, the problem may be compounded by constant vehicle vibrations. Alternating sitting with standing and taking regular breaks from the cab or desk will give the testicles time to recover. For office workers, sitting with a laptop on a table, rather than a padded tray or lap, is a simple way to help protect fertility. Agricultural workers exposed to a class of pesticides which have oestrogen-like effects may experience a reduction in sperm potency and some of the chemicals used in the plastics, painting and printing industries have been shown to have similar effects. For those working with heavy metals, particularly lead or cadmium, lower sperm counts are well known. Showering, together with changing clothes and shoes before returning home, can limit the impact of dangerous substances, but couples who are taking longer than expected to conceive are advised to talk to their GP, liaise with their HR department or if necessary, consult the Health and Safety Executive.