If media coverage is anything to go by, Hull’s tenure as 2017 UK City of Culture was a resounding success. There was a point in 2017 when the city looked like the most exciting place to live in the UK, bucking previous portrayals as the end of the line, a cultural backwater and the last place where decent art could happen.

Rosie Millard, chair of Hull UK City of Culture from 2014 to 2018, says: “I first went to Hull as a student in 1984 when the fishing industry had just collapsed and there wasn’t much money around. However, culturally it was incredibly engaging and curious, and kind of strange, because it was so isolated.”

But its isolation is key to the city’s unique appeal. “If you’re an artist who wants to be left alone and get on with stuff, it’s great,” says Ms Millard, former BBC arts correspondent. “Physically it’s extraordinary, with this enormous estuary, which gives big skies, big vistas and amazing light. It’s quite overwhelming and, because of this, the culture was always really strange and different.” As a result, events such as the Freedom Festival, which explores themes of freedom, democracy, equality and protest, have sprung up. 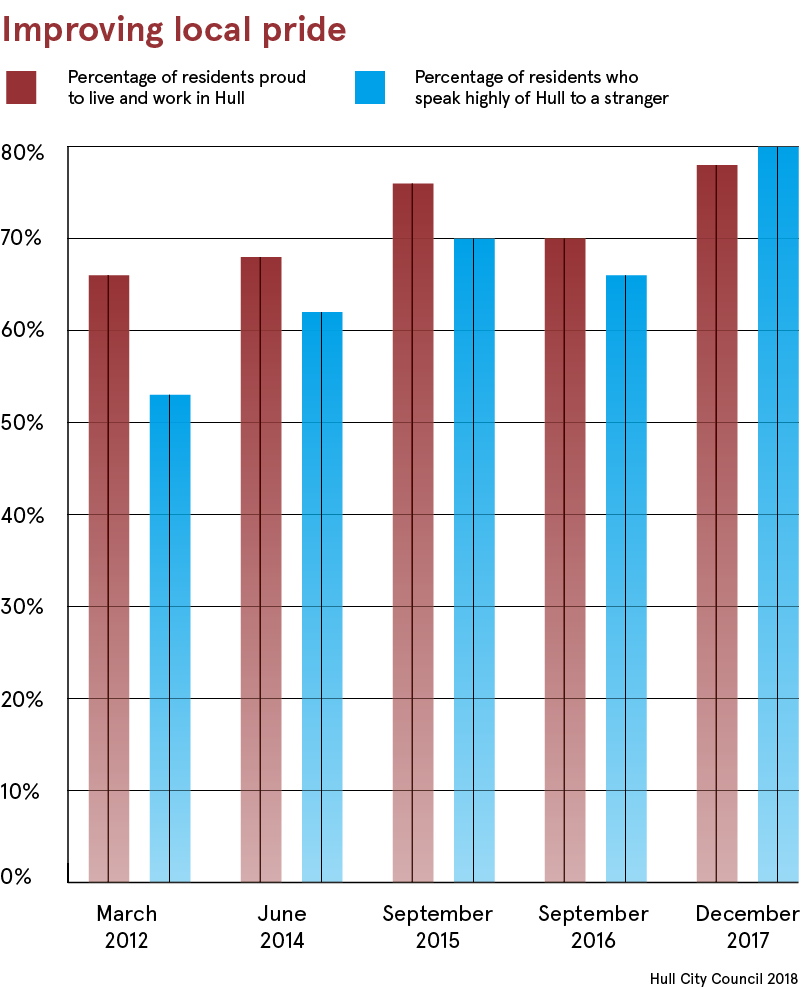 According to the University of Hull’s Cultural Transformations report, Hull’s UK City of Culture year attracted a total audience of 5.3 million, attending more than 2,800 events, cultural activities, installations and exhibitions. Preliminary findings put the value of tourism at more than £300 million. The report also says nearly 800 new jobs had been created in the city’s visitor economy and cultural sector since 2013, attributed to investments totalling more than £219 million, fully or partly to do with the City of Culture status.

Hull does seem to leave its mark on anyone who lives there or visits. When actor Tom Courtenay was given the Freedom of the City earlier this year, he tearfully described it as being better than winning a Golden Globe. He also chose to spend his 80th birthday watching Hull City play football.

People who live in Hull may have always loved it, but the change in the city has been twofold. Ms Millard says: “There’s a new confidence that people will come to Hull. Successive generations have been so denied anything happening. People have bypassed Hull the whole time, but now they know that the RSC will come, that the Radio 1 Big Weekend will come, the Royal Ballet will come. It’s made such a difference.” 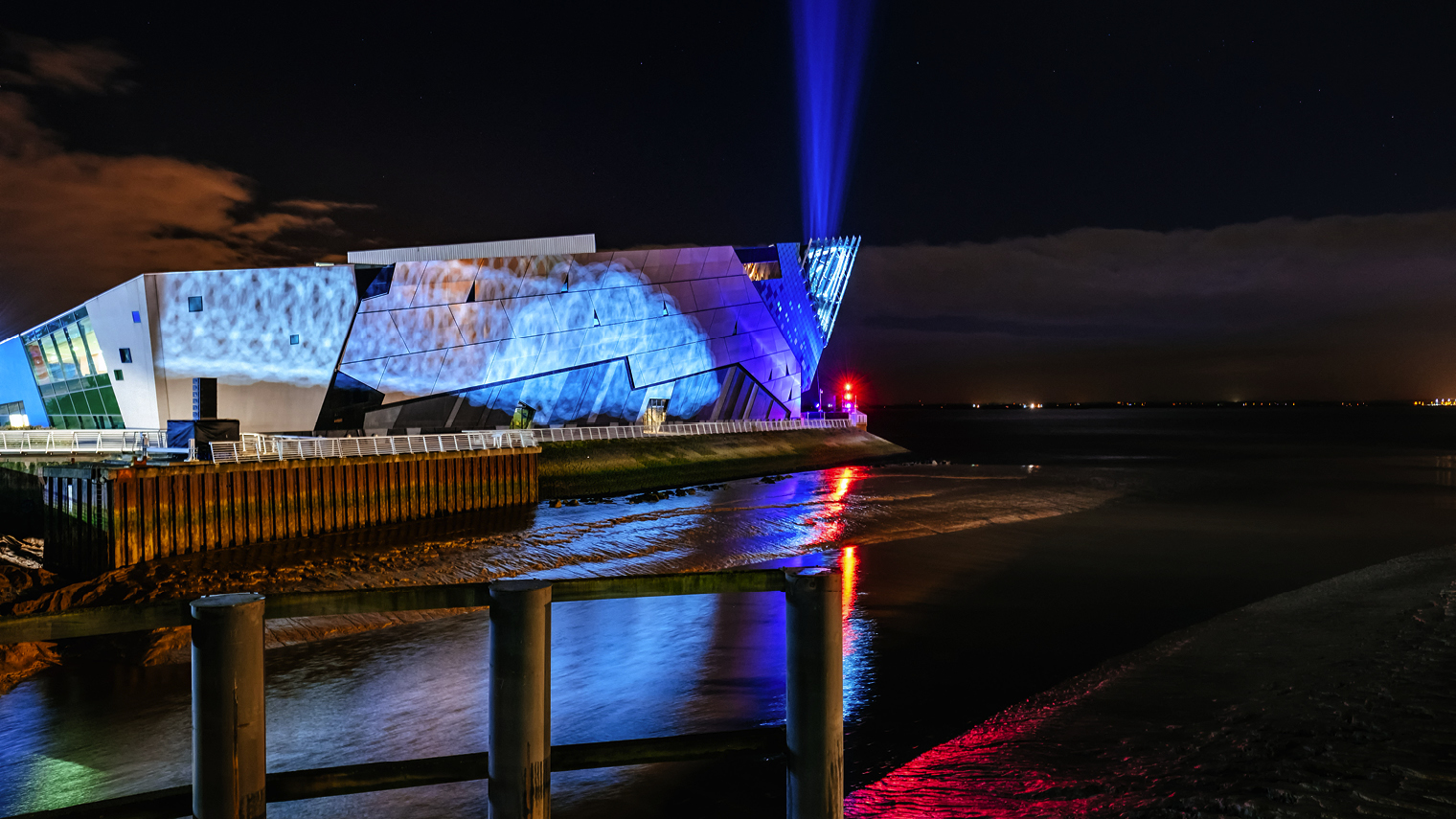 An attractive centre of art and culture

The city’s institutions have made lasting partnerships. The Ferens Art Gallery, for example, is being loaned an iconic painting of Charles I by van Dyck, currently on display at the Royal Academy, and has just been shortlisted for the Art Fund’s prestigious Museum of the Year award. “Small children will be able to walk in off the street in Hull and look at a masterpiece,” says Ms Millard. Also the city’s new Hull Venue is a music and events complex with a capacity of up to 3,500 people. There are comedy, music and trade events already in the calendar.

More importantly, people aren’t poking fun at the city anymore. “They turn up and see the independent, quirky shops and say, ‘Oh! There’s no John Lewis!’ Nothing against John Lewis, but this would signify a gentrification that would be inappropriate because, ultimately, Hull is a low-wage city. Instead it has lively pubs and poetry, and interesting drama and film-makers. Its isolation is the answer to its brilliance.”

Hull has lively pubs and poetry, and interesting drama and film-makers

There’s no denying that visitors need to feel looked after to spend their money and this is a challenge for the city post-2020. “When I was at university, there was one decent restaurant,” says Ms Millard, “Now there are about six. There’s the hope that wealthy people from the East Riding, who would ignore Hull and go to Leeds or York, will come in, see Opera North and the Royal Philharmonic, and rather than just getting into their Audi and driving back to Beverley, they’ll stay for supper in Hull because they’ve been there, and they weren’t mugged, and they had a good time and saw world-class art.”

A certain amount of keeping the faith needs to be in place for this to happen, she says. “Hull needs to be on the list of Yorkshire tourist destinations. The BBC, which has been a most loyal partner, needs to keep bringing its programmes here and we need to make sure the people of Hull continue using the city centre,” says Ms Millard.

Janthi Mills-Ward, executive director of Hull Truck Theatre, agrees. “People are proud to be from here. There’s a real sense that we created something and there’s a feeling in the air that everyone is proud of what they’ve achieved – the city has fundamentally changed.

“We weren’t really a city destination before and now people come for day trips. The Beverley audience would have maybe gone to York, but now they’re coming here, seeing the work we do, seeing there’s a safe car park nextdoor and some great restaurants.”

City council chief executive Matt Jukes thinks Hull’s success goes back to its 2012 city plan. “We had a clear set of aspirations that the city shared and we recognised we had a huge amount of art and culture to offer our residents,” he says. “We were also clear about the engagement we would need.”

City of Culture accelerated improvements in the region

“The improvements we made were accelerated by the City of Culture. From a political perspective, it made it easier and having that train coming down the line to us really helped.” Eighty-nine new shops opened in Hull last year and while this can’t be attributed directly to City of Culture status, “investors recognise the good quality of life and wellbeing something like this brings,” says Mr Jukes.

Andy Newton-Lee left the city at the age of 18 to be an actor, starring in Hollyoaks and other well-known TV shows. His face was projected on to the side of the City Hall during the City of Culture celebrations. He has lived in London and Los Angeles, and although he’s based in the capital, now owns a house in a desirable part of Hull and is in the process of setting up what he describes as an “alternative careers charity” for the city’s young people.

“Hull has this underlying sense of community that I have never experienced anywhere else in the world,” he says. “It has this magnetic draw – as soon as I see the Humber Bridge I feel safe again.”

TV programmes such as Skint and Sacha Baron Cohen’s film Grimsby have done nothing to bolster Grimsby’s reputation, but the town is experiencing a long-overdue regeneration. Its docks were recently granted conservation area status and the ten-year Greater Grimsby Town Deal proposal, backed by both private investors and North East Lincolnshire Council, should bring in jobs and homes. It aims to boost the local economy by £216 million a year with plans for employment in renewable energy, logistics, manufacturing and food processing. 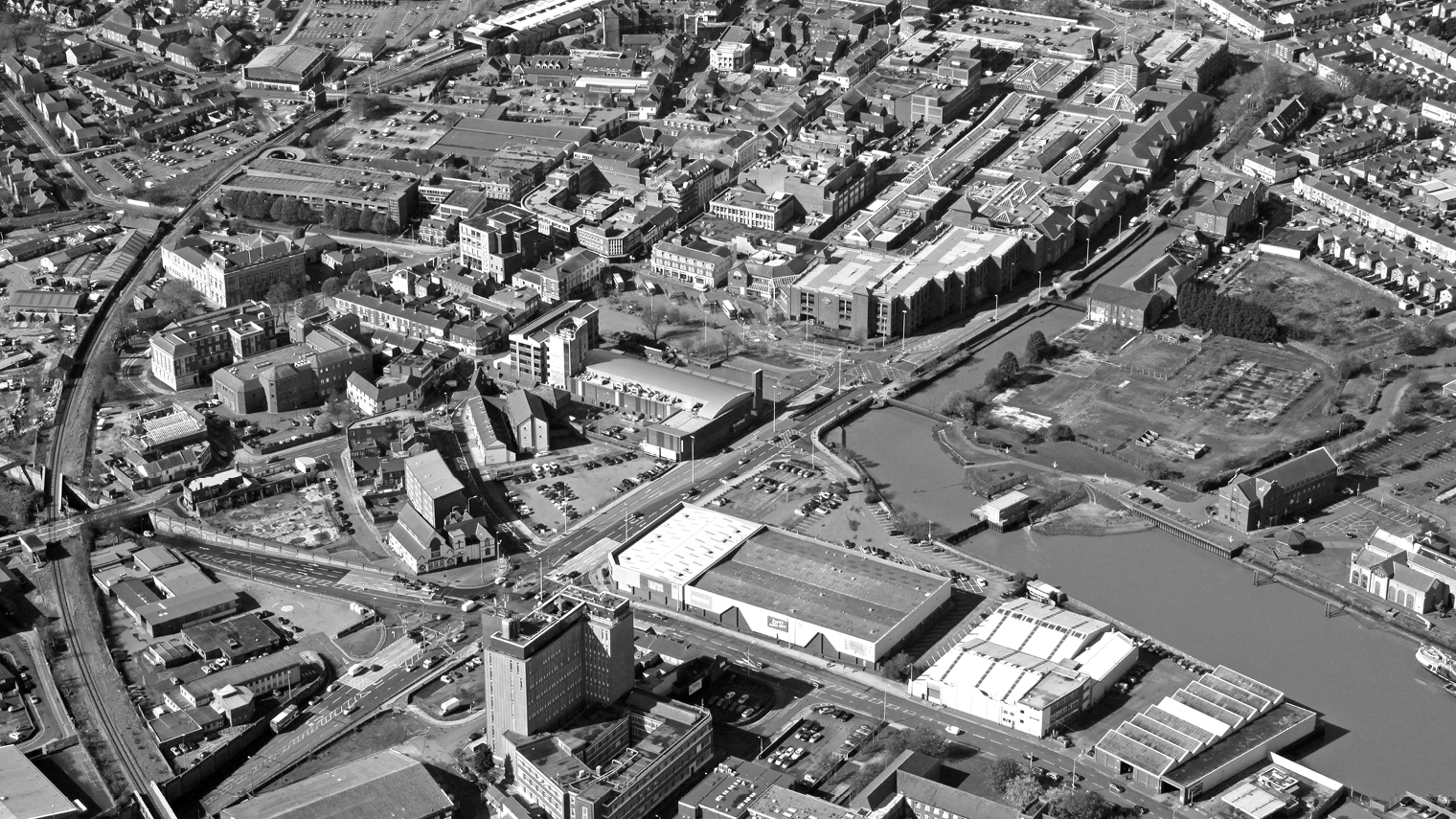 Our Place in the World, run by developers Claire and Tom Shutes, along with InnovationRCA and UnLtd, is a competition for startups and the local community to submit business plans, ideas and social enterprises that will contribute to the town’s regeneration, the winners of which will be announced in 2019.

“I feel more hopeful for the future of Grimsby now than at any point over the last 23 years of living here,” says teacher Kate Melling. “The planned rejuvenation of the town centre, conservation area on the docks, greater opportunities for higher education, and the engineering and technology opportunities on the Humber could realty lift the town, and help to improve the aspirations and self-esteem of all its residents. Once the rejuvenation gets going and people see the effects, I think the town will be a much more positive place.”