The Swedish capital already attracts one fifth of fintech investment in Europe and has a record of creating high-value technology businesses from scratch including Skype. The Swedish government has invested heavily in infrastructure such as high-speed internet connectivity since the 1990s, and the city has a well-educated, internationally minded and Anglophone workforce. Successful fintech firms based there include Klarna and iZettle, and the city is poised to benefit further from a likely exodus of fintech players from London after the UK leaves the European Union. Michal Gromek and Timotheos Mavropoulos, of the Stockholm School of Economics, say: “Heading towards a cashless society with a focus on digitalisation, high internet accessibility and with an existing strong base of fintech companies, Stockholm can easily benefit from the uncertainty connected to Brexit to advance its image as a unicorn breeding ground.”  The Stockholm Fintech Hub, launched as an independent, not-for-profit organisation in 2016, last year spread its wings, dropping Stockholm from its name and seeking to embrace similar hubs both in Sweden and nearby countries. “We’ve expanded our operations to Gothenburg, Malmö, Oslo and Helsinki, and we’re looking forward to expanding to Estonia, Latvia and Lithuania in the first half of 2018,” says founder Matthew Argent. 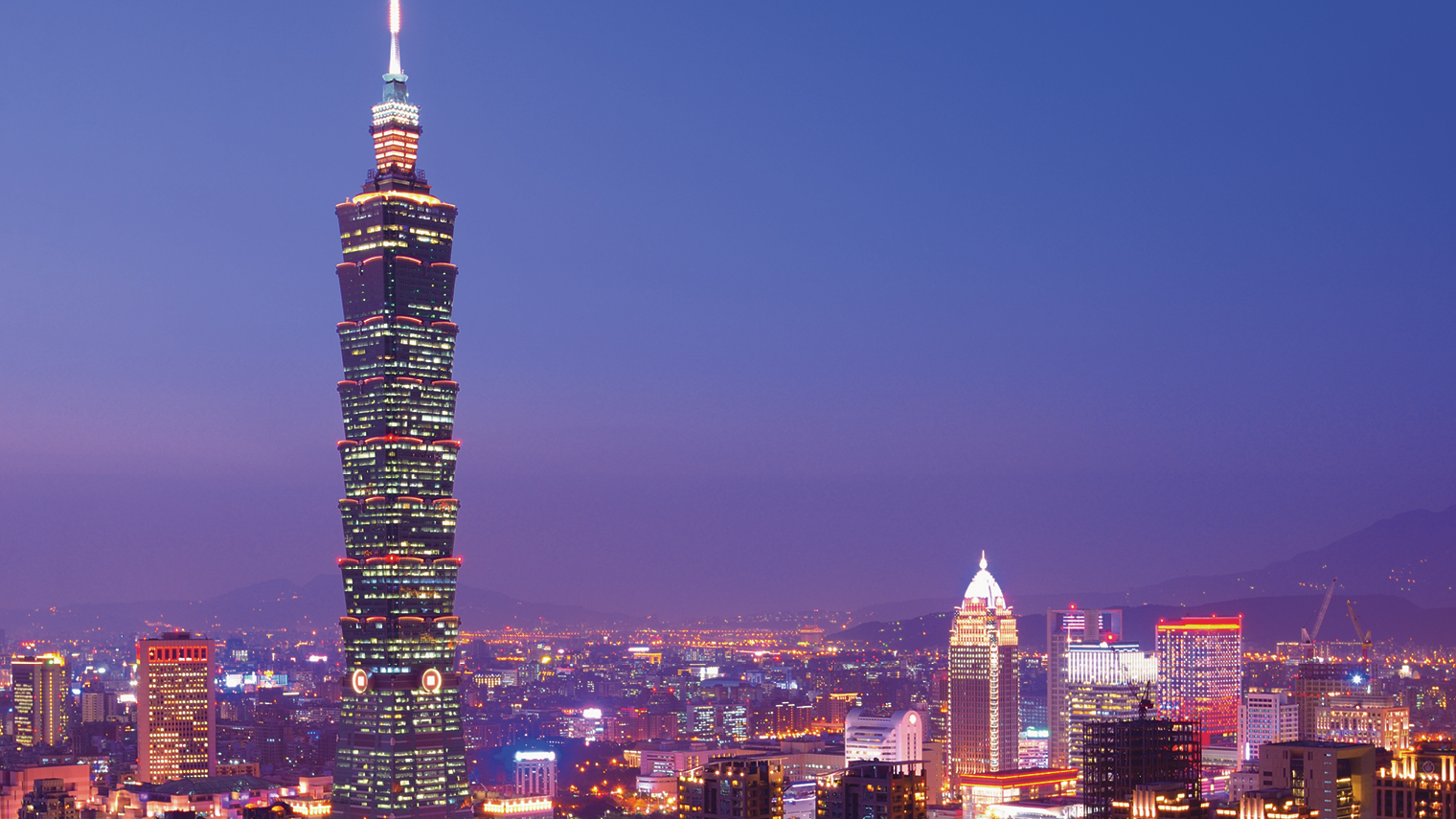 In December, Taipei cemented its position as an emerging Asian fintech hub when the Taiwan parliament approved a sandbox approach to fintech research and development projects.  The move was welcomed by Alice Huang, managing director of corporate banking at BlockEx, a London-headquartered digital asset exchange. She already sees Taipei as an attractive base for companies such as hers, thanks to its large and affordable pool of talented engineers, but believes the sandbox initiative reinforces Taipei’s attractiveness. In addition to being Taiwan’s capital, Taipei hosts some 2,000 traditional financial institutions as well as fintech players such as Fugle, Maicoin and Airsig. Recent crackdowns on cryptocurrencies and ICOs by the authorities in China and South Korea have strengthened Taipei’s position as a regional cryptocurrency trading hub, with politician Jason Hsu suggesting Taiwan’s very “statelessness” – the country is currently only recognised as an independent nation by 19 other countries – should help entrench its position. Mr Hsu, a plugged-in 38 year old who was the champion of the sandbox initiative, believes that further government-led initiatives are required, including tax breaks for venture capital and angel investment, plus greater support for fintech startups from local tech giants such as Acer, Asus and HTC. 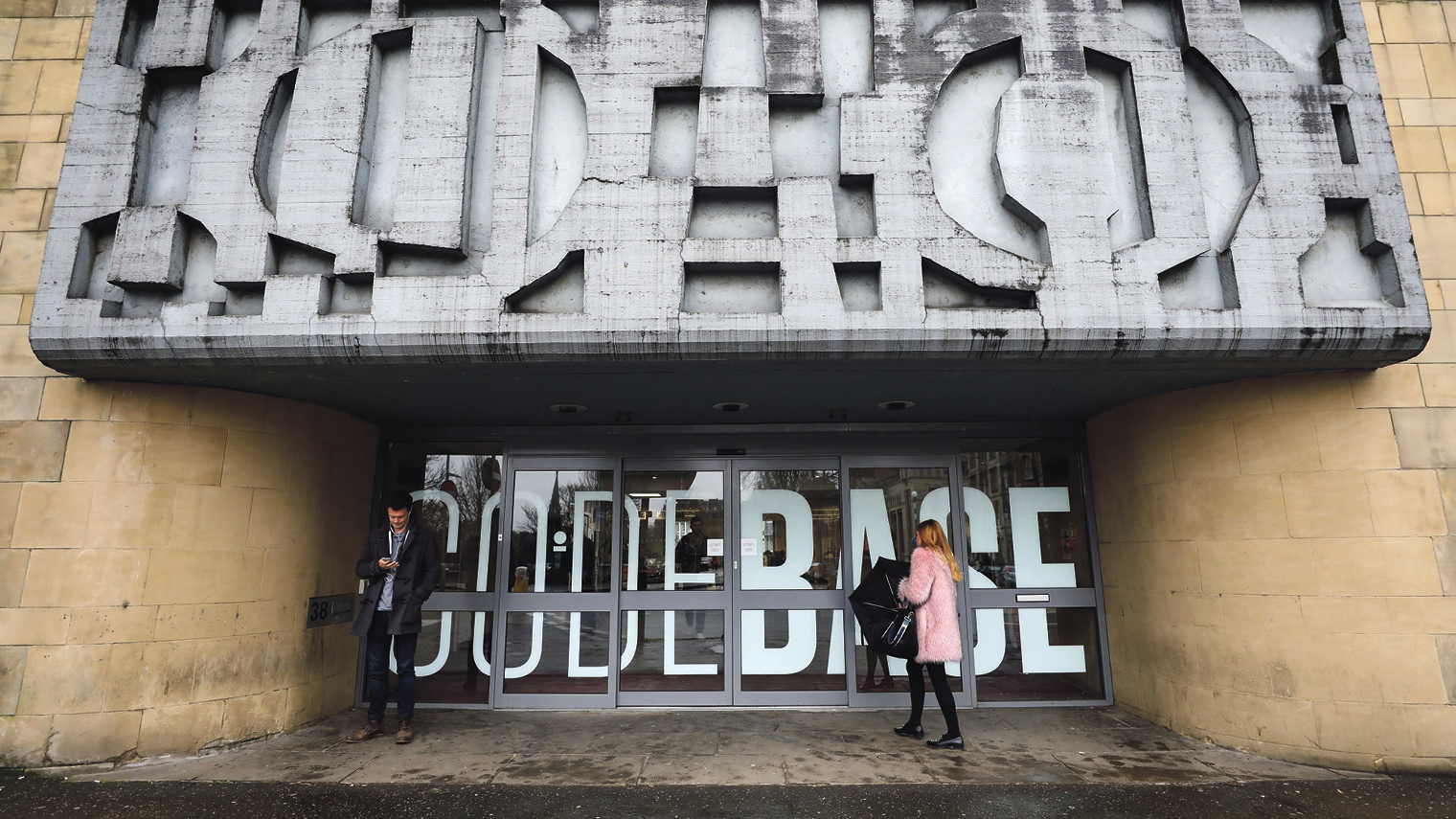 Having lost some of its momentum as a financial centre after its two biggest banks HBOS and RBS crashed and burned in 2008, Edinburgh has picked itself up and dusted itself down to become the UK’s largest fintech hub outside London. The Scottish capital is fuelled by an asset-management and insurance base that was less tarnished by the crash than the banks. Leading fintech players based here include FreeAgent, Nucleus, Lending Crowd and Payfont, and their growth has been underpinned by the fact that Edinburgh is the “most educated” city in the UK, with 55 per cent of the workforce having a university degree or equivalent, according to the Office for National Statistics. The University of Edinburgh’s School of Informatics, a world leader in machine-learning and big data, has been central to some of more interesting developments in the city. Fintech startups in Edinburgh also benefit from funding and support from the likes of Scottish Equity Partners, Scottish Development International and Scottish Enterprise, and from access to incubators such as CodeBase, Seedhaus and Entrepreneurial Spark. Last year the Scottish government, University of Edinburgh, Scottish Financial Enterprise and private sector players jointly launched the dedicated trade body Fintech Scotland, which appointed its first full-time chief executive in January. 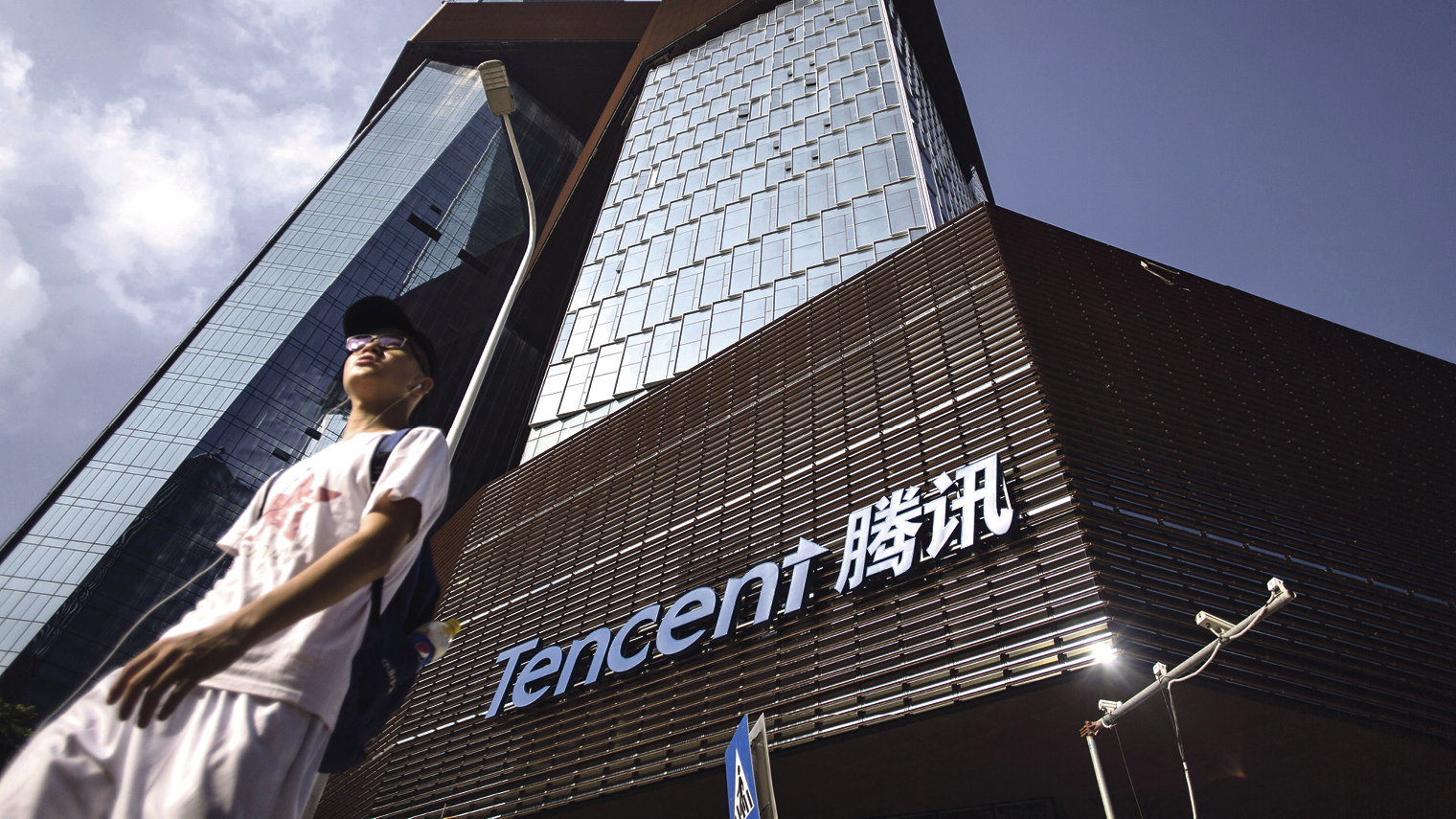 Described as the Silicon Valley of China, Shenzhen is a sprawling city with a population of 11.9 million located in Guangdong province just north of Hong Kong. A small fishing village until 30 years ago, Shenzhen today ranks first in China in terms of the volume of patent filings and is home to the Chinese technology, finance and social media giant Tencent, whose $550-billion-plus stock market valuation eclipses even that of Facebook. Already host to sizeable fintechs, including Linghui, Fenqile, Viewtran, Wei Zhong Shui Yin and WeBank, China’s first digital-only bank, launched by Tencent in 2015, the regional government is determined to ensure Shenzhen remains at the cutting edge of fintech development. Brett Diment, head of global emerging market debt at Aberdeen Standard Investments, says cities such as Shenzhen are awash with venture-capital funding and benefit from a benign regulatory regime. However, Shenzhen is facing competition from other Chinese cities including Hangzhou, home to the giant Alibaba Group, which now has more unicorns or startups valued at $1 billion or more. Last year, Shenzhen entered a pioneering three-way deal with competing fintech centres Singapore and Hong Kong aimed at bolstering collaborative fintech developments and harmonising standards between the three cities. 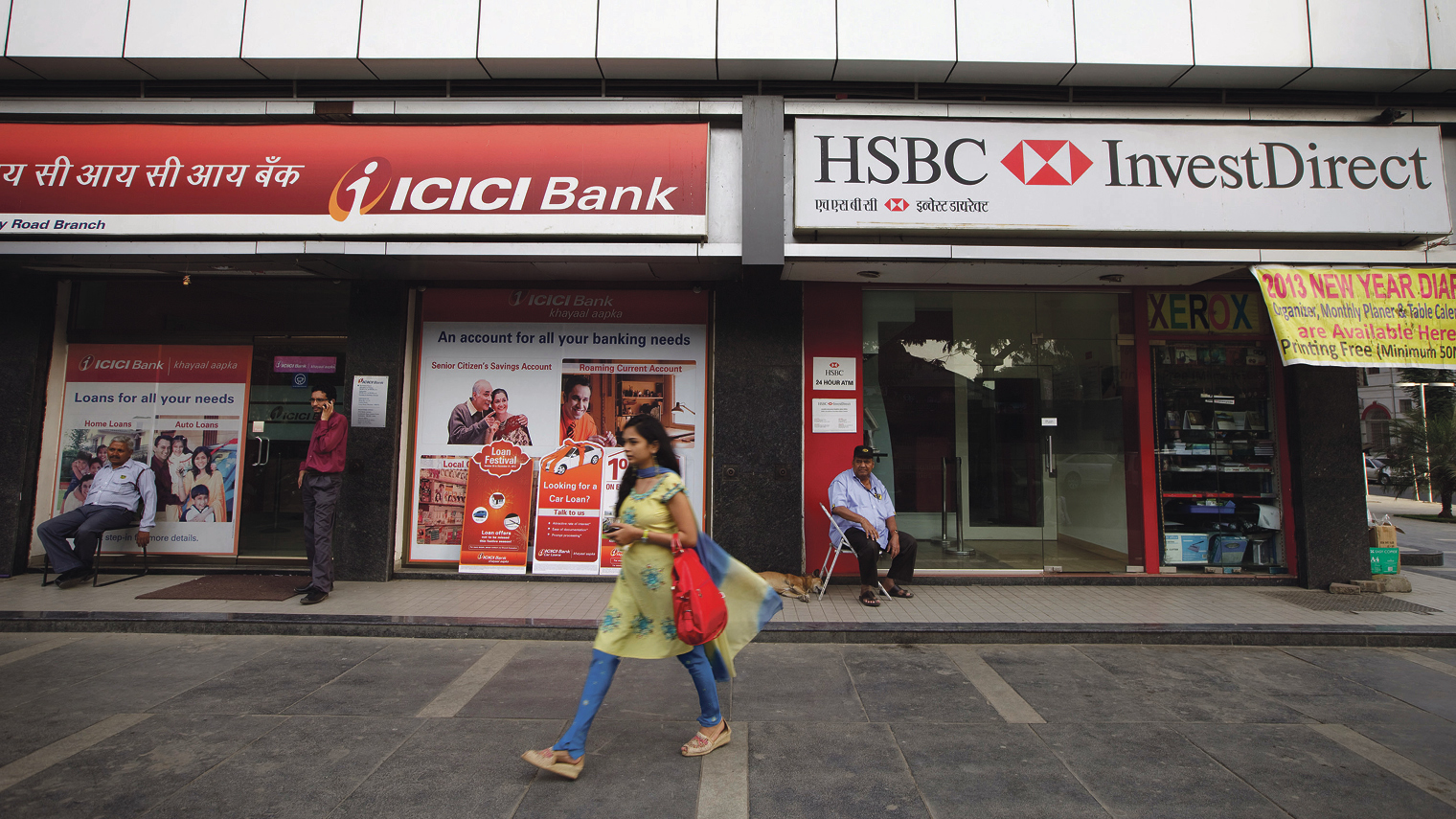 Located in the port city of Visakhapatnam, also known as Vizag, overlooking the Bay of Bengal, Fintech Valley-Vizag is a fintech cluster born of a co-ordinated strategy led by a hard-driving regional government, aided by regulators including the Reserve Bank of India and private sector players. Launched by the government of Andhra Pradesh in October 2016, the initiative has seen Visakhapatnam, which already plays host to IT firms such as outsourcing group Wipro, start to morph into a centre of excellence for blockchain, cybersecurity, data analytics and artificial intelligence, and it recently selected eight fintech startups to take part in an accelerator programme. According to Gartner’s India research head Partha Iyengar: “For the first time, a government has stepped in to encourage blockchain and other financial technologies.” Mumbai-based lenders ICICI and Mahindra Finance have committed to setting up accelerators in Fintech Valley-Vizag, while US funds group Franklin Templeton Investment is building a 40-acre technology campus there. Officials, including J.A. Chowdary, lead adviser to the Andhra Pradesh government, who was behind the earlier transformation of Hyderabad, claim Fintech Valley-Vizag is already a global brand. “Companies go to Silicon Valley and Bangalore because they have the ecosystem. We’re creating the same here,” says Mr Chowdary.