Stamping out trademark theft in China

Since it started selling shoes in China in 1995, New Balance has fought dozens of legal battles to defend its intellectual property rights, not always successfully and sometimes at great cost.

However, in August the US firm won a landmark trademark infringement case, giving hope to other multinationals that a tougher line from Beijing on the practice is finally bearing fruit.

According to the Suzhou Intermediate People’s Court, near Shanghai, three defendants had used the firm’s signature N logo to sell footwear under the brand name New Boom, “seizing market share” from New Balance and “drastically damaging” its business reputation.

The ruling surprised many as the men had trademarked the name legally under Chinese law, a defence used successfully by others in the past.

In addition, the $1.5-million damages and legal costs imposed, while relatively small by international standards, were thought to be the largest trademark infringement award ever granted to a foreign business in China. 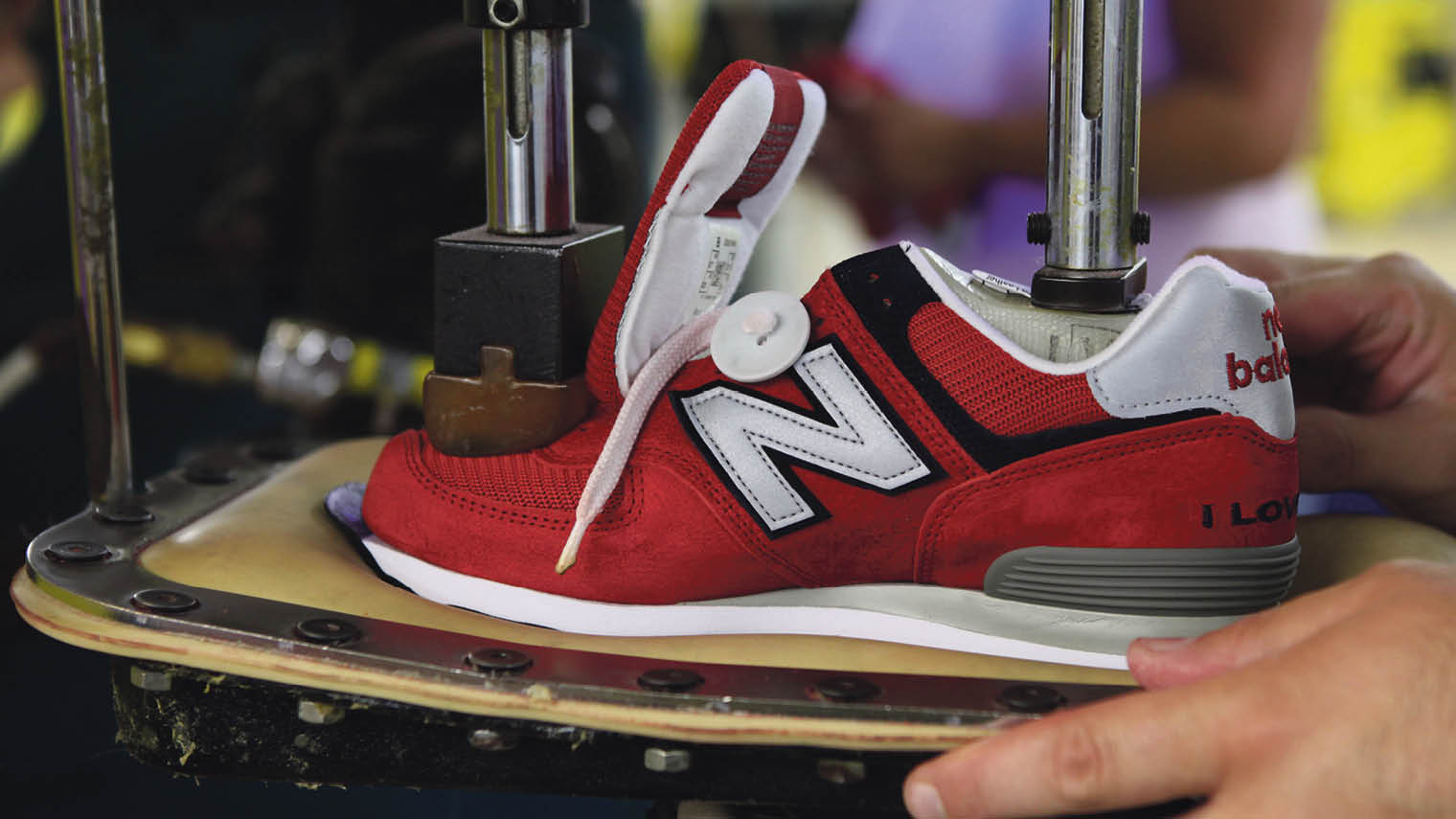 Employee attaching a shoe upper to an outsole at a New Balance factory in Maine, United States

Like other forms of intellectual property theft, trademark infringement remains a major concern for international firms operating in China. And yet it has historically been hugely difficult to seek legal redress in the country’s courts.

That is because, unlike in the United States or Europe, trademarks in China are awarded to the first company that files them, not the first to use or create them.

Typically this allows opportunists to take advantage in one of two ways. Firstly, they can register a spin-off name or lookalike logo to sell rip-off goods or totally unrelated products. Apple, for instance, in 2016 lost a trademark fight against a firm that sells handbags and other leather goods using the name IPHONE.

Then there is so-called trademark squatting, whereby someone registers a foreign company’s English, Pinyin (Chinese phonetics) or Chinese character name and holds it to ransom.

When the foreign firm goes to launch its products in China, it can have little choice but to pay large sums to buy back the trademark, rebrand their product or fight for the right to use the brand through lengthy legal battles.

“Trademark squatting is a plague,” says Dr Beconcini. “And for the few famous cases you see reported, there are many, many more smaller ones you never hear about.”

Often the biggest issue is that international businesses are naive about the realities of doing businesses in China, he says. Most commonly, they forget to register their names as trademarks, or do not realise they will need a Chinese name too, even though the market will often feel uncomfortable using the original and adopt its own.

As the Chinese legal system does not update its laws through precedent, intellectual property rules have lurched forward in fits and starts. However, updates introduced in 2013 were a “big step forward”, says Dr Guan H. Tang, a senior lecturer in Asian commercial law at Queen Mary University of London.

Among the additions was an important provision against the “likelihood of confusion”, which means that if you can prove a Chinese version of your trademark confuses consumers, you have a better chance of winning your case.

Fines for misbehaviour have also been increased from a maximum statutory amount of $75,000 to $450,000, which makes New Balance’s award in the New Boom lawsuit so significant.

Helpfully, the central government has applied pressure, listing tackling intellectual property crime in its most recent five-year plan as key to promoting the market economy. Chinese firms have urged change too having faced many trademark battles themselves.

“Many more cases have come to trial and many more international firms have won since the reforms came in,” Dr Tang says. “However, we need to keep an eye on enforcement not only at the Supreme Court or the specialised intellectual property courts in Beijing, Shanghai and Gaungzhou, but in IP courts at all levels across the country.”

It’s important to remember that China did not even recognise “immaterial property rights” 20 years ago and has made a lot of progress in a relatively short time.

Moreover, while subject to abuse, Chinese law is clear and effective protection strategies are available for those willing to seek them out, says Dr Beconcini.

In April, the Office of the United States Trade Representative warned of a lack of transparency in “all phases” of trademark prosecution, citing obstacles such as unreasonably high standards for establishing “well-known” mark status and inflexibility in relation to descriptions of goods and services.

It also warned of “a high level of formalities to bring opposition actions”. The answer, says Dr Beconcini, is to be strategic and plan ahead, as almost every firm will end up doing business with China eventually.

“I say, even if you think you have no connection with China, China will have a connection with you – be it through manufacturing or as a market for your goods,” he says. “You must file your intellectual property rights there and seek out strategies that will help you prevail under Chinese law.”