Whether failure to tax robots indirectly subsidises automation remains contentious, but it is an issue that must be dealt with – sooner rather than later 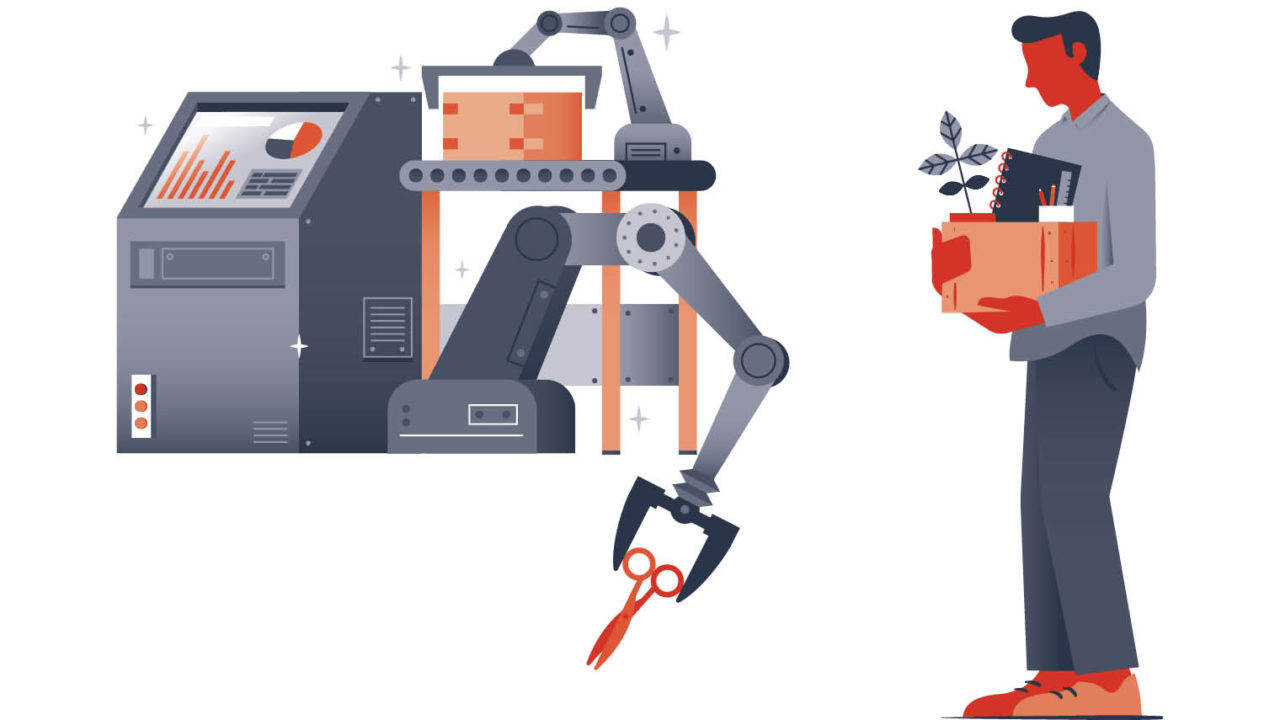 Industrial revolutions throughout history play out like this: repetitive and mundane jobs are automated by new technology, livelihoods evaporate, skills become obsolete, and in the process humans are compelled to retrain and find new work. Whether it’s textile workers or checkout assistants, lamplighters or petrol-pump attendants, automation shows little mercy.

In the early-19th century, during the first industrial revolution, traditional jobs dried up, the labour share of income fell, while corporate profits surged, and the gap between the wages of the rich and poor skyrocketed. Today, we could be doing the time warp again as the third and fourth industrial revolutions take hold.

“So far our age of automation largely mirrors the early days of industrialisation in economic terms. It took over half a century until average person saw the benefits of the Industrial Revolution trickle down,” explains Carl Benedikt Frey, Oxford Martin Citi Fellow at Oxford University, in his new book The Technology Trap.

This 50-year gap is called the Engels’ pause, named after Karl Marx’s friend Friedrich Engels, who described the dark satanic mills of industrialising England in the early-1800s. It was an era of great social and economic upheaval. Wage stagnation and new technologies made only a few wealthy, while many angry Luddites raged against the machines, smashing machinery as it displaced labourers.

Some economists say we’re now in a new Engels’ pause. There are no neo-Luddites smashing robots, but France’s new digital tax on big companies, such as Facebook, Google and Amazon, and the UK’s proposed levy are perhaps the first signs that governments aren’t happy with how this new industrial revolution is turning out in terms of who benefits, mainly a handful of US tech giants.

“We’re in an era when those with capital have accrued tremendous benefits over those who engage in routine labour. That has fuelled income inequality and a populist backlash. We need to invest in the human future and make policy changes that preserve opportunity for people of ordinary means,” says Darrell West, founding director of the Center for Technology Innovation at Brookings Institution.

Already, super-star tech firms from Apple to Alphabet are labour frugal. At the same time the share of income now being pumped into capital versus labour is on the rise. For corporations, this makes sense when labour is taxed rather than robots, artificial intelligence or digitalised services. Yet governments around the globe are mainly funded by taxes of real human workers through payroll and income.

If governments gloss over the social costs of automation, their credibility will diminish

“When the call centre team is replaced by an automated system, the government loses out on the team’s income taxes and National Insurance contributions by both the employees and employers,” says Ryan Abbott, professor of law at the University of Surrey.

“The government also loses money because the automated system is not generating a lot of the tax revenue people otherwise generate including VAT and property taxes. We are unintentionally subsidising automation. If a business can replace a person with a machine, they receive tax benefits from doing so that makes automation appealing even when it’s not otherwise more efficient.”

What would a robot tax do?

On this basis, Bill Gates proposed a robot tax several years ago as a way of addressing our 21st-century Engels’ pause. This way, governments could fund other types of employment we desperately need from educators to social workers and slow down the upheaval caused by automation. The fact is global society isn’t catching up quickly enough in shifting to high-paid, high-tech jobs. We aren’t raising productivity in the UK or many other G20 countries either.

In Dr Frey’s The Technology Trap, he says there has always been a price to pay for each industrial revolution. Are we paying it now? Could a modern-day neo-Luddite revolution be articulating itself through populist movements in North America and Europe? It is hard to tell.

“As automation comes into finance, retail, transportation and healthcare, we need a new social contract that provides retraining for those at risk of redundancy, new educational opportunities for those seeking to upgrade their job skills and a stronger social safety net for those falling between the cracks,” says Brookings’ Dr West. Yet this takes a lot of money.

What could the true cost of automation be?

As certain jobs disappear, labour-frugal companies come to the fore, the high street moves into automated warehouses and technology creates fewer well-paid jobs with untold wealth for a smaller slice of the population, is a shift in taxation the right answer? Could it put the brakes on the fourth industrial revolution?

“Saying a robot tax would be a tax on innovation is like saying any corporate taxes are innovation taxes. For many reasons, companies and individuals invest despite the existence of taxes,” argues Professor Abbott.

“The more ethical dilemma is how egalitarian a society we want to have. Income disparity is already a serious problem and automation is likely to make it worse unless we have a more progressive tax system. This is because automation is likely to reduce government tax revenue at the same time that it will require greater investments in worker retraining and social benefits.”

It doesn’t help that around the world the tax burden on labour is increasing, while there’s a trend towards decreasing corporate taxes to stimulate domestic investment. This could exacerbate the problem. The case for a robot tax or one on the fruits of automation may never be greater. This is an issue now for policymakers rather than technologists.

“If governments gloss over the social costs of automation, their credibility will diminish. For a long time, governments chose to overlook the costs of globalisation and focus on the benefits,” Dr Frey concludes in his book. “Governments must avoid making the same mistake with automation. And the stakes could not be higher.”