Representing 27 per cent of total banking revenues in 2014, global payments are big business. A recent report by Boston Consulting Group estimated that global transaction banking revenues accounted for some $1.1 trillion and are set to break the $2 trillion mark by 2024.

With such large revenues up for grabs, banks and other financial groups are making comprehensive investments in payment technology to increase their international revenue share.

Key focus on standardisation and innovation

He says: “Standardisation and innovation continue to be key focus areas for regulators and important for end-customers in terms of security and service quality.”

Nowhere is this more evident than in distributed ledger technology. This type of database technology is perhaps known for its association with digital currencies such as Bitcoin.

At a recent conference of the Luxembourg Fund Industry, speakers discussed how soon it would be before fund managers started using this kind of technology as an alternative to traditional clearing and settlement methods.

Banks say regulations, such as anti-money laundering provisions, can mean the speed of innovation and implementation has to be tempered

Kirstin Gillon, technical manager at the Institute of Chartered Accountants of England and Wales, says the potential this technology brings is not yet fully understood.

She explains: “This has the potential to create new, shared ledgers across the financial infrastructure, and radically reduce the cost and time of payments.  We are still in early stages of development, though, and regulators need to monitor developments to ensure they are robust, scalable and secure.”

Regulation could affect speed of innovation

The emergence of new technologies has brought about a new debate. Established banks say regulations, such as anti-money laundering provisions, can mean the speed of innovation and implementation has to be tempered, while lawyers and fintech lobbyists believe the pace of change could be quicker.

Christian Behaghel, head of global transactions banking at Société Générale, says technology allows the digitalisation and automation of instant payments, settlement and trade, and these innovations are revolutionising the industry.

However, he warns: “Simultaneously, expectations for transparency, both from the regulator and the customer, are increasingly fundamental in these processes. At Société Générale, compliance requirements are a main concern.”

Concerns have arisen for numerous reasons. Some new technologies have not yet been proven to the satisfaction of banks’ compliance units. 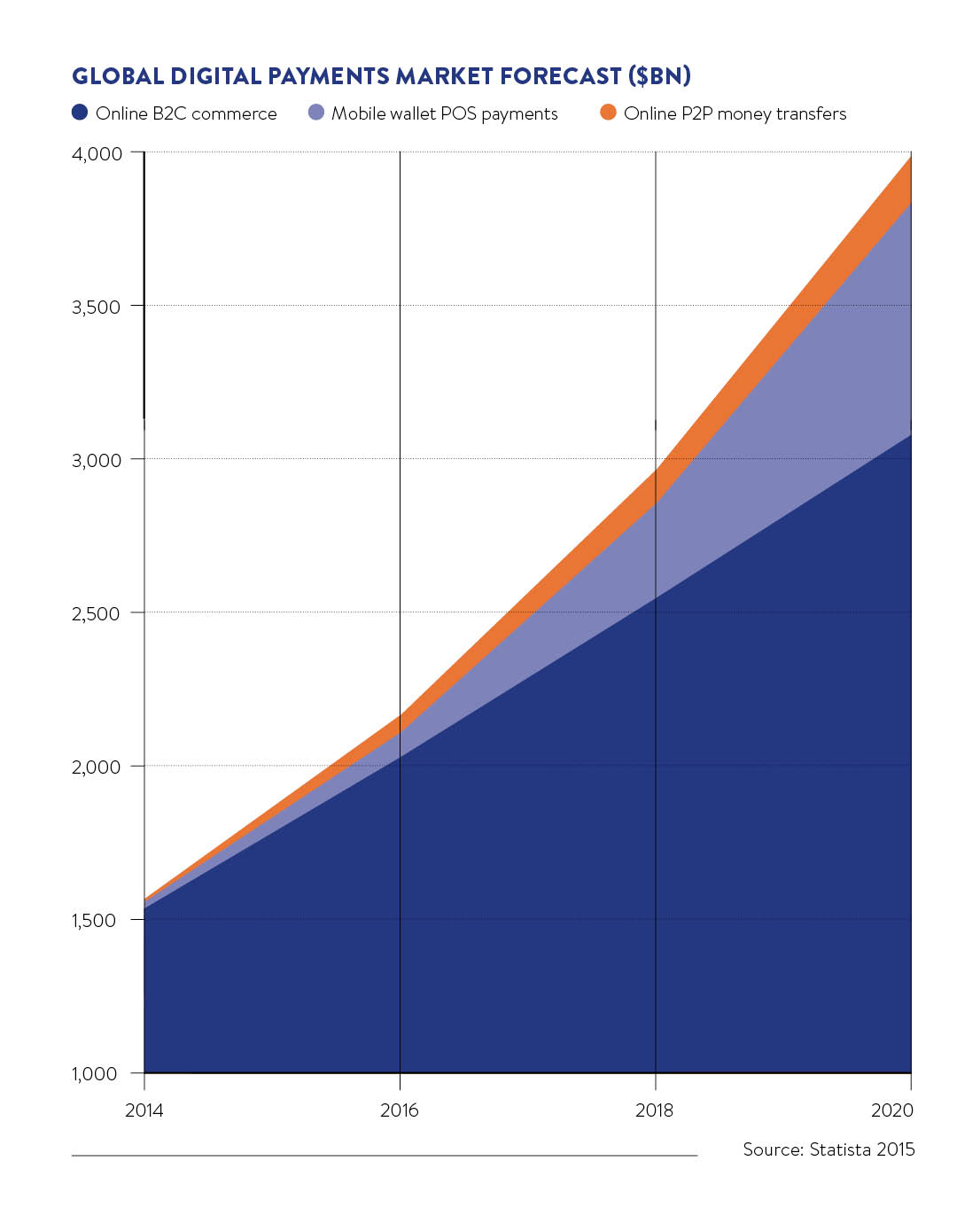 Duncan Ash, senior director at data analytics group Qlik, explains: “One of the dangers presented by the prevalence of simple international payments is the ability for criminal groups to move money around, to launder it or for the purposes of funding terrorism.

“This is made more challenging by the fact that often these payments are not large ‘one-off’ payments that would be easily detected, but a series of much smaller payments, often from multiple participants in multiple locations.”

Meanwhile, Mr Behaghel says the way in which banks interact with new entrants to the market will be an interesting trend to watch.

“Transaction banking is an environment of high investment and, taken in isolation, individual aspects of the value chain are often not profitable. It is unknown whether the new entrants can match the strength of transaction banks in this respect,” he says.

“However, there is a greater prospect that transaction banks can collaborate with new entrants, embedding their solutions into the overall cash management and trade offering in order to provide the very best solutions for corporate clients.

“Partnerships with non-banks have the potential to deliver faster and more cost-effective services to some parts of the value chain.”

This may well be the case, but lobbyist groups for new market entrants say this “collaboration” isn’t happening quickly enough.

Tony Craddock, director general of the Emerging Payments Association, says both businesses and consumers that want to make international payments are being starved of alternatives.

He says: “New entrants, often with more flexible services, better technology and competitive pricing, are struggling to compete because they cannot use a simple trading bank account.

“Citing ‘high risks’, banks are effectively hiding behind global anti-money laundering  requirements to protect a high-margin business, which is being insulated from competition by the lack of a regulatory playing field.

“Ironically, these new entrants are better equipped to tackle financial crime because their technology and organisational structure can quickly combat new threats.”

Despite this criticism, banks are recognising the value in these new technologies.

Catherine Moore, president and managing director of J.P. Morgan Commerce Solutions, Europe, says while it is important to bring down the costs for transferring payments internationally, it is of equal importance that anti-money laundering initiatives are in place to stop unlawful transactions.

Recent years have given rise to a smattering of new launches for both retail and institutional payments, but like any growth market, there have been numerous new launches which have quietly died a death.

The success stories have been big, however, and range from fund-transfer systems to payment confirmations and innovations in automated reconciliation.

Matteo Stefanel of Apis Partners explains: “Globally, we are moving towards ubiquity of real-time, 24/7 payments infrastructure, such as the Faster Payments system in the UK and IMPS in India.

“Internationally, these faster and more efficient ‘local’ hubs are being connected by innovative cross-border payments companies such as Earthport, which disintermediate existing international payment systems.

“This ‘hub-and-spoke’ infrastructure model is similar to how international calls are made today. Importantly, this also means that international flows can be locally netted, resulting in lower-cost cross-border transfers for businesses.”

Then there are the peer-to-peer foreign exchange (FX) platforms, such as TransferWise and CurrencyFair, which have had a hand in improving FX rates and faster payments by matching buyers and sellers of currency.

In addition, international payment gateways, such as Adyen, mean that merchants can take both mobile and online payments in a speedier fashion.

Matthew Bryant at private equity group Bain Capital says: “Markets are converging and convenience is becoming incredibly important to all of us. Merchants value the opportunity to pick up additional services that are genuinely helpful to their business, for example short-term lending quickly underwritten on the back of their card takings, and which integrate additional business processes or services with the device.

“Big data has been overhyped for a long time, but we’re starting to see innovative players developing platforms where there are real-life use cases demonstrating that data-driven insights can really add value to a merchant’s business.” 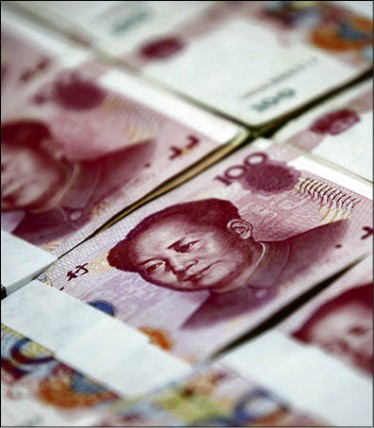 Global changes to international payments have come about as a result of China’s emerging global presence as an economic superpower. As Chinese companies have become increasingly important in requisitioning of goods and services from other countries, payment systems have had to evolve to accommodate the new reality.

Just over a decade ago, the Chinese renminbi was unpegged from the dollar enabling it to be traded as an unrestricted currency for the first time. Fast forward to November 2015 and the China International Payment System (CIPS) went live with nineteen banks and nine foreign institutions connected directly to the new system. It means they can clear cross-border renminbi payments without having to use an offshore clearing centre.

This is significant, says Andy Brown, managing director of Equiniti International Payments. He explains: “It is likely that this will become the international payment delivery of choice for anyone wishing to make payments into China in due course. It is vital that businesses understand the importance of being able to deliver payments, particularly salary.”

However, Michelle Chan, a partner at international law firm Bird & Bird, says it is still early days for the new system. “Whether the new CIPS will change the landscape for international payments remains to be seen,” she says. “We understand that only a limited number of ‘foreign’ financial institutions have participated in the new system, but most of them appear to continue to use the offshore clearing centres. The technology cost involved in joining the CIPS has certainly been seen as one of the barriers as to why CIPS may not appear as popular as it could have been.”