Digital investment platforms are lowering the bar of entry for millennials and Generation Z investors, whose style of investing differs greatly from preceding cohorts 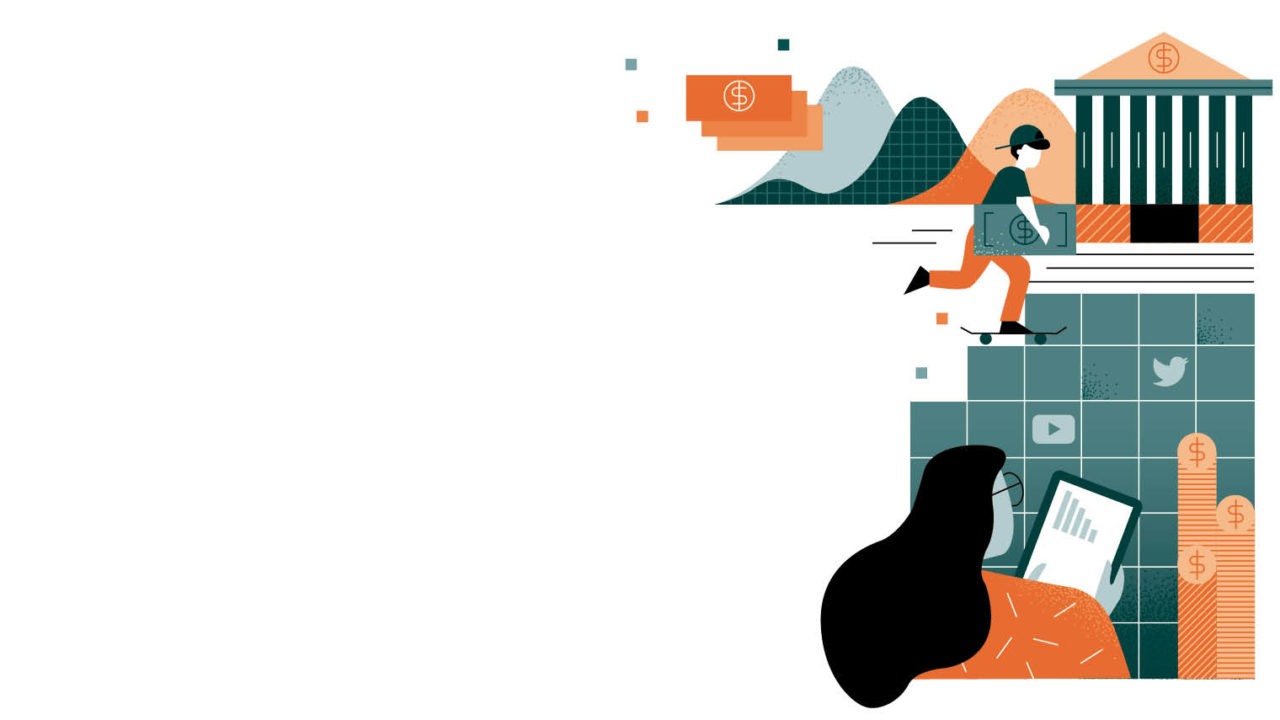 Before the advent of the internet, trading and investing was the preserve of the wealthy who could afford a private stockbroker. Later, with the development of telephone trading and low-cost execution-only services, investing was democratised.

Now, in the new age of digital transformation, those who wish to play the markets can readily access online exchanges and choose to invest in stocks, bonds, foreign exchange (FX) and cryptocurrencies, which is enabling younger people with less disposable income to experience investing and trading for themselves.

The power of technology

“Millennials’ style of investing varies greatly from that of the generations which went before them,” says Neil Gourlay, managing director of financial services at Accenture UK. “Millennials see technology as integral to the process, with 67 per cent expecting computer-generated recommendations as a basic component.”

At the same time, 66 per cent of millennials want a self-directed investment portal with adviser access, compared with just 25 per cent of Generation Xers and baby boomers. These are digital natives, who want autonomy over their own financial decisions and see anything other than a simple, straightforward customer experience as friction. They want to control their financial journey as much as possible, he says.

“The traditional model used by financial services institutions won’t work for this new generation of customers,” says Mr Gourlay. “Only 20 per cent of millennials say they would work with an adviser exclusively.”

Millennial investing is a growing market

Richard Cobb, private wealth partner at law firm Michelmores, says the number of millennials with money to invest and assets to protect is growing.

“Affluent millennials are increasingly comfortable using technology to manage their money, believing that it gives them a greater degree of control than using other investment management methods,” he says.

Jonathan Warren of financial services consultancy Altus says the internet has created a generation of information-seekers who know that knowledge about a company or their investments is readily accessible.

“Blogs, online forums, influencers, apps and online platforms offer access to expert knowledge, analysis and tools that are driving greater transparency,” he says. “Millennials and Gen Z feel more comfortable being self-directed and do not see value in traditional financial advice. More native to technology, they display higher trust in technology solutions, particularly given the costs and entry-level affluence required to access advice.”

Mr Warren says the financial services industry, which is traditionally slow to adapt, is now looking to attract these new customers as they become the most economically powerful generation.

“Starling Bank and Monzo are revolutionising banking. Goldman Sachs has launched Marcus, an online savings account, signing up 250,000 savers with $8 billion, in an attempt to create not only an online proposition, but also a youthful brand that distances itself from the Goldman Sachs brand that was known to baby boomers and Gen X,” he says. Nutmeg, Scalable Capital and others now offer professional wealth management from low initial investments.

Kerim Derhalli, founder and chief executive of Invstr, an investing app, says that as older generations continue to drive up the price of bonds, equities and property, millennials are investing in the areas they feel they can own, such as cryptocurrencies and tech stocks, and which haven’t yet been bid up by other investors.

“Digital investment platforms are lowering the bar of entry for investing, opening up more opportunities for young people,” he says. “The big institutions are failing to connect with younger investors because they haven’t realised that finance isn’t always transactional for this new audience.

“Millennials and Gen Z are far more concerned with the social and environmental impact of their investments, which the established players often don’t understand and certainly aren’t addressing with any sincerity.”

What’s on offer for millennial investors?

Samuel Leach, TED speaker and director of Samuel and Co Trading, says: “From streamable webinars to social media sites, it’s easier than ever for consumers to try their hand at navigating the stock market.

“The ‘Amazon Prime generation’ expects digital first, immediacy and convenience, and this extends to financial services and investing experiences. This means more apps and automated services like save-as-you-spend and invest-as-you-spend cards to make investing easier and less time consuming as opposed to face-to-face meetings or phone calls with a financial adviser.”

Now many people, who would never have had a financial adviser, can build a diversified, institutional-quality global portfolio at very little cost and with professional support and oversight.

“Younger investors want to build portfolios and invest in a customised way that aligns with their values without sacrificing performance,” says Mr McNeil. “New products are enabling investors to target emerging industries like cloud computing, drone technology, genomics, autonomous vehicles, the internet of things and green energy, which will play an important role in the shape of tomorrow’s economy.”

According to Hector McNeil, co-chief executive at HANetf: “Investment and financial services brands are evolving to remain relevant to younger investors; almost all will now have some combination of mobile app, Twitter, Facebook or Instagram account.

“Many are also changing the way they communicate, breaking with a stuffy, traditional look and feel, and producing more multimedia, video, blog and podcast content instead of posting out monthly letters and inaccessible long-form reports.”

Liverpool FC is sponsored by Standard Chartered and AXA, while FXPro is the official partner of the McLaren Formula 1 team in motor racing, and has sponsored Watford, Fulham and Aston Villa football teams.

Are the needs of older investors still being met?

The market for face-to-face advice will not disappear, says Hector McNeil at HANetf. “It will likely be the domain of those with more complex wealth, estate and tax management needs that are prepared to pay more for a bespoke and premium service,” he says. Anthony Morrow at Open Money says older people are likely to join the digital revolution, rather than stand on the side lines. He says: “Engagement levels of old-school investors aren’t going to become lower in the digital age. If anything, it will be the opposite, with more older people gaining digital confidence and digital services continuing to improve in ease.”