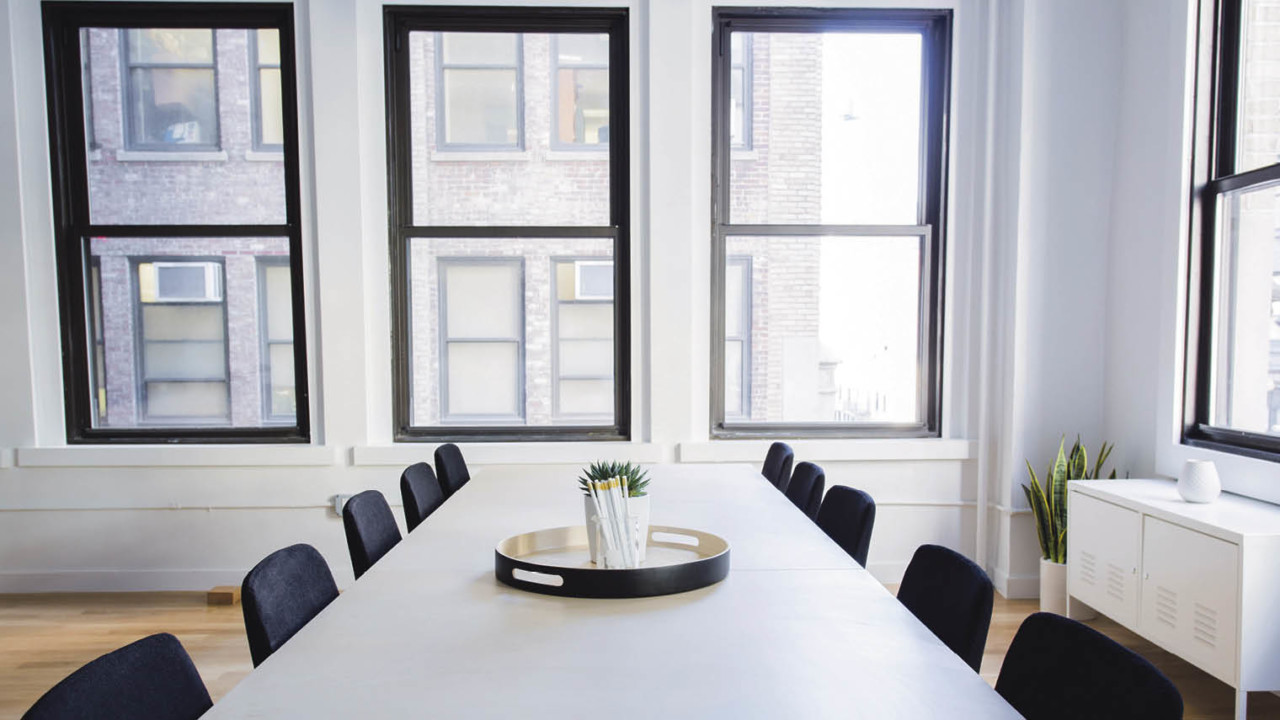 What are the top digital priorities for your organisation? Do you have a fit-for-purpose strategy for navigating this era of disruption and uncertainty? Where might your business need to pivot its operating model or reallocate investment to counter risk and capitalise on opportunity? What changes will a digital transformation involve for your role and function, and are you comfortable with the sacrifice and compromise this might require?

Even if you can confidently answer each of these questions, ask yourself have they been given sufficient consideration among your total leadership team? And would the answers from each of this team be consistent or lack congruence?

Few, if any, executives would dispute the profound and pervasive nature of digital on their organisations, and most leadership teams may believe they have collective commitment to a strategic response to the threat and opportunity of digital.

Yet for many, the questions of what such a response means, what’s really needed to position the business for success and where the real priorities are, can become sources of disagreement and conflict.

“It’s taken me between six months and a year, and sometimes failing altogether, to get consensus around a digital transformation agenda,” he says. “The reason this can sometimes be so difficult is that firstly everybody has a different view of what digital transformation actually means and quite often that view is quite firmly held. The second common source of tension comes when individual board members suddenly realise that genuine digital transformation might actually be a threat, certainly to how they do things, if not to what they do.

“Lastly, is when the CEO is either not clear or not supportive of getting clarity on the agenda and leaves it to the individual executive committee members to get clarity, which can quickly descend into anarchy.” 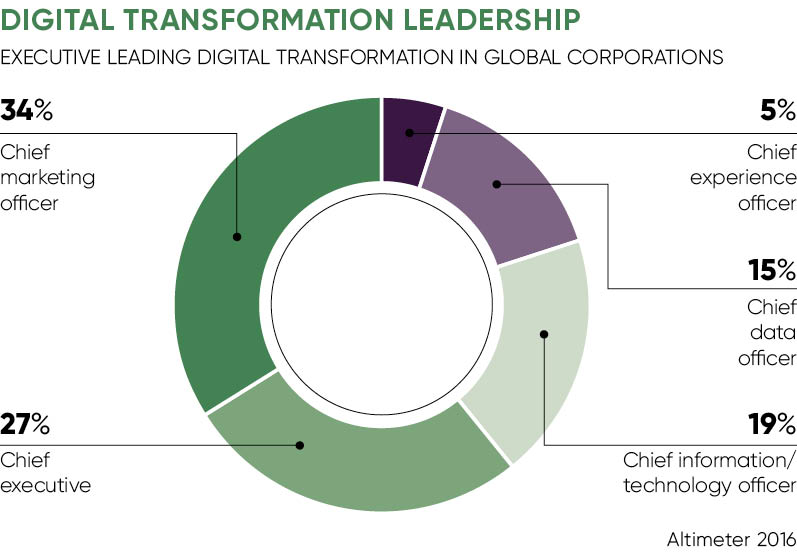 So where do you start? Where is conflict and tension most likely, and who among a leadership team should be most supportive of a digital transformation agenda?

The natural starting point in an effort to build executive alignment would seem to be the chief marketing officer (CMO) and chief information officer (CIO). After all, these two leadership roles are together responsible for an organisation’s technology agenda and for its customer experience agenda, central to any digital change journey. Moreover, these two should have the most proximity to the fast-changing digital landscape, and its impact on customer behaviour and expectations.

Yet counter-intuitively, these two roles can also be the source of most tension. Among the legacy of boardroom politics, the CIO and CMO communities have both been leading proponents for taking ownership, or at least, leadership, of their organisation’s digital agenda. But as organisations increasingly face up to the cross-functional, broad nature of digital transformation, functional leadership can in fact become limiting.

Hence the rise of the new power-player in the C-suite, the CDO. Often heralded as something of a digital saviour, accompanied by great expectations but also a limited or inconsistent understanding among peers of what’s really needed to be successful, the CDO role might actually be viewed as something of a poisoned chalice.

An executive that challenges the traditional command-and-control mentality which has dominated functions and profit and loss for so long. One charged with bringing answers to questions which may be ill-defined or not yet realised. And one often carrying the weight of responsibility for something so ubiquitous and so critical that it cannot truly reside on the shoulders of one individual.

Once the echo of the chief executive’s mandate has faded into memory, however, a CDO can find themselves facing a group of executives with widely varying expectations and levels of support. Too often a combination of instinct and pressure can lead the CDO straight into tackling fires or seeking out low-hanging fruit to build credibility. Instead, to avoid greater pain down the line, it’s crucial to invest time up front to spotlight potential conflicts among executives with theoretical support, and to build consensus, commitment and, frankly, conviction among senior leaders.

“Obviously the CEO’s mandate is critical, but the way to make change happen is not through the CEO alone, but through the other board members, the people who have execution responsibility,” says Mr Zuanella. These include the CMO and the CIO as well as the chief financial officer, but also, depending on how the business is structured, the profit and loss owners. “And it’s this latter group who have great responsibility around driving income and costs, and those are the people that I try and focus on, primarily, because they are the ones who show the results,” he adds.

Mr Zuanella highlights two important early-day roles for a digital leader seeking to build consensus for a digital transformation agenda. “I talk to executives individually to try and understand both concerns and priorities, and see where we can plug those gaps. And collectively I try to play more of a facilitator role, to let those differing views come to the surface and see where, together, we can find alignment.”

Better communication. Open dialogue. The importance of relationships. These may seem somewhat rudimentary conclusions to tackling competing boardroom priorities, but for many organisations, caught up in chasing the art of the possible, they can easily be overlooked.

Ultimately, whatever conflicting ambitions or opinions exist today, they exist because transformation, as the term suggests, involves change, ambiguity and risk. And the best, or perhaps only, defence is dialogue. As Mr Zuanella concludes: “The one thing about digital transformation that’s certain is that there is a high degree of uncertainty.”