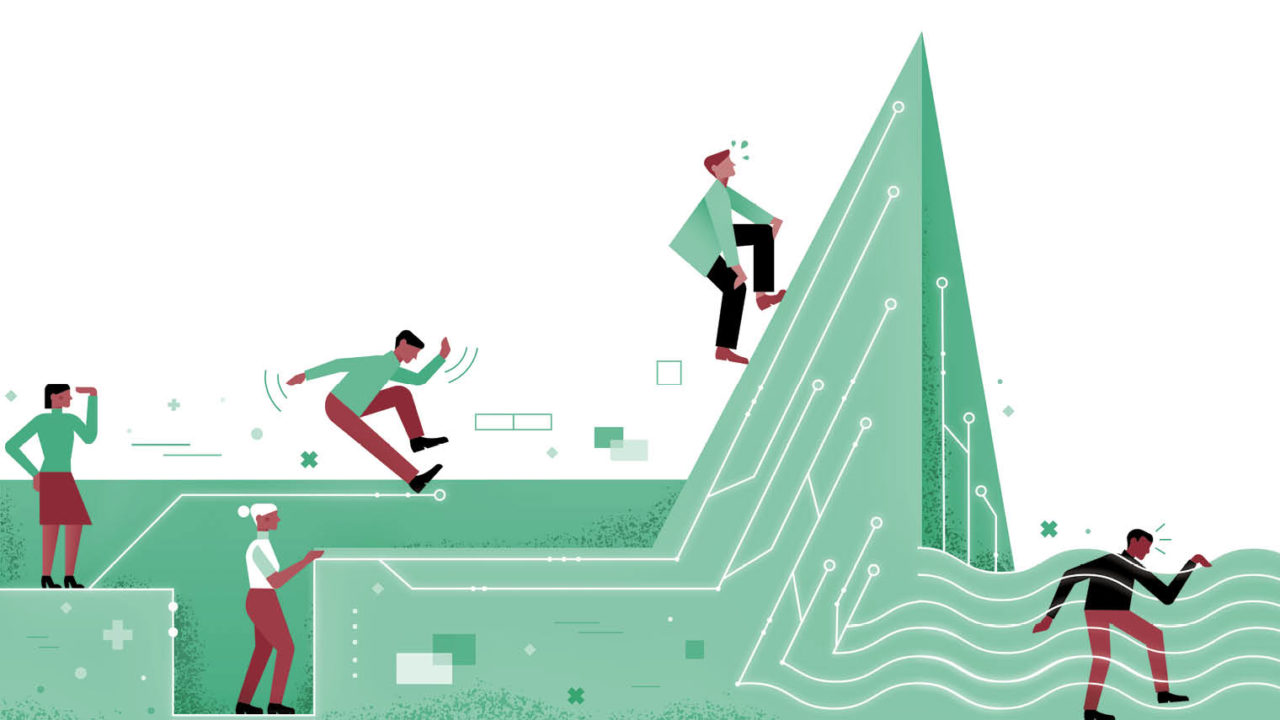 In an attempt to embrace an increasingly digital world, the BBC launched its Digital Media Initiative (DMI) in 2008. This ambitious project was set to modernise production operations and fundamentally change how the BBC both manages data and provides content to audiences, at the same time as reducing costs. Then-director of future media and technology Ashley Highfield said: “It is the single most important initiative we are working on. Without DMI, we simply can’t deliver many of our planned exciting new on-demand services.”

Overhauling the BBC’s data management system was a central part of the digital transformation, with considerable efforts made to enable staff to collaborate on audio and video content, including being able to access archived material.

German technology conglomerate Siemens, selected by the BBC to be their technology partner on the DMI project without running an open procurement process, lost the contract in 2009 after numerous delays and rising costs. The BBC brought DMI in-house after the Siemens contract was terminated, but problems persisted as the corporation didn’t have the required technical capability to deliver the already challenging programme.

In 2013, BBC director general Lord Tony Hall announced that DMI was to be shut down, writing off £98.3 million in unusable technology assets. Chief technology officer John Linwood lost his job the following year.

Consultancy firm PwC conducted a review of how the project was managed and found there was a lack of oversight, due to no executive steering board keeping DMI on track, alongside an inability of the overall governance structure to manage the project’s complexity effectively.

The PwC report also noted that while technological advancement was prioritised, improving business practices and operations didn’t receive the same focus, illustrating the importance of keeping company culture aligned with digital strategies when carrying out a comprehensive digital transformation.

Few digital transformation failures damage the bottom line as much as the Co-operative Bank’s £300-million IT fiasco. The bank made the decision to embark on a transformation of its legacy technology infrastructure in 2006 and began to consider how to rebuild systems from the ground up. New regulatory requirements in 2010 pushed for a single view of customers, necessitating a major digital transformation.

Instead of improving on current systems, the bank wanted to do away with antiquated solutions and set about replacing core banking infrastructure. If successful, this project would have been the first time a full-service UK bank replaced its core banking systems.

Unfortunately for the bank, the transformation was too complex and it simply didn’t have the required capacity to orchestrate such a major project, especially as prominent members of the IT leadership team changed during the initiative and other senior staff didn’t engage fully.

As a result of these challenges, the programme was abandoned in 2013. Sir Christopher Kelly was tasked with chairing an independent review into the events leading to the bank’s £1.5-billion capital shortfall and he placed part of the blame on the digital transformation failure.

Sir Christopher writes that the transformation was beset by “poor co-ordination, over-complexity, underdeveloped plans in continual flux and poor budgeting. It is not easy to believe that the programme was in a position to deliver successfully.”

It’s clear that the bank needed to improve its aged banking systems, but the decision to rebuild from scratch was too ambitious and proved to be unachievable. Managing large-scale change also requires constant scrutiny of progress to ensure goals are reached, which proved difficult as chief information officer Gerry Pennell, who played a key role in the decision to undertake the transformation, left the bank in 2008.

Transforming everything at once can spread resources too thin

Like other large multinational corporations, American conglomerate General Electric (GE) struggled with bringing about a digital transformation. Then-GE chief executive Jeff Immelt decided against focusing on individual digital initiatives or projects in different parts of the company and in 2015 created a separate business unit called GE Digital. It was hoped this new endeavour would not only allow GE’s in-house operations to make better use of their data, but also turn GE into a more technologically focused enterprise.

Despite GE pumping billions of dollars into GE Digital, the fledgling business has failed to stop the collapse of GE’s stock price and the organisation looks on course for continued losses. Predix, GE’s industrial internet platform, faced delays and technological issues, which meant it was unable to compete effectively with rival services.

Current chief executive John Flannery now plans to refine GE’s digital operations, telling investors last year: “We are still deeply committed to it, but we want a much more focused strategy.” As part of this new strategy, implemented after the digital transformation failure, GE is selling GE Digital and ditching plans to become a major player in the software space.

Modernising business operations and opening up new revenue streams through digital transformation is a laudable goal, but by failing to concentrate on a single area of improvement, large companies like GE will find it almost impossible to succeed in implementing a widespread transformation strategy.

Tasking GE Digital with this overwhelming undertaking spread the unit too thin and ultimately led to its sale. A further issue with GE Digital was its need to provide quarterly performance updates and a profit-and-loss statement, which restricted its ability to commit to long-term value creation and pushed the digital arm to focus on short-term goals.

Sportswear giant Nike is now a leader in digital business, but the retailer faced digital transformation failure. Nike launched a new business unit called Nike Digital Sport in 2010 to take the lead on digital initiatives and create new technological capabilities across the company.

Two years after the development of Nike Digital Sport, the firm released its innovative wearable FuelBand, which initially proved popular with customers. Thanks partly to the work of Digital Sport, the activity tracker could provide wearers with detailed statistics and made Nike a leader in wearable devices.

However, by 2014, it was reported Nike would be cutting the Digital Sport workforce by 70 to 80 per cent and discontinuing FuelBand after being unable to exploit data generated, alongside poor margins and difficulty finding enough skilled engineers.

Nike clearly learnt lessons from this setback and moved away from manufacturing hardware in-house to focus on its software offering, further building on the Nike Plus digital brand.

Companies considering undergoing a digital transformation should ensure they don’t repeat Nike’s misstep, by having a well-defined transformation plan in place and not launching a digitally enabled service or product, like FuelBand, without an adequate data analytics platform to support its rollout.

With research from database developer Couchbase finding 90 per cent of digital projects fail to meet expectations, it’s important to have a realistic and achievable target outcome for transformation or there is a strong possibility that enterprises will end up unhappy with the final result.

American multinational Ford has a long and successful history of selling vehicles around the world, but this 115-year old company had trouble bringing about a digital transformation that was able to change its prospects fundamentally.

In 2014, then-chief executive Mark Fields announced grand plans for the company to become a “personal mobility” business and put innovation at its centre. But rather than fully implementing digital solutions in its core business, Mr Fields opted to develop new digitally enabled cars and innovative mobility solutions in a new segment called Ford Smart Mobility, located thousands of miles away from Ford headquarters

The siloed Smart Mobility spin-off was too slow in driving forward digital transformation, with Ford seeing its share price fall by almost 40 per cent. Mr Fields stepped down as chief executive in 2017, with executive chairman Bill Ford Jr saying he wanted to focus on how digital innovation can be applied at all levels of the company.

“Should we sharpen our message? Absolutely,” Mr Ford Jr told a press conference after Mr Fields left the company. “To be able to sharpen your message, you need to have clarity of strategy and a clear sense of alignment behind that message.”

When digital transformation goes wrong, it’s vital companies seek to not just understand the reasons for the failure, but also ensure future digital initiatives are not doomed to repeat mistakes. The digital transformation failure at Ford shows the importance of a unified approach, especially at companies with diverse business segments, as well as the need to embrace transformative strategies in every part of the organisation.