Company CEO Sharon Price John explains how she took the retailer from $48m in losses to the strongest first half of its 25-year history, through the expansion of ecommerce, licensed bears and NFTs

The Build-A-Bear brand still holds a fond place in the hearts of many, who may remember constructing their own stuffed animals at friends’ birthday parties. But a lot has changed in the retail industry since the company was founded in 1997.

As consumer spending has increasingly shifted online, bricks-and-mortar stores have often struggled to make the leap to ecommerce. And the challenges facing Build-A-Bear were even more pronounced.

Coming into the business from children’s footwear brand Stride Rite in 2013, CEO Sharon Price John took on the task of modernising the ailing company. The year prior, Build-A-Bear Workshop had pre-tax losses of over $48m (£43m) and was in a “really challenged situation”, according to John.

“Build-A-Bear is not just a bricks-and-mortar retailer, it was primarily mall-based retail-tainment and was known for the physicality of the shopping experience,” John says. “Those things, combined with the fact that our primary customers are children, made it that much more difficult to imagine the evolution of the business.”

Property vacancy rates in malls were higher than in any other retail area in the US in the fourth quarter of 2021 (8.3%) and these shopping centres are at a greater risk of further store closures over the next five years, according to analysts at UBS. They predict that up to 50,000 American retail stores will pull down their shutters by 2026.

For John, these figures highlight the urgent need for every retailer to think of themselves as a digital company “in some way, shape or form”. She adds: “Everything that holds the company together and makes the company operate has to go through this digital transformation. But for us, being a vertical retailer, we also needed to consider how best to participate in the growing digital economy. That required us to think entirely differently about the brand.”

Being a product that is predominantly aimed at children – a customer base with little online purchasing power or access to credit or debit cards – presented another obstacle for Build-A-Bear, as it shifted its focus towards ecommerce.

John says: “We realised that, not only did we have to rethink the channels where we were participating, but we also had to think about the expansion of our addressable market and how we could appeal to teens and adults that transact online.” 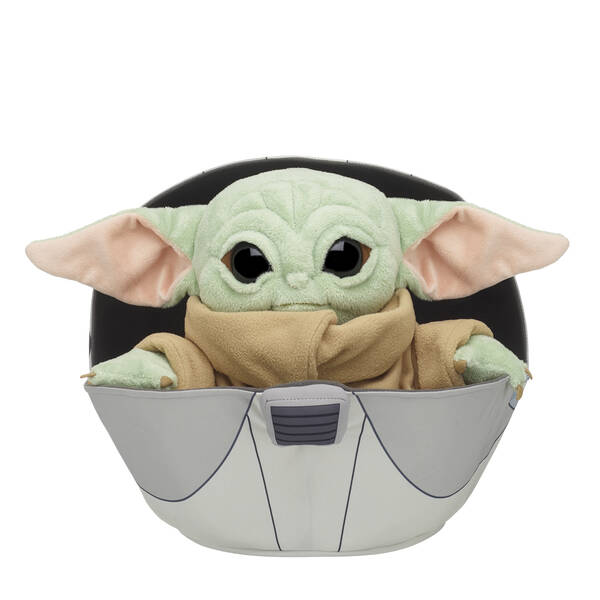 According to John, working in the company’s favour was the strength of the brand, which has established “deep emotional connections” with its customers. Building upon this, Build-A-Bear Workshop sought to expand its range of licensed products to appeal to an older audience who has grown up with the brand.

These have included tie-ins with The Matrix, Gremlins, Deadpool, Friends and a Grogu soft toy, based on the baby Yoda character from the Star Wars TV show The Mandalorian. The latter product has proved particularly popular, generating a billion impressions across social media on its launch.

As a result of these changes in strategy, 40% of Build-A-Bear Workshops sales are now made to teens and adults, while the figure previously stood at 25% at the start of John’s tenure. Similarly, ecommerce now accounts for 20% of sales, where this was once 5% in 2012.

The diversification of the business has included the development of an outbound licensing arm, which generates royalty revenue from licensed products, a content creation arm Build-A-Bear Entertainment, which has a multi-year deal with Sony and a Netflix film The Honey Girls and even NFTs.

Build-A-Bear Entertainment has also partnered with Reese Witherspoon’s production company Hello Sunshine to produce a modern retelling of Goldilocks and the Three Bears.

As a result, Build-A-Bear Workshop posted one of its best quarters at the start of the year, recording a gross profit of $70m and, over the trailing 12 months, has a turnover of $440m. This means the business is on track to record its highest revenues since 2008.

“We not only executed an immediate financial turnaround,” John says. “We executed a multi-dimensional business-model shift, moving from a retailer that happened to have built a powerful brand, to a branded intellectual property company that just happens to have vertical retail as one of its revenue streams.”

How Build-A-Bear has gone digital

John describes herself as “a change agent” and drew on her prior experience in the toy industry as she transformed Build-A-Bear Workshop. “There is a process for change, but it’s about human psychology more than anything else,” she adds.

The concerning financial situation the business found itself in at the start of her tenure worked in John’s favour in this regard. “It can be harder to get organisations to evolve and change when nothing is discernibly wrong,” she says. “But when you’re on a challenging path, as Build-A-Bear was, with eight years of declining profitability and a really tough year prior to me starting, it’s easier to express the negative potential outcome if change doesn’t happen.”

There is an optimism that Build-A-Bear Workshop can continue on this growth path, despite the current economic headwinds. “Nothing’s recession proof but there are some categories that tend to be more recession-resistant than others and the toy market is one of those,” John says.

She believes that the business’ recent profits were separate from any Covid-related bounceback. Instead, she claims that the financial results have been due to “the fundamental changes that we’ve made through digital transformation and the evolution of our retail footprint”. Some 35% of Build-A-Bear stores are now based in tourism and hospitality locations, rather than the traditional malls.

John also points to the Birthday Treat Bear promotion as one of its methods for keeping products affordable. The birthday promotion links the price of the soft toy to the age of the child it’s being bought for. If a child turns four, their parents can come into the store and buy a teddy bear for $4. “It can be a very approachable purchase for almost any socio-economic strata,” John adds.

The promotion does have an additional benefit for the business. Getting the discounted rate is dependent on signing up to Build-A-Bear’s loyalty programme. John describes this as a “reverse acquisition cost” – the younger they are, the less they pay, but the longer the customer is part of its database. “This means we have an opportunity to engage with that consumer for more years, creating longer lifetime value,” she adds.

Capitalising on this customer data is the next stage of the company’s digital transformation. The loyalty programme has 20 million first-party data points but there is a need to add analytics to improve the customer experience.

John says she’s agnostic to how people engage with the brand, whether it’s watching The Honey Girls feature film, hosting a Build-A-Bear birthday party or downloading its app. But she adds: “It’s our job to assure consumers that if you engage in one area of the business, we can use your preferences to serve up something else that you like in a different area.”

Although many of these changes behind the scenes may have gone unnoticed by the wider business world, John is proud of what her team has achieved. As the company moves into the digital age, she is determined that the brand holds firm to its heritage. She says: “Build-A-Bear is iconic, multigenerational, highly trusted and, from my personal experience, it’s beloved. Whenever anyone finds out I’m the CEO of Build-A-Bear Workshop, it rarely goes without a smile, a story and usually a hug.”