The CEO of any organisation is fundamentally responsible for all who sail in her, and part of this means considering who can take the helm next 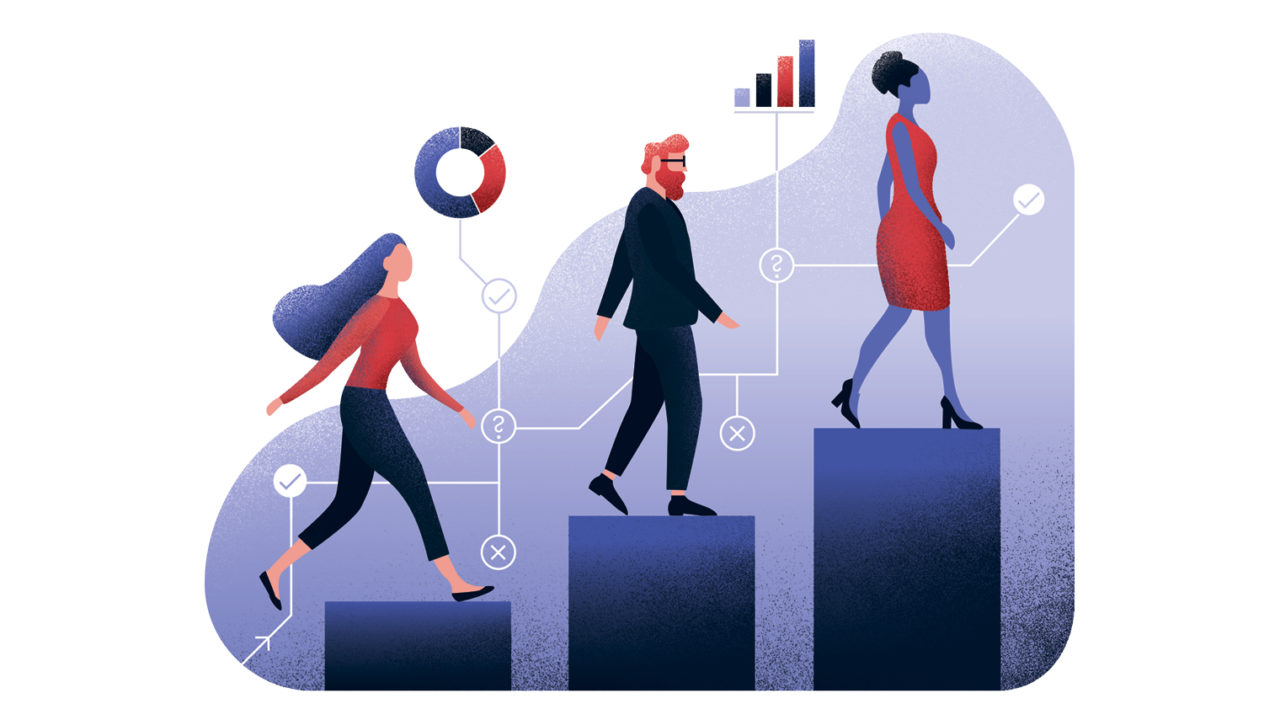 Developing a CEO succession plan may seem distant concern for an incumbent with no immediate plans to leave, but a lack of one can have implications for the health of a business. “A CEO can make or break a company” notes Clem Chambers, CEO of financial market website ADVFN. “When Steve Jobs first left, Apple nearly went bust within a few years. A company is often the manifestation of a CEO and an unplanned-for change is unlikely to end well.”

Who should design the CEO succession plan?

So who is responsible for creating a CEO succession plan? Some believe it is the chief executive themselves. “Succession planning should start on a CEO’s first day,” says Tony Kirschner, partner at executive search firm Leaders International. “They are responsible for refining their executive team and ensuring its sustainability, so they should immediately start looking for indicators of leadership and wider interest in strategic direction amongst their staff.” 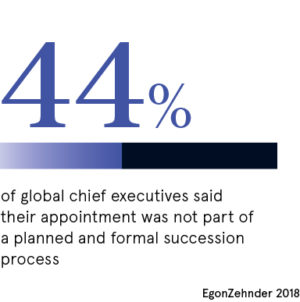 For larger companies, choosing a successor is up to the board which should have a subsection known as a nomination committee. “If these committees are managed properly,” explains Mark Andrews, Managing Director of Laing O’Rourke’s Middle East branch, “they should engage the CEO of the business and the HR Director at the very least.”

A board can also help when the CEO is themselves the bottleneck. It is not uncommon for a CEO’s ego to undermine a good succession plan if they believe they are the only person truly able to run the business. This is especially difficult when it comes to family-owned companies or founders. “Founders have an extra level of bias and commitment to their organisation, which they can be reluctant to let go of,” says Greg Longster, Mr Kirschner’s partner at Leaders International.

Recent high-profile cases show just how vital a board is for combating “Founders’ Syndrome”. At Tesla, the decision to remove Elon Musk had immediate results for the company’s shares, and the absence of a board could see the end of multi-million dollar beauty brand, Deciem, whose controversial CEO, Brandon Truaxe, is jeopardising revenue and attracting lawsuits from stakeholders.

While a board, complete with nomination committee, may make sense for organisations with hundreds, or thousands, of staff members, it is an unrealistic expectation for smaller companies.

“It does not make much sense to have succession plans at our stage of business, given that our structure has changed so much over the last three years” says Gideon Farrell, CTO and Co-founder of Converge, whose program provides real-time monitoring for the construction industry, “however we do have a number of team leads who started early on and have grown into upper management roles.”

Herein lies the “how” of succession planning for any company: talent development.

Finding the future CEO from within the ranks

Identifying qualities desirable in a leader should be the first step in creating a CEO succession plan. These can be anything from a particular approach to problem-solving to concrete experience in a given sector. “I think there are a set of core skills every CEO should have - from a voracious curiosity to a willingness to surround yourself with people more knowledgeable than you,” says Peter Hart, CEO of specialist recruiting firm Austin Fraser. “These are skills which we look for and nurture in our employees throughout the company.”

Naturally, undertaking a thorough audit of your existing talent pool comes next. High performers should be funnelled into a nurture programme preparing them for senior positions. At Laing O’Rourke, says Mr Andrews, a robust succession plan is the backbone of the whole company, “I have changed three senior people in the last two years, and each was predicted on a succession plan made four years ago. The movements at the top are in-line with this plan and there is a strong process for developing internal candidates. If nothing else, it sets a really good standard for looking thoroughly at the talent pool you have.”

There are, of course, risks to selecting the future CEO from the ranks of the company. Talented staff members not selected as part of the plan may feel undervalued or overlooked, and of those who are chosen, ultimately only one will get the job. A solid CEO succession plan must take into account the reality that ambitious staff may opt to leave if they feel the role is not one they will eventually attain.

The best way to combat this, says Mr Longster, is a transparent communications plan developed alongside the succession plan. “This ensures that high-interest people feel valued, remain at the organisation, and start taking on a more strategic role. Communicating the succession plan as early as possible allows senior management to fill the necessary gaps without surprise when the time comes.” 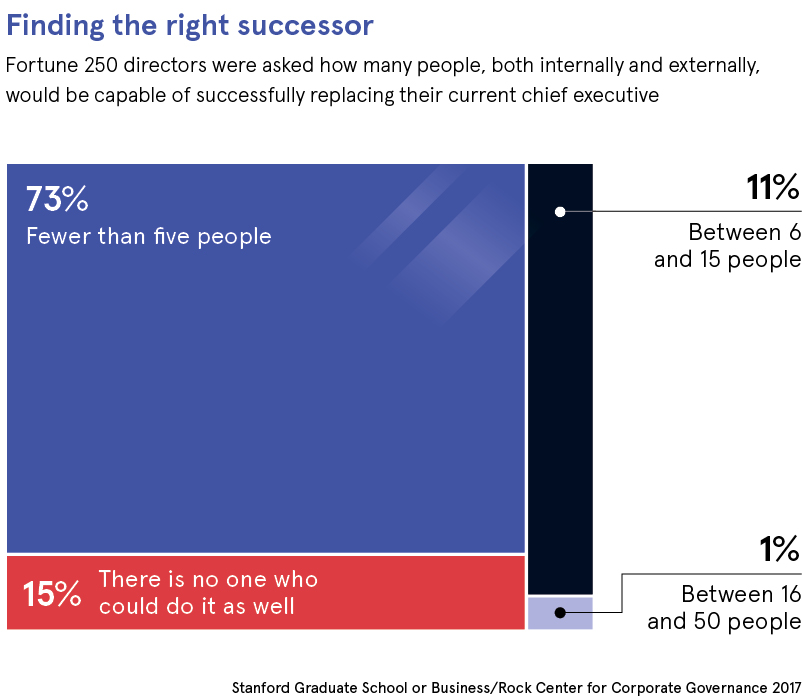 How to hire externally

So, you have identified the right candidates within your organisation, initiated them into a program of leadership training and navigated the choppy waters of office politics, surely the battle is won? Effective CEO succession planning, however, is an exercise in covering all the bases. Say the candidates you have been nurturing opt to leave, or cease to be fit for the position? Or perhaps the organisation chooses to undertake a business transformation project, and suddenly the CEO needs to be someone with a new set of skills and experiences?

In such cases, many organisations may choose to hire externally. This can help avoid awkwardness among the workforce, so staff are not deferring to a former peer, but it can lead to organisational upheaval. The CEO has the power to change the direction and dynamic of a business fundamentally, so it is important that an external hire thoroughly understands an organisation’s ethos and communicates proposed changes carefully, and after due deliberation and consultation.

Whether you hire internally or externally, a company’s success is tied to its CEO, and choosing the right successor is crucial. “When the CEO of Lloyds bank fell ill”, says Mr Chambers, “Lloyds’ share price tanked. Then he returned and all was well, but even something as temporary as CEO ill health can have a huge short-term impact”.

Creating a CEO succession plan is vital, whatever the size of the organisation. “It does not need to be laid out in mind-numbing detail,” summarises Mr Andrews. “It can be nothing more than a piece of paper with names and the potential of those people to fit into particular boxes, but it must be done. Every company, of any size, should be looking at management power and the development of their staff.”