Demand for engineering skills in the UK could mean onboarding as many as 265,000 new recruits a year through to 2024, equivalent to the population of Plymouth, every 12 months. That is a lot of engineers.

Fast-growing customer-acquisition platform Mention Me closed its first funding round of $7 million this summer. While it has been successful finding new hires with engineering skills, getting the talent mix right has been tough, chief technology officer Tim Boughton concedes. “Barriers to entry to be a software engineer have never been lower,” he says. “Technical skills matter less; it’s the engineering thought-process and structured problem-solving which are in demand.”

Demand for engineering skills and mindset has never been higher

Core attributes still hold good, says Will Jones, head of engineering at online mortgage broker Habito and external lecturer at Imperial College London. “Good engineers have technical expertise, are critical thinkers and ultimately creative. With these broad abilities, graduates should be able to succeed in the majority of software jobs. But, with the rapid pace of technological change, the number-one skill is adaptability,” he says.

In under three years, Habito has grown from a team of six to 120, raised £27 million in fintech funding and hired 35 engineers. Demand is up too in connected and autonomous vehicles.

“For the next generation of engineers, there has never been a better time to look for a job,” according to Adrian Bedford, chief scientist at StreetDrone, a driverless car tech startup from Oxford.

As well as building the cars themselves, engineering skills will be needed for artificial intelligence and driving software, plus infrastructure.

However, a recent UK report published by StreetDrone with the Centre for Economics Business Research reveals the creation of 10,000 new jobs with driverless cars by 2035 looks set to outpace the emergence of young people with the right skills. “Currently, there is only one university in the UK offering dedicated courses to the autonomous vehicle industry, meaning companies need to look beyond direct skills and experience,” says Mr Bedford.

Social and communication skills are vital for engineers

Combining a mix of talents and types calls for communication and team-working, as well as engineering skills, says Jens Roehrich, professor of supply chain innovation at the University of Bath School of Management. “Apart from technical expertise and maths skills, ‘modern’ engineers need to work in international and diverse teams to deliver projects. Engineering students will therefore need to learn to communicate effectively,” says Professor Roehrich.

Personal attributes such as positivity, coachability and emotional intelligence can boost employability, says Mr Boughton. He says: “Soft skills offer engineers a way to differentiate in the workplace and also at interview stage.”

Not everyone likes the terminology, though, argues Ljiljana Marjanovic-Halburd, head of the School of Engineering and Sustainable Development at De Montfort University (DMU). “I think the so-called lack of soft skills is actually a symptom of a lack of understanding about how engineers can solve the world’s burning societal issues,” says Professor Ljiljana.

To develop a more socially minded approach, DMU sets its students to work on live projects with Engineers without Borders, focusing on practical, sustainable solutions to problems in some of the world’s poorest communities.

Tim Ibell, professor of structural engineering at the University of Bath, is even less sold on the phrase. “We do not need engineers with soft skills. We need emotionally intelligent people with engineering skills. This represents an entirely new paradigm for recruitment of engineering students.” 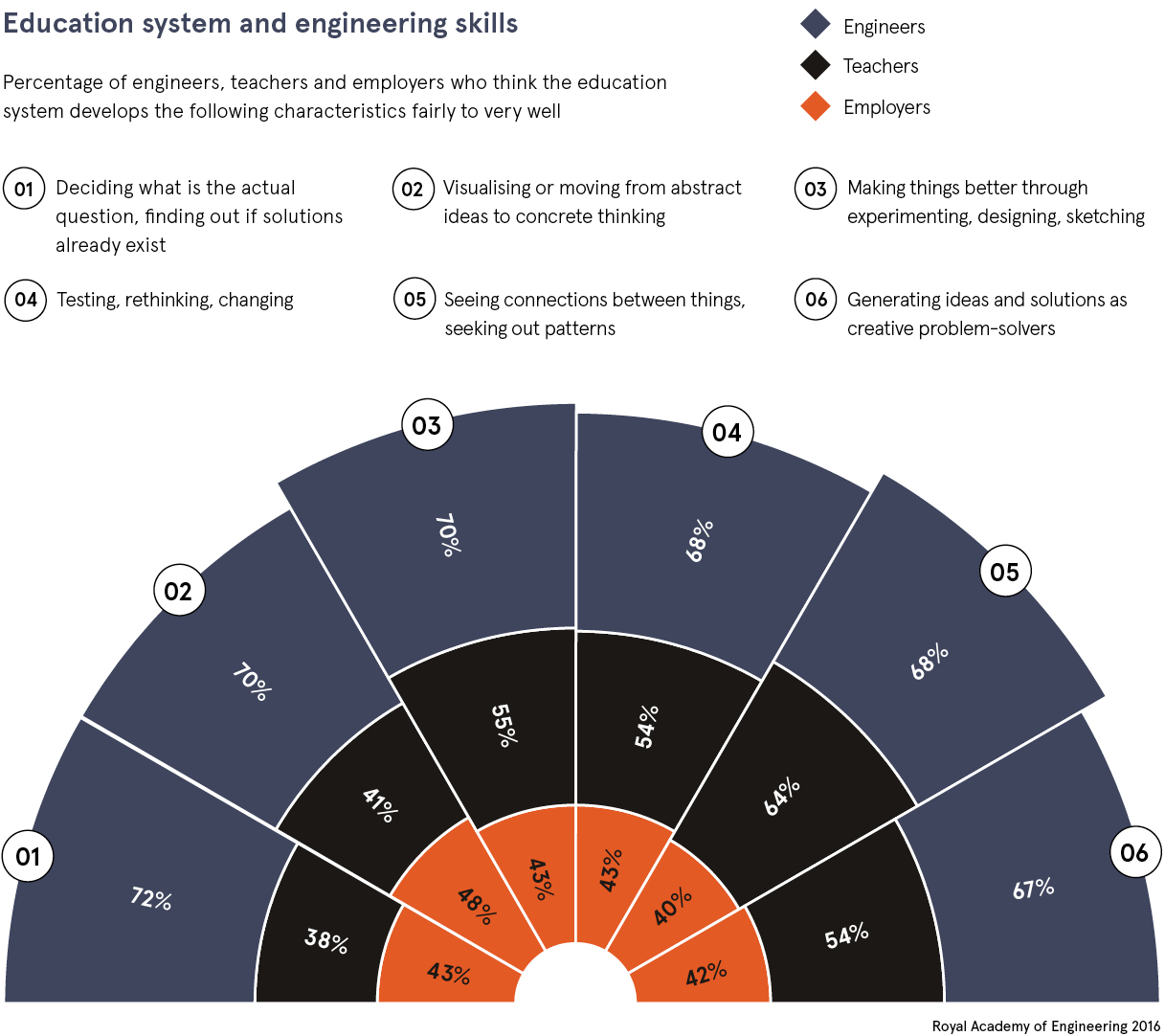 Inaugurated in Hereford this October, NMiTE (New Model in Technology and Engineering University) is the first in a new wave of universities appearing in the UK, following a government shake-up of the sector. It aims to help resolve the estimated annual shortfall of 40,000 engineering graduates by opening opportunities to a more diverse cohort.

“Engineering lacks diversity,” says chief executive Elena Rodriguez-Falcon. “Britain has a huge shortfall of talented engineers and part of this problem is too few young females see it as the sort of career they want, and they are not inspired to take maths and physics A levels.”

NMiTE is aiming for a gender-balanced intake. It is also seeking to embed students directly into the fabric of industry. Ms Rodriguez-Falcon says: “To produce engineers who are work ready, agile and lifelong learners, we are setting out to ensure they experience being engineers from day one. This will happen working entirely on real-world problems provided by UK employers.”

Higher education institutions should promote and encourage lifelong learning, says Matthew Cooper, head of school, business and management, at Arden University. “The ongoing and voluntary acquisition of knowledge is key to a successful career, as it helps the individual to develop adaptability and attention through continuous learning,” he says. 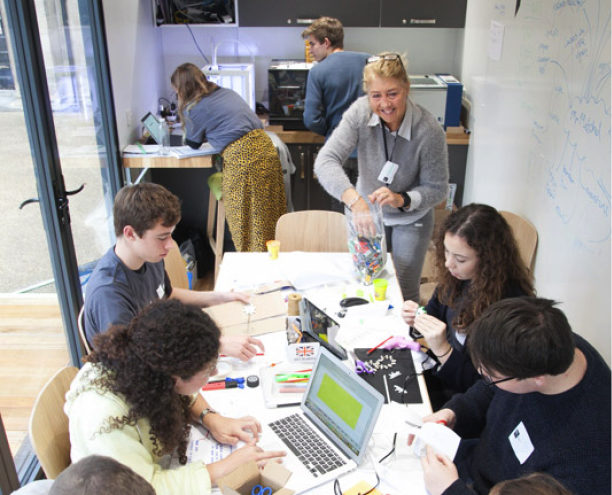 Talent with the necessary engineering skills must be treasured

Continuing professional development can require some adjustment, though, says Professor Ibell, chair of judges for the 2018 Institution of Structural Engineers’ Structural Awards. “New graduates coming into structural engineering these days might have digital skills their line manager does not,” he says. “This represents a different era of knowledge-transfer in the workplace. It is a real challenge as chartered engineers usually feel their study days are behind them. They are wrong.”

Engineering must treasure and retain talent it has, says John Kirven, senior value proposition consultant at Canon UK. He says: “As we enter a new era of digitisation, bridging the skills gap isn’t just about attracting new entrants, employers should also be investing in existing staff by retraining and upskilling teams.”

Some engineers may need to move not just jobs, but sectors to continue careers and, according to Mr Kirven, transferable engineering skills can be role related, technical or general. There are also resources such as the OPITO Skills Connect tool to help oil and gas workers transition elsewhere. However, as economic pressures worsen, so too can attitudes to risk. He warns: “In industries such as construction, employers can be reluctant to invest time and money in workers from other sectors experiencing temporary downturn, as they fear they may leave.”

The hard truth is engineering cannot afford any loss of talent whatsoever, whether new, existing or transferable. From software and structures to self-driving cars, the demand is present, but it is changing, rapidly and repeatedly. The question is can education and industry respond?

Dubbed everything from a stealth tax to a boon, the apprenticeship levy divides opinion. It is payable at a rate of 0.5 per cent by employers with wage bills bigger than £3 million.

“The complexity and inflexibility of the scheme has impeded its success,” says Hollie Ryan, associate and employment specialist at law firm Stevens & Bolton. “Some industry-specific training and qualifications are not covered.”

Despite 30 per cent of UK business being engineering related, recruitment specialists such as Encore Personnel have seen a real decrease in skills availability within blue-collar positions. Limited levy money, plus cost, prove a big deterrent, but it is also generational, says technical operations manager Louise Bragg.

“These manual positions are mainly held by the older generation,” she says. “The younger people are opting for disciplines that require less manual work, such as design engineering. There are exciting projects within rail and road crying out for these skills.”

Nevertheless, funding inequalities, disparities over standards duration, as well as lack of choice in higher levels persist, says chief executive of Skills4STEM Sarah Davis. But she remains bullish. “It’s an excuse to say the levy is not working and for employers not to engage. For those who do, it’s a fantastic opportunity to upskill existing talent and encourage new,” Ms Davis concludes. 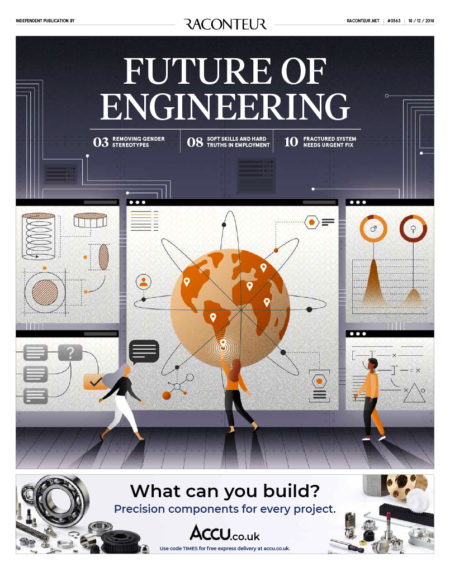