We are increasingly living in a world of belief-driven buyers, where two thirds of people will boycott a brand if they do not like the company’s stance on social or political issues, according to a worldwide study of 8,000 people in late-2018.

Yet what people say and what they actually do are very different, which is forcing brands to explore technologies such as eye-tracking software, brain scans and reaction-time studies, and using ethnography for marketing and consumer research.

Phil Barden of decode marketing says: “When you use a methodology of self-reporting, other biases come in, such as social desirability, how people portray themselves and what respondents think the researcher is trying to get at. That is why we typically use implicit tests using reaction time.

The subconscious mind makes 95 per cent of our decisions, so tapping into that is how you drive behaviour change

“We know there is a big difference between what people say and what people do. If you ask ‘Are you a racist?’ guess what they are going
to answer.”

While companies are increasingly using ethnographic market research techniques, they have yet to go truly mainstream.

“It is about not just understanding what people are doing, but understanding why they are doing it,” says Mr Barden. “If someone is fixating on a certain pack in a supermarket, is that because the pack stands out, is it their favourite brand or are they confused and staring at the pack trying to work out what it is? You may need another level of understanding and things like eye-tracking software, implicit testing and reaction-time testing can let companies get the full picture.”

Looking inside the brain

Neurons Inc has worked with companies including IKEA and Visa on ethnographic market research to get beyond what they can learn from traditional focus groups. They use electroencephalogram (EEG) brain scanners to delve into the mind’s inner workings.

Thomas Zoëga Ramsøy, founder and chief executive, says: “These companies are interested in testing out new concepts and prototypes, and they can’t use mature metrics to understand how people respond to a new solution. By using traditional methods, they underestimate how people respond. Neuroscience methods have been helpful in understanding the basis for their decisions.”

While eye-tracking software is popular, it is not the only tool that companies are using to carry out ethnographical studies.

A company called Neuro-Insight, founded by cognitive neuroscience researcher Professor Richard Silberstein, has worked with big brands, such as Coca-Cola, Facebook, Samsung and the BBC, and uses a technique called steady state topography (SST). In this, subjects wear a cap, with felt sensors soaked in salt water, similar to that used in EEG scans.

“With EEG, because brains work at different frequencies, you get a lot of noise,” says Neuro-Insight’s UK chief executive Shazia Ginai. “With SST, they also wear a visor and in the periphery there is a flickering light which creates a signal in the brain and we track that signal. With EEG, you just look at the peaks. With SST, we look at the speed at which an area reacts to that signal quickest.”

Tapping into the subconscious

One area of particular interest is a point at the back of the brain that looks at emotional intensity. “If you feel strongly about something, you will say I need that,” says Ms Ginai.

“We also measure visual attention – how stimulated your visual cortex is – which is very interesting when you look at the digital space. When people scroll through their feeds, it is useful to know that they are visually stimulated and whether this goes into their memory as well.

“The subconscious mind makes 95 per cent of our decisions, so tapping into that is how you drive behaviour change. We look at a lot of subconscious responses to advertising and communications. The key part we look at is the area of long-term memory encoding, about what drives your future actions or behaviour change.”

Neuro-Insight worked with frozen food company Bird’s Eye on its adverts. The research, using SST, revealed that television adverts which showed the product in freeze frame were far better than those that did not. One of the company’s ads for frozen fish that used this insight led to a 7 per cent increase in market share. 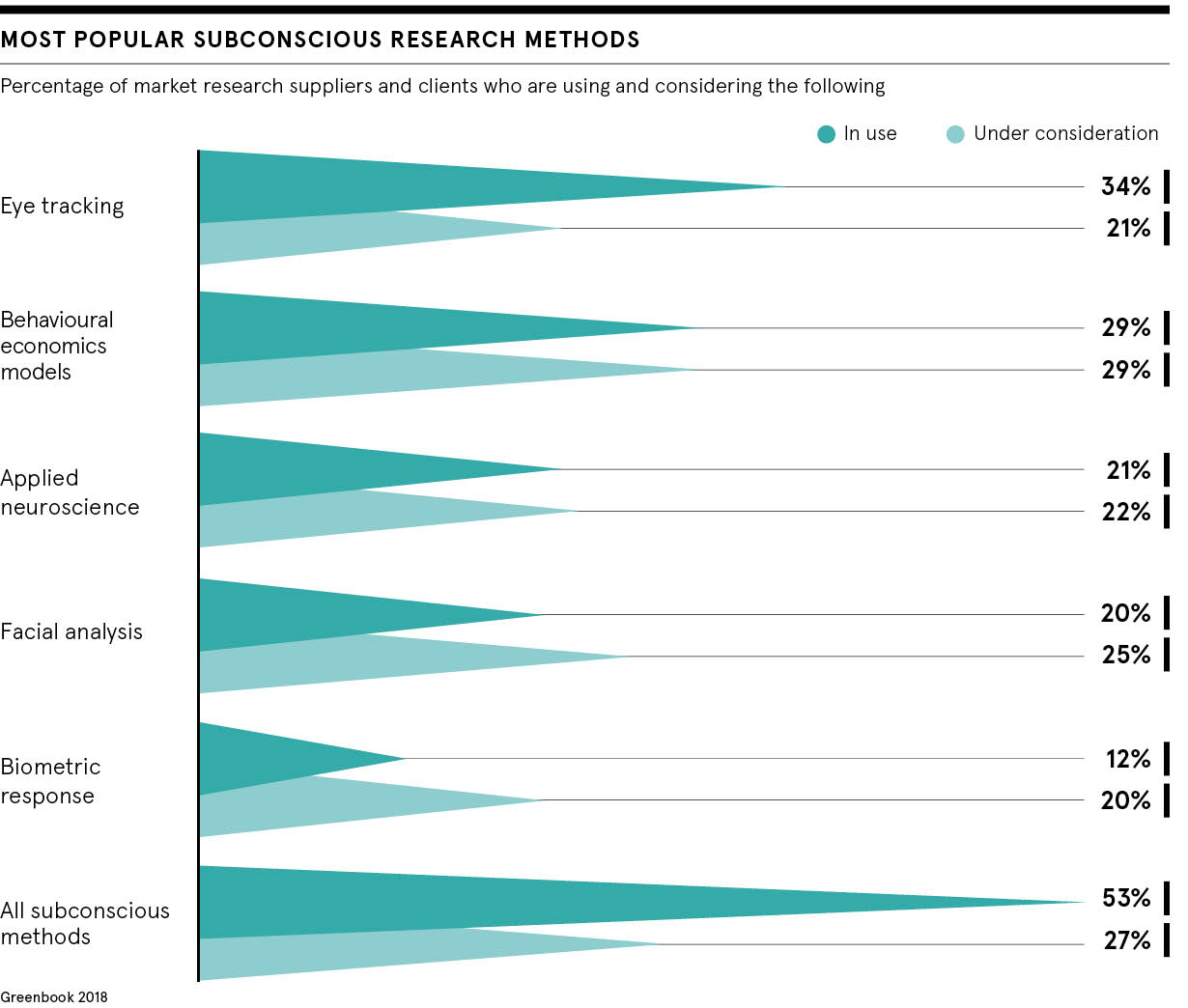 The benefits of eye-tracking software

Among the latest innovations in ethnographic research is combining eye-tracking software with virtual reality (VR).

Eye-tracking software consultant Tobii Pro conducted a survey for out-of-home advertising company JCDecaux at Heathrow Airport. Subjects were given a VR headset and experienced a journey around a virtual terminal.

The study looked at how many of the company’s display screens that passengers were exposed to, the number of ads they saw and how long they looked at them. It found that dynamic ads encouraged significantly more engagement than static ads, holding passengers’ attention for longer.

Tobii has also carried out eye-tracking research into TV commercials in seven US cities. Among the findings were that attention to ads declines over the course of the commercial break, micro-ads of five to ten seconds are very good at keeping viewer’s visual attention and classical music is far better than a brand-specific jungle at keeping viewers engaged.

In a world where brands are engaged in an increasingly competitive fight to get noticed, eye-tracking software and other tools that can get insights into the subconscious are only going to become more popular. And when self-reporting is clearly not reflecting the real world, brands that adopt these techniques will flourish. 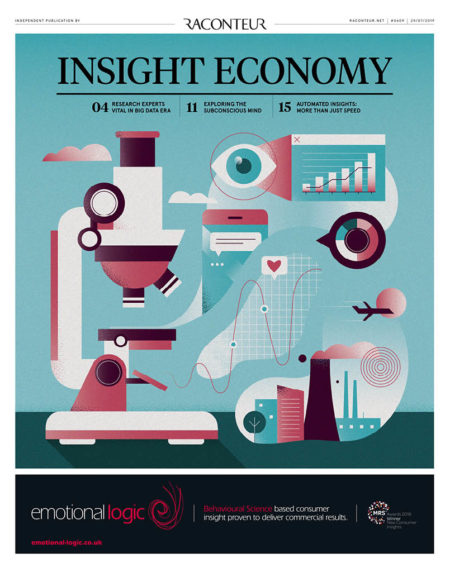