Barclays was forced to abandon its pilot of a controversial employee-tracking system that monitored the time staff spent at their desks.

The system, which the bank said was brought in to raise productivity, tracked the activity of employees in real time. It reportedly told staff to avoid breaks if they were deemed not to be working hard enough and it recorded activities such as toilet visits as “unaccounted activity”.

Following a backlash, Barclays last month scrapped the system. But it wasn’t the only time the bank has been criticised for implementing “intrusive” tech in the workplace. In 2017, it installed heat and motion devices, which tracked how much time employees spent at their desks, to determine the best use of office space.

Taking the concept of employee tracking one step further, in January the US House of Representatives passed legislation stipulating that employers cannot force their employees to have an ID or tracking chip implanted in their bodies as a condition of employment.

This might be an extreme example, but organisations using everyday workplace tech to track employees’ activities is increasingly common.

A 2019 report by Gartner found more than 50 per cent of organisations are using some type of non-traditional employee-tracking techniques. The firm expects this figure to jump to 80 per cent in 2020, with companies typically “analysing the text of emails and social media messages, scrutinising who’s meeting whom, gathering biometric data and understanding how employees are utilising their workspace”, Gartner says.

As with any workplace tech investment, employee buy-in is essential. Hostility from workers can stop any corporate plan to improve the workplace in its tracks. So, what can business leaders do to ensure the workforce is on-side with any new investment?

“The Barclays incident is a great example of a company seemingly rushing to implement technology that they believe would give them better insight into their staff and improve productivity. To believe that employees were going to accept such surveillance technology, especially with the pop-up warnings that appear if you are away from your desk for too long, was naive to say the least,” says Bryce Davies, UK general manager at Workforce.com.

“It appears to have taken staff by surprise, which meant there was no period of employee consultation or engagement, to talk through the reasons why Barclays thought this was a good idea and to listen to feedback. Had they done so, they would have quickly realised the extent of their employees’ disquiet about such a solution being introduced and could have come up with an alternative which better suited both parties.”

The problem of organisations failing to communicate with employees is not new. In the early-2000s, Coca-Cola placed GPS trackers inside vehicles that held cash and stock during working hours. However, those same vehicles could be used by members of staff freely after hours, ostensibly enabling employee tracking, says Jonathan Philips, former head of digital communication at Coca-Cola. 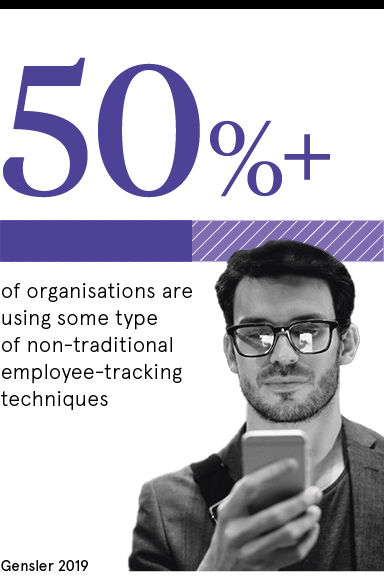 Philips, now head of consulting at workplace consultancy Simply Communicate, says: “Launching this kind of tracking technology without clear well-communicated mutual benefit for both business and employee always struggles to get adoption or, worse, may be inadvertently or deliberately sabotaged by employees.”

Complete transparency from employers is crucial to getting employees on-side while also protecting themselves from potential legal or reputational damage. “If this kind of high-level surveillance is to be rolled out, companies should be making it clear within contracts that this is a possibility, stopping employees claiming it was an ‘invasion of privacy’ they knew nothing about,” says Phil Hails-Smith, corporate and commercial partner at law firm Joelson.

“Ultimately, it comes down to the need for employers to be honest with their staff and weigh up what benefits surveillance technology is really bringing.”

Selling the benefits of workplace technology

Dr Guzman de Yarza Blache, international property firm JLL’s Europe, Middle East and Africa head of workplace strategy, adds: “Fear over workplace technology often stems from a fear of the unknown. If employees can see how technology can improve their lives, they’re more likely to get on board.”

He cites McDonald’s new smart headquarters in Chicago as an example. Meeting rooms can be booked just by walking into them and an integrated mobile app combines wayfinding, work order requests, temperature adjustment and navigation services.

“Employees will become less concerned about tracking if they experience the benefits. Put simply, tracking that allows for footprint optimisation can make the working day much easier. This cuts to the core of the issue: workplace technology is all about the user experience and done well will become a key tool in the battle to attract and retain staff,” he says.

Workplace tech such as employee tracking is always likely to generate controversy. Organisations therefore need to delve deeper into what they hope to achieve and this will help to ensure they aren’t introducing technology for the wrong reasons.

“Technology brought in as a disciplinary device is never going to be welcomed or understood by staff,” says Workforce.com’s Davies. “Introducing technology that reflects modern workday practices, which helps staff find efficiencies and allows them to focus on key areas, would have secured Barclays the insight they have been looking for from this surveillance tech.

“Most importantly though, businesses have to involve employees in the process of technology procurement. Even the best, well-thought-out technology implementation will go wrong unless you have the staff on your side and fully bought in to the decisions behind the solutions.”

Risk & Regulation
CV alert: how fraudsters target jobseekers with fake adverts
Opinion
It’s time to call a truce in the war on remote working
Future of Work
Employee experience and the changing nature of hybrid work
Future of Work
How effective is Shopify’s ‘chaos monkey’ approach to change management?
Opinion
Cracking down on meetings is a recipe for disaster in the WFH era
Future of Work
How to measure productivity in the hybrid era