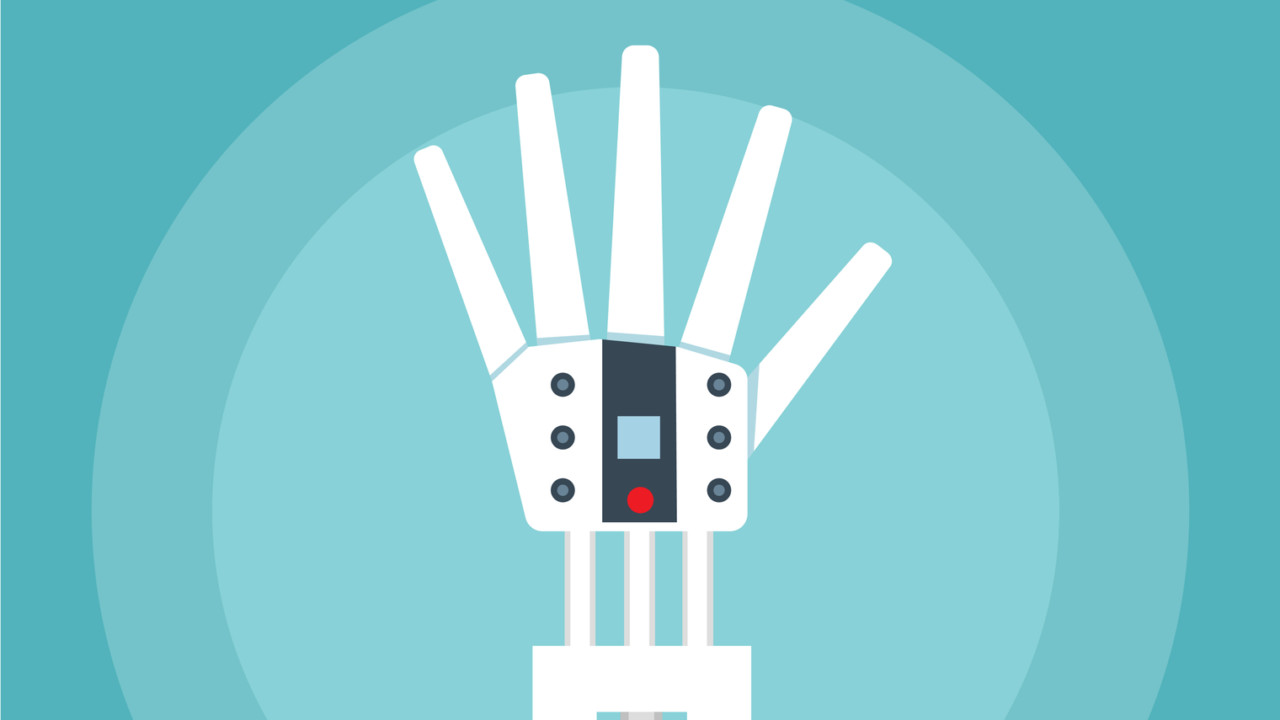 Could a robot do your job?

A question that would have been thought of as ridiculous 25 years ago, has now become an actual worry for many workers across the world.

The AI revolution is well underway and soon it will not only be the simplest tasks done by machines, but professions such as banking, law and medicine also under threat from superior machine intelligence.

1. What worries you most about AI? 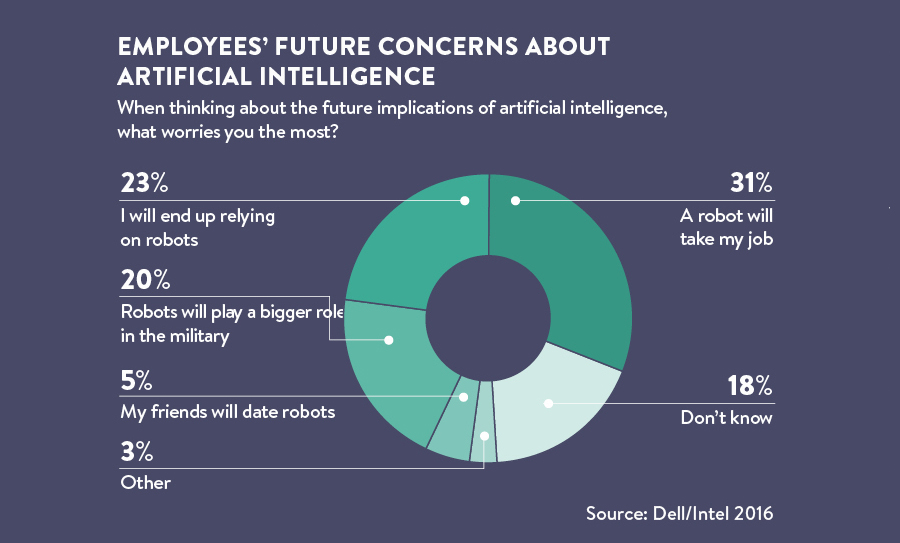 When it comes to the automated workforce, people are mainly worried that robots will take their job (a 31 per cent chunk to be exact). The next big worry about the future implications of AI is humans will end up relying on robots (selected by 23 per cent) which could end in disasters that used to be confined to dystopian sci-fi films – Think The Terminator series.

Additionally, 20 per cent of those surveyed said they were anxious that robots will play a bigger role in the military. Robotics have already become mainstream within the defence sector, with the notable use of army drones in recent years, with the amount only set to rise in the future.

2. Are robots actually being used NOW? 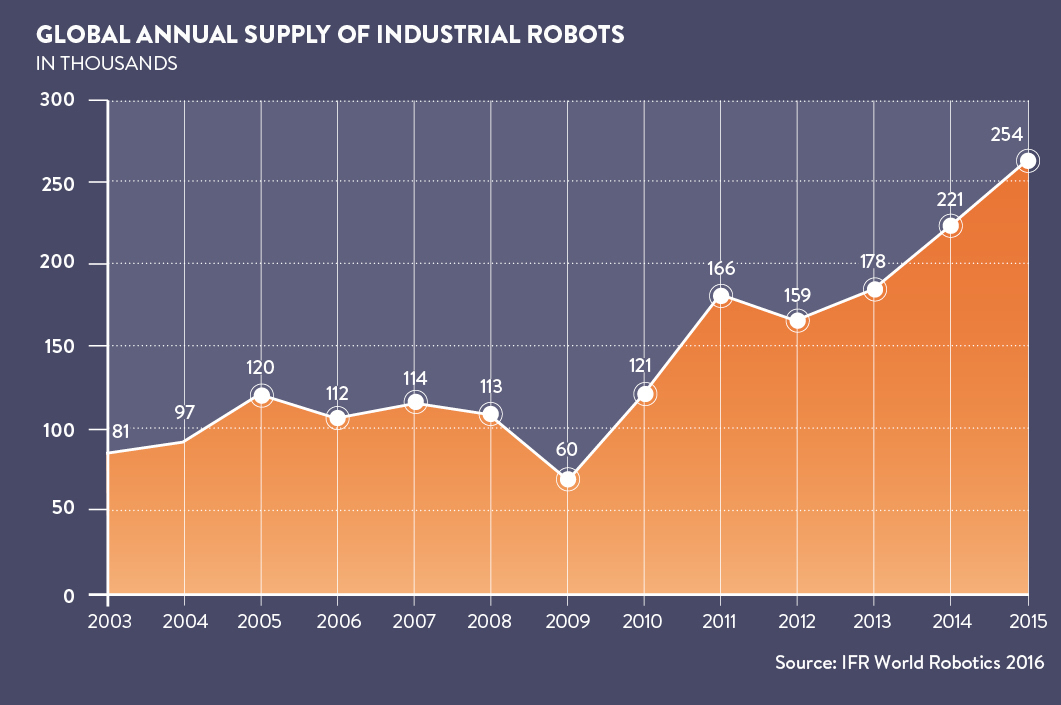 So, should people actually be worried right now? Or are we just being dramatic and really it won’t be decades until AI really has an impact on our daily lives? Well, according to the chart above there has been a rise in the supply of industrial robots since 2009, with a sharp rise in distribution since 2012. The data shows that 254,000 robots were supplied in 2015 and it’s predicted for this figure to continue to rise in the future.

Perhaps we should think again…

3. How will AI impact society? 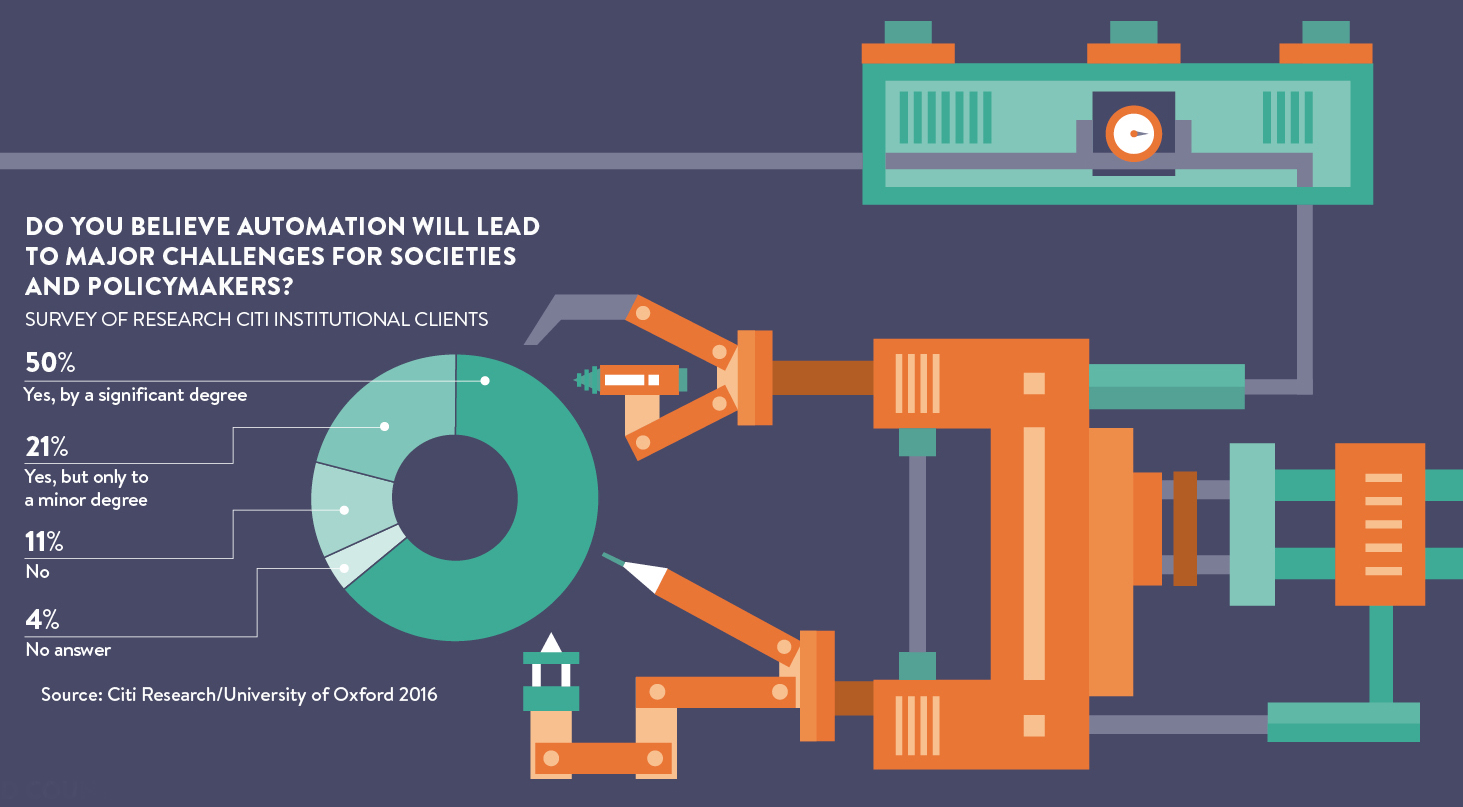 The majority of us (71 per cent)  believe automation will lead to major challenges for society as a whole. Fifty per cent say these challenges will be significant and therefore difficult to overcome – such as the decline of jobs and unemployment. While 21 per cent think the problems will be minor, such as ensuring organisations and communities can adapt to these new technologies. However, it’s clear, the rise of AI within society will bring with it many changes and ultimately bring about a new way of living and working.

The first countries to be affected by robots replacing workers are developing nations, in particularly Asia, Africa and South America. The data above shows Ethiopia is most at risk, with a whopping 85 per cent of jobs at risk of automation. This is followed by China (with 77 per cent of jobs at risk), Thailand (72 per cent) and India (69 per cent). Yet, that’s not to say developed nations are not at risk. Countries, such as those cluttered into the OECD block – which includes the UK – has an average of 57 per cent of jobs that could be lost due to automation, while the USA has a 47 per cent estimate.

5. What are governments doing to deal with the future impact of AI? 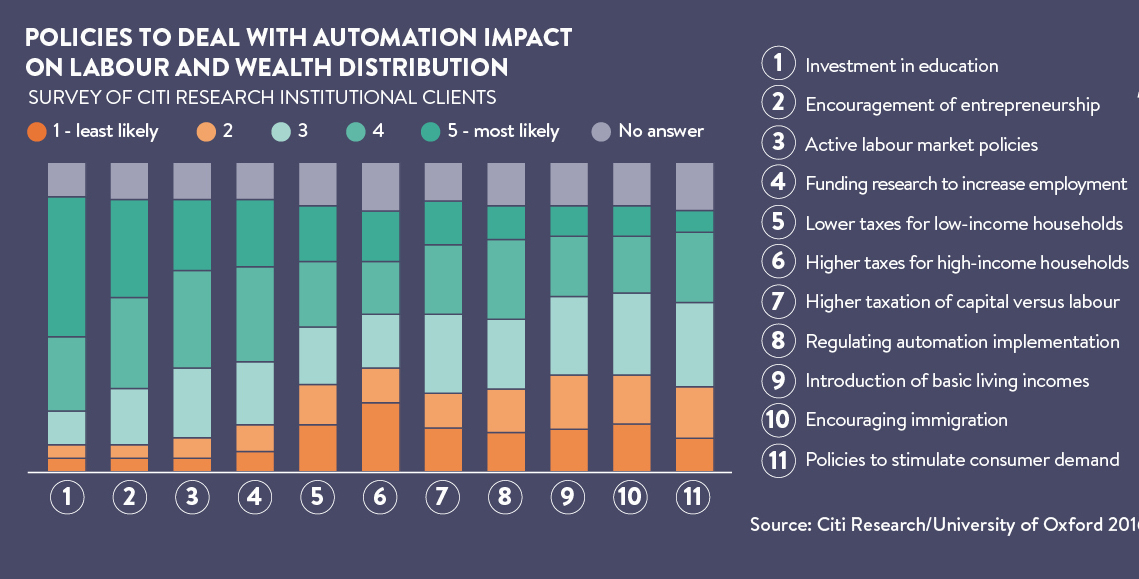 Governments and organisations have begun researching and implementing policies to deal with the impact automation may have on labour and the distribution of wealth. First on the list is a bigger investment in education, this is followed by encouragement of entrepreneurship and active labour market policies.

Lower down the list (at number nine) is something that has been in the headlines recently – the introduction of basic living income. The policy aims to be a solution for wealth inequality and the rise of automation. The Scottish government has recently said the concept is of “interest” and the UK Labour Party is investigating the policy. However, the majority critics have described it as “unworkable” and ultimately “useless”.

Time will only really tell the true impact of automation and the affect it will have on our lives and work.