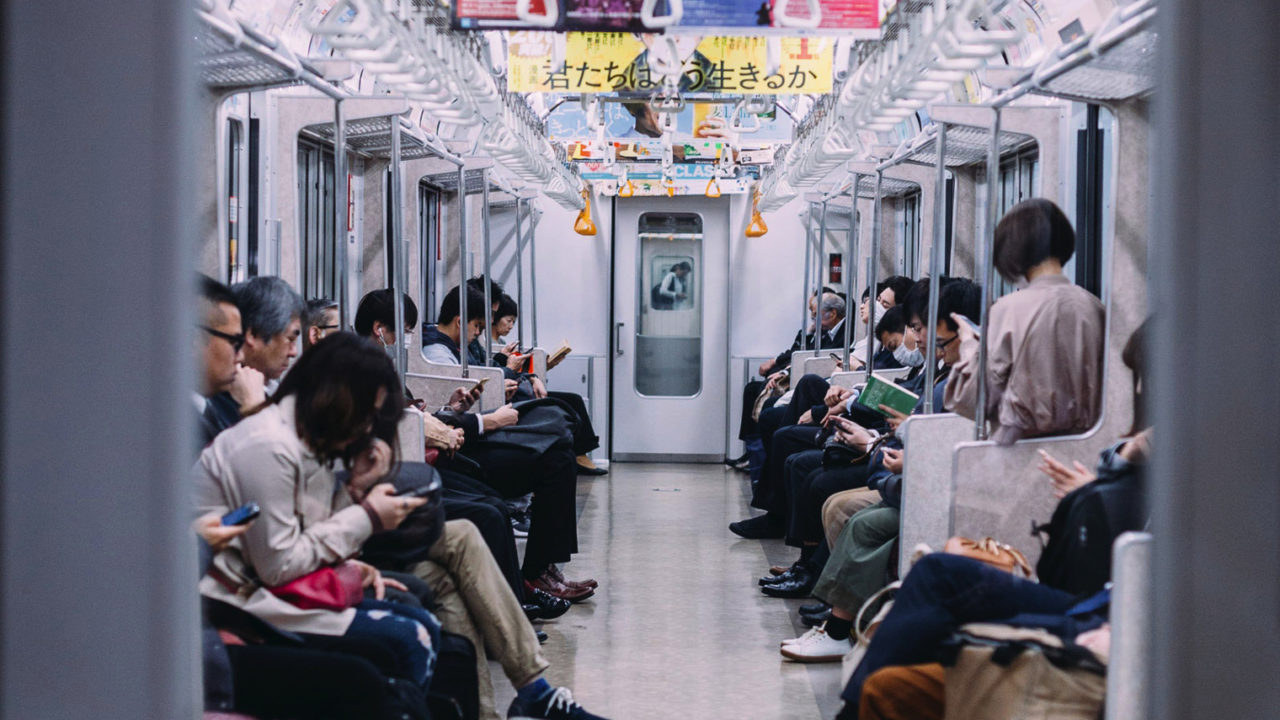 Our cities matter, they’re huge engines of economic power. If Tokyo were a nation it would rank as the 15th largest economy in the world. London’s on a par with the Netherlands, while New York is muscling in on Spain and Canada in terms of size. Cities, having powered the global economy for decades, are now facing a fresh challenge: demographics.

Slowing global population growth, falling fertility rates and ageing, as well as diminishing migration from the countryside, mean cities around the globe will struggle to post the kind of growth figures we’ve seen in the last half century. It’s a stark reality.

“We’ve all grown up with the idea that cities will grow. Yet a third of them could have fewer people in the future,” explains Jaana Remes, partner at the McKinsey Global Institute (MGI). “Looking forwards, there will be intense competition among cities to attract people.”

The most worrying figure is the drop in young adults, the workhorses of any urban economy. By 2025, more than 60 per cent of large cities in developed countries and 47 per cent in developing ones will have fewer people than today, according to the MGI.

“We’re also seeing different challenges in different parts of the world. Building new urban fabric in emerging economies is fine, but we might have too much of it in developed ones.”

By 2030, we’re likely to have forty-three megacities with more than ten million inhabitants and most will be in emerging economies, according to the United Nations. By this time, India’s Delhi will be the world’s most populous city. Fast forward to 2050, globally, 68 per cent of us will live in urban areas, up from just over half today. Yet the picture is nuanced.

“On this basis we mustn’t overdo the message on urban decline. There will be an evolution in where growth happens. Popular cities such as London or New York, for instance, still have the potential to suck up labour, capital, talent and investment,” says Alexander Jan, chief economist at Arup.

“In the future, urban centres that have great infrastructure will be more able to cope with change. Certainly, cities will need to be able to take control of their own destiny, if they’re to thrive.” 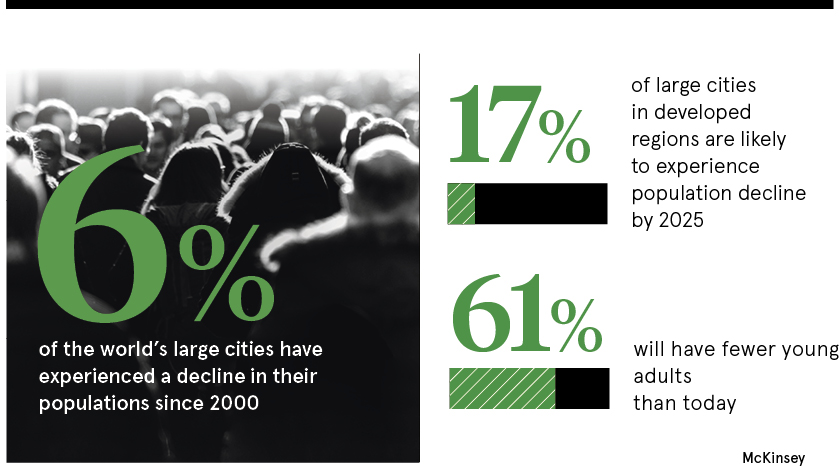 The fact is, like people, cities are extremely complex organisms; dozens of complicated processes are going on simultaneously. Understanding the interplay between housing, workforce, transport networks and technology is an issue. “Whether you want to understand Beijing or Rio, drill down and you find global processes at work,” says Terry Clark, professor of sociology at the University of Chicago.

Cities will need to be resilient, agile, innovative and attractive if they’re to thrive in the 21st century. But no two cities are the same. “Many urban centres are woefully underprepared for the demographic shifts underway. Cities that fail to adapt risk losing residents, jobs and culture hotspots, all of which make cities amazing places to live,” says Steven Charlton, managing director of Perkins+Will, an architecture and design firm

The old and the very young are cohorts that some cities are now focused on. “American cities are becoming more unfriendly to families and are increasingly dominated by wealthy, childless residents,” says Professor Clark. Think San Francisco and Manhattan.

Also take London, older people are the fastest-growing demographic, with the number of over-60s projected to reach two million and 20 per cent of the population by 2035. “Models like inter-generational living are starting to show on the radar now,” says Amanda Robinson, head of knowledge at Future of London.

“Talented older workers are leaving, while young people may leave unaffordable cities, taking skills with them. Brain drain is already happening as people in their 20s and 30s relocate to other parts of the country with affordable living costs or more family-friendly lifestyles.”

The environment is also increasingly on the agenda, yet cities could provide answers since dense, urban living is more resource efficient. “If we’re serious about fighting climate change, a lot more people are going to have to live in urban centres with walkable, bikeable neighbourhoods, good public transport, as well as live in apartments, instead of McMansions,” says Professor Richard Florida, co-founder of CityLab at the University of Toronto. “A lot of cities remain addicted to cars, sprawl and conservative politics.”

Since there’s no silver bullet for tackling these issues, maybe the best thing for central governments to do is give more control to city authorities so they can decide their own fate. Fiscal devolution, where local governments have more autonomy over taxes and what they’re spent on, is one answer.

Our cities will certainly need careful curation if they’re to thrive, whether it’s providing affordable housing for the young or attracting an older, richer cohort with age-friendly facilities and work.

“Every city will need to do more with less and be mindful of their demographic prospects. One city’s loss could certainly be another’s gain,” says MGI’s Dr Remes. “It’s all about trying to create a cool centre whether it’s Austin, Texas or Singapore.”

We also know that technology is likely to disrupt the demographic profile of our future cities; we just don’t know how yet. “We need to make sure that any decline in productivity due to age or shift in demographics is compensated by a larger increase brought about by technology, but it’s not an easy task,” says Professor Ratti at MIT.

In fact, none of it’s easy. Otherwise we would have all moved there by now, to that ideal city.