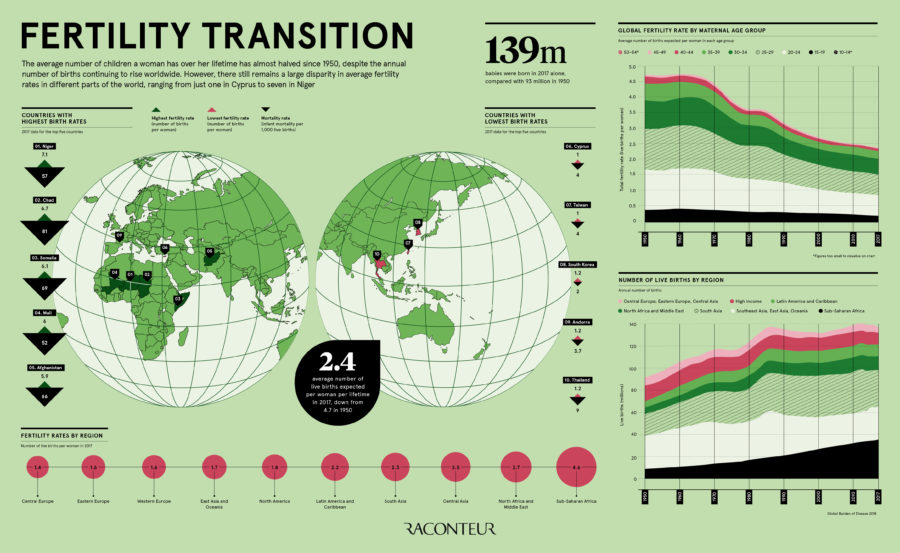 The average number of children a woman has over her lifetime has almost halved since 1950, despite the annual number of births continuing to rise worldwide. However, there still remains a large disparity in average fertility rates in different parts of the world, ranging from just one in Cyprus to seven in Niger