Unified communications in the cloud

The use of technology to facilitate the flow of information and ideas between employees, stakeholders and customers has long been a necessity for companies.

But for too long this has meant relying on the use of fixed line telephones and clunky e-mail systems, which haven’t given companies the freedom to be mobile or integrate communications with other business applications. For example, if someone e-mails a document for you to look at, traditionally you would download the attachment, make amendments, write notes in a separate document or system and then e-mail it all back. Hardly very efficient.

However, operating in these silos is quickly becoming a thing of the past, thanks to the growth of cloud-based platforms, which allow businesses to collaborate across a number of integrated channels that are delivered as a service via a web browser or mobile application in real time.

Companies are now gaining a competitive advantage by using instant messaging tools to deliver and receive quick updates, by creating social media platforms to bring their employees and partners together in a dynamic online community and by making video calls to cut down on travel costs.

Adopting this approach means no longer limiting yourself to rigid systems that have to be used on-site. Businesses can now collaborate in the cloud across new channels that are accessible from a mobile, tablet or desktop, wherever they are.

For example, Pizza Hut is using Microsoft’s Yammer platform as a social media and communities tool to engage with the company’s front-line staff in restaurants across the country. Head of communications Gareth Hopley explains that the cloud platform has allowed Pizza Hut to engage with its employee base in a way that it hasn’t been able to do previously because 90 per cent of its staff aren’t connected to the corporate network and are spread across the UK.

Pizza Hut can now communicate and collaborate with its staff, all day, every day, using Yammer, which can be downloaded and accessed on any employee’s mobile phone.

“The communications challenge we had wasn’t unique – how do you speak to the people that serve your guests on a daily basis? How do you engage that workforce to the point where they understand the priorities and goals of what you’re trying to do as a business?” says Mr Hopley. 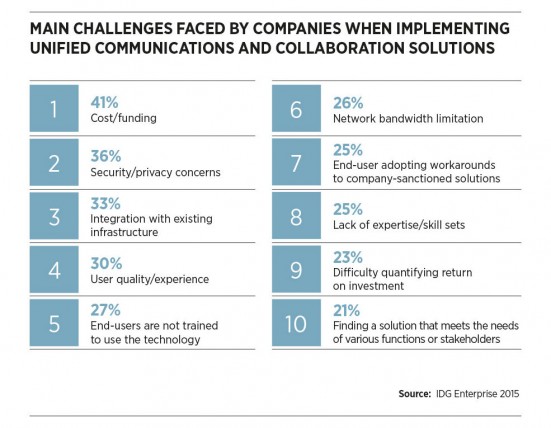 “We want to be a front-to-back, instead of a top-down, business. The most important people in this business are the ones that work in the restaurant – they’re the face of the brand. These people never had a voice, but they are now making suggestions and trying to improve things operationally.

“They’re giving us feedback on what customers are experiencing live in the restaurants. In board meetings our members actually pose questions on Yammer and ask for feedback that we can act on directly. The ability to access it without much effort is fantastic.”

M&C Saatchi, the largest independent creative agency in the world, is also using the cloud to improve collaboration in its business. However, unlike Pizza Hut, its challenge has been around communicating with clients on creative projects in real time, when those clients could be based anywhere in the world. Alistair Roberts, head of IT at the agency, explains that M&C Saatchi has begun using Egnyte to address this.

Egnyte works by replicating on-premise file servers into the cloud, which can then also be replicated any number of times to any number of locations. This means that for M&C Saatchi it can replicate images of large art works to the cloud, and let clients access and collaborate on them via their web browsers, without having to attempt to send them as large attachments in e-mail, which slows down the process.

“The problem with using on-premise collaboration tools is that you have to get people in and out of your premises. And if you’re a global organisation like we are and you’re dealing with people on the other side of the planet, then you’ve got physical limitations in the form of data-transfer rates. And to be honest, on-premise systems are not really designed to do that. They’re designed to lock things down and make it difficult to get in and out,” says Mr Roberts.

The nature of the cloud, whereby you can scale up and down easily and just pay for what you use, also means that you don’t have to make huge up-front investments to shift your organisation towards a more integrated approach to communications. Richard Atkinson, chief information officer for the world’s largest fundraising platform JustGiving, advises companies simply to try out cloud for collaboration where they can instead of focusing too much on creating a cumbersome strategy.

JustGiving is using Salesforce to collaborate with charities in the cloud, allowing it to on-board new partners and to manage those relationships on a global basis.

“People feel the burden of having to create a strategy; it creates the connotation that the strategy you set now has to be valid for the next five years. And people start to think about how we as IT professionals used to buy systems, when we did buy them on five-year deals and we felt that lock-in. I’d advise companies to just try some stuff. 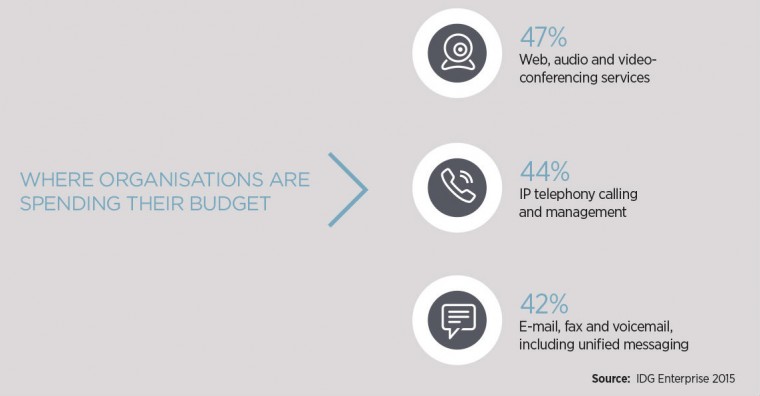 “The wonderful thing about the cloud is that the entry level is very cheap; don’t think you’re making a decision you’re going to have to live with for five years. It’s a more agile way of thinking.”

However, shifting from using telephone calls and e-mail to do business, to an always-on, unified communications platform distributed across a number of real-time channels can create some cultural challenges and cause some resistance among employees.

Mike Wilkinson, vice president of product marketing at Broadsoft, a global provider of unified communications and collaboration services, advises that his most successful customers are the ones who identify a champion to promote the benefits of cloud across their business.

“Make sure you have a champion who is responsible for the propagation of the cloud service within the organisation – that’s one of the most critical aspects. If there’s nobody who’s the owner of the service, you run into more issues,” says Mr Wilkinson.

“Make sure there is a process of user-training and user-understanding. The best way of achieving success is ensuring you have a champion within the organisation who is working with the cloud provider to push it through the company. What we do with a lot of our customers is produce a very large range of tutorials that help them use all the various systems, which really increases adoption.”