No one doubts the public’s appetite for apps. In June Apple announced that downloads from its App Store had reached 100 billion. Google’s Play Store for Android is set to achieve a similar figure later this year.

But while consumers almost instinctively grasped the appeal of apps right from the launch of the iPhone in 2008, enterprise took a little longer to warm to them. Now, however, with more organisations realising the power of apps to streamline internal processes, drive cost-savings and propel businesses forward, we’re on the brink of an enterprise app revolution.

The spark that began the process was consumerisation. As Matt Hunt, chief executive of Manchester-based developer Apadmi Enterprise, puts it: “People started to think, ‘We’ve got this great computing platform in our hands. We use it in our consumer life, why can’t we use it in our business?’”

Apps can not only connect a company’s employees but its assets too, enabling businesses to do things that previously were not possible

Mobile apps help to keep the workforce connected, increasing employee engagement. Beginning with basic tools, such as mobile e-mail, messaging and calendars, many businesses are now realising the ability of apps to mobilise their business-critical data in new and exciting ways. 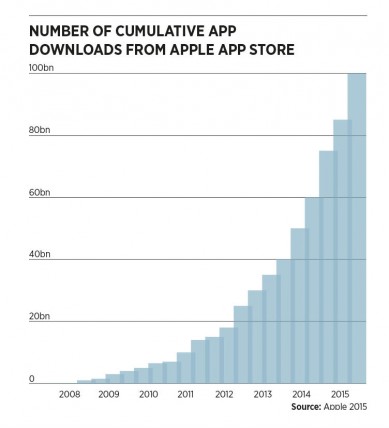 By connecting together previously isolated functions within businesses, apps can create new opportunities and revenue streams. Alongside technologies such as the internet of things, apps can not only connect a company’s employees but its assets too, enabling businesses to do things that previously were not possible.

“We’re engaged in a very diverse eco-system,” explains Juan Pablo Luchetti, consultancy director at Bristol-based app developer Mubaloo. “There are three different types of application: built-in applications for a particular operating system, for example, a calendar; then there are off-the-shelf solutions you can download from an app store; and bespoke applications.

“In practice, a good strategy combines all three. One of the key challenges is to understand where off-the-shelf fits, where custom comes in and how to use as much as you can from those built-in solutions.”

The key to a successful enterprise app strategy, he says, is to identify clear objectives, whether that’s to streamline the existing processes within a business or innovate and drive opportunities.

The rewards for getting it right are substantial. A custom app developed with Mubaloo helped student accommodation provider Unite boost the productivity of its service engineers by 30 per cent. The app replaced a paper-based process for managing maintenance tasks and reduced the time it took the company to invoice for work from more than 45 days to fewer than 15.

Unlike a paper system, the app also gathered data on how and where work was carried out. This helped to predict when common tasks – changing a light bulb, for instance – would need to be carried out and enabled these to be devolved to staff, such as receptionists, already in the building, avoiding the cost of an on-site engineer visit.

The role of enterprise apps differs markedly from sector to sector. In transport, mobile applications enable operators to improve customer service and avoid regulatory penalties as a result of delays. In other sectors the emphasis is on collaboration, with all members of a team having access to the right information at the right time.

Family-run business SD Sealants replaced the cumbersome paper-based system used by its field salesforce with an app. The resulting streamlining of the company’s processes helped boost its turnover year on year by 25 per cent. 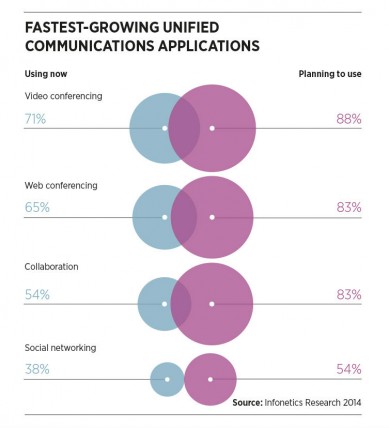 Although bespoke apps have been seen as the preserve of large enterprises, the trend is trickling down to smaller business. According to Apadmi’s Mr Hunt, size isn’t an accurate predictor of the maturity of a business’s approach.

“It’s not that the big companies are doing it well and the smaller companies aren’t,” he says. “The times we see success stories are when decision-makers understand technology, are good at finding the right suppliers and are willing to listen to those suppliers rather than simply directing. It’s not always about big budgets, it’s about a mindset.”

One pitfall, he says, is trying to achieve too much, too soon. Good development starts with a “minimum viable solution”, often available in as little as a few weeks or months, to which features are added incrementally, often based on feedback generated by users and by the app itself.

The biggest hurdle to overcome, for businesses of all sizes, is integration, in particular ensuring their existing back-end systems are ready for the leap to mobile.

“Organisations may have the ideas and see the opportunities, but they need to start by looking at their legacy systems,” says Mr Hunt. “Mistakes are made when companies go ahead with developing mobile, without having those integration points ready. Before we look at a mobile solution, we’ll always ask what it’s integrating with.”

As the demand for apps grows within business, they’re set to become easier and less costly to develop.

“While many organisations allocate large budgets to one or two consumer-facing apps, they may need many internal apps, but the budgets for those are much smaller,” says Burley Kawasaki, senior vice president of products and strategy at Kony, a leading supplier of app development platform tools. 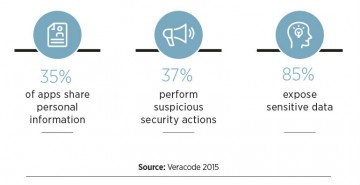 The answer will come from customisable template apps. “Mobile applications will become more of a buy-and-configure eco-system,” he says.

One aspect of this will be a trend towards “micro-apps”. Mr Kawasaki predicts we’ll see a proliferation over the next five years of simple, often single-task, apps.

App management will become simpler too, with more companies set to host their own internal app store using a wide range of off-the-shelf solutions. According to research from analyst Gartner, 25 per cent of enterprises will follow this route by 2017.

Wearables and the wider availability of wi-fi and fast mobile connections such as 4G, could see streaming video and augmented reality brought into the mainstream for business.

For some, such as Mike DeNoma, chief executive of hotel group GLH, the future of apps is connectivity. With wi-fi running at up to 197 megabits a second – more than eight times the UK domestic average – installed in a number of the group’s London hotels, staff now collaborate primarily using off-the-shelf Google Apps on mobile devices. Mr DeNoma hopes to move 100 per cent of the company’s systems into the cloud by the end of 2015.

GLH employed what he calls a “ship alongside” strategy, sidelining the company’s existing infrastructure and rebuilding it from the ground up on a mobile, cloud-based model. Soon wearable cameras could allow hotel staff to report problems on the spot and even offer virtual guided tours to customers. This could become the blueprint for a radical departure in mobile strategy – with apps at its heart.