Outsourcing is expanding across the globe, striving for new heights of efficiency and accountability. Here are six top trends reshaping the industry 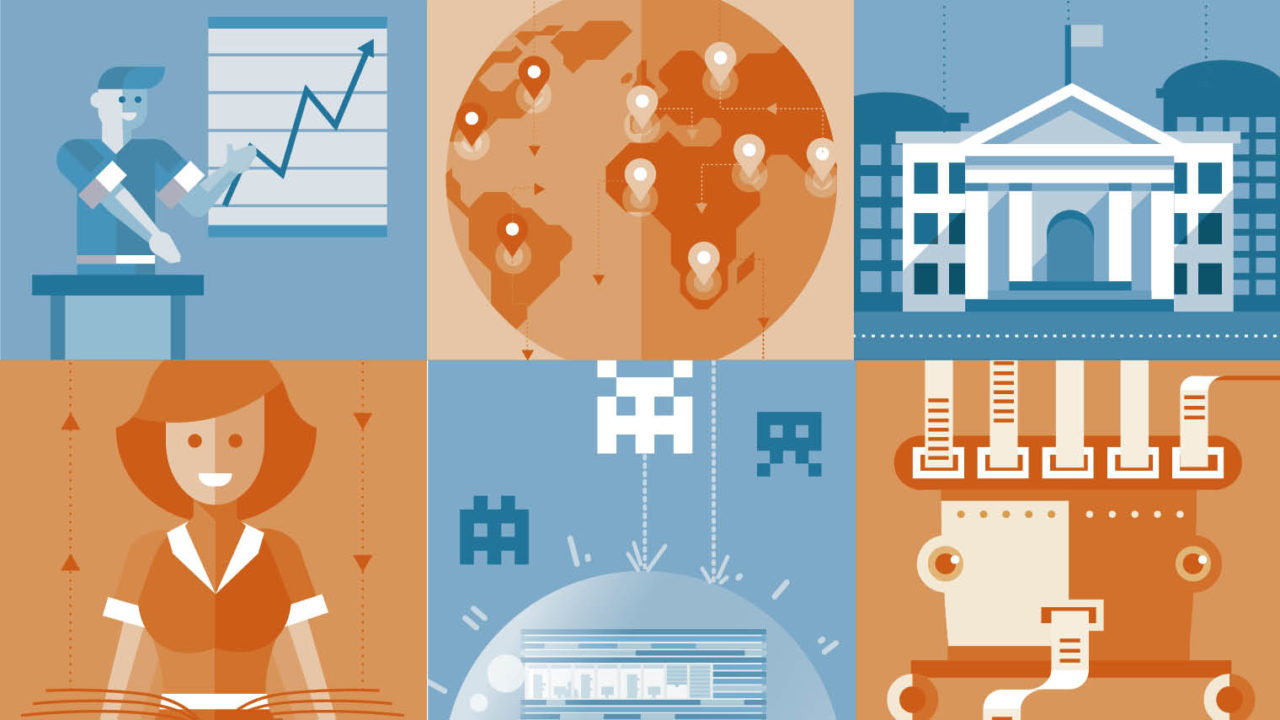 It’s all change for the industry’s most fundamental concept. Business process outsourcing is changing into business process management, as partners stop thinking about their relationship as a buyer-vendor and more as a union of minds. “Gone are the days when outsourcing or the acronym BPO was synonymous with cost-cutting or labour arbitrage,” says Keshav R. Murugesh, group chief executive of outsourcer WNS Global Services and current chairman of the Indian outsourcing association Nasscom BPM Council. “Today, it is about partnering to drive better business outcomes leveraging the domain expertise of the partner, high-end technology and analytics. It is about partnering to ride disruptive business trends, which is a complete change from the humble beginnings of outsourcing for cost efficiencies alone. Thus, the change in terminology as well – it is business process management now: managing processes efficiently and smartly to drive sustainable and profitable business growth.”

The buccaneering spirit of adventure flows through the outsourcing world. New markets and new cities are always being brought into the mainstream. A chat with the top brass quickly turns into a world geography lesson. “We’re definitely seeing new locations being used for outsourcing,” says Aruna Jayanthi, chief executive of business services at Capgemini. “We’ve recently opened a new centre in Russia – not many outsourcing providers have a base there, but we expect it to become a key location in the near future. Guatemala is also coming up strong as a nearshore option for the United States, as both the Spanish and English language skills there are fantastic. Manila, although more of a traditional location, will still hold gravitas as a centre for outsourcing excellence. But we see less of the classic call centre operations as there is a big transformation taking place in that space, and they are increasingly becoming omnichannel with interactions happening via e-mail, messaging and social platforms.”

Austerity continues to drive the search for lower costs and higher efficiencies across government. For local government that means more outsourcing. Paul Tombs, head of public services at Zurich Municipal, observes: “Recent years have seen a clear trend in local government towards outsourcing. Even though public-sector spending has decreased, the value of outsourced contracts signed by councils has sky-rocketed. In just the first six months of 2016, their value increased by 84 per cent.” His source for those numbers is the arvato Outsourcing Index. “We also know from our own research, the Zurich Municipal New World of Risk report, that local authorities spend around 25 per cent of their annual expenditure – a total of around £45 billion – on procuring goods and services from third parties. Some larger councils are outsourcing up to 60 per cent of their services,” he says.

The days of 20-year government deals are over. These days the trend is for three to five-year contracts, with plenty of get-out clauses. One of the keys to this shift is the prominence of the Crown Commercial Service, introduced in 2010 by Francis Maude at the Cabinet Office and chief procurement officer Bill Crothers. The Crown Commercial Service was set up to train civil servants to negotiate contracts as ferociously as any private-sector body. “We are moving away from… the days when a major service integrator could charge us £30,000 to change a logo on a webpage,” declared Mr Maude. No IT contract was to exceed £100 million without good reason. When government departments think about outsourcing deals, the Crown Commercial Service is on hand to offer support. Chief executive of Serco’s UK central government division Kevin Craven notes a definite change: “They have gone even more into the need to be intelligent clients, writing intelligent contracts. They’ve got a standard of supplier and behaviour they want to see. They are being quite tough at enforcing that – much tougher clients.” The next trend is to push for more public contracts to be open-book.

Hackers and malware aren’t going away. In fact, the threat from cyber attacks is multiplying. In 2015 the number of spear-phishing campaigns targeted at employees rose 55 per cent, while ransomware rose 35 per cent, according to Symantec. The security institute AV-Test recorded more than 390,000 new malicious programs each day. As a result companies are struggling to cope. “With many companies unable to fill key cyber-security roles, we will see an increase in businesses outsourcing security,” says Raj Samani, chief technology officer for Europe, the Middle East and Africa at Intel Security. “Our Hacking the Skills Shortage report highlights how organisations plan to address the international shortage of cyber-security skills. Certain skills are in high demand. Our research found that the most desirable skills are intrusion detection, secure software development and attack mitigation.”

A common boast of outsourcing is that tasks are more than delegated; they are streamlined, automated and re-engineered. Today the industry is focusing on that step-change mentality more than ever. For example, robotic process automation experts Genfour were asked to help utility company Co-operative Energy cope with mundane tasks such as change of occupier notifications. Genfour did more than assume the role. It developed an automatic processing system in seven days, which mapped on to the Co-operative Energy’s existing systems. Hayley Gibson, industrial queries team manager at Co-operative Energy, says the system slotted into the team, processing five times the amount of work a week. “Quite a few of the team were getting to the point where they couldn’t go on much longer working these hours, so I think it actually saved our team,” she says. Stories like this will keep the outsourcing industry growing, no matter the economic weather.