Chancellor George Osborne’s spending squeeze opens the door to wider use of digital technologies across the public sector, but hurdles to success remain

In a couple of weeks’ time on November 25, George Osborne will stand up in the House of Commons to announce the results of the latest spending review.

The Chancellor’s ambition to find an extra £20 billion of savings in public spending will set the scene for the public sector over the next five years. It will determine the direction of Whitehall departments, as well as cash-strapped local authorities and police forces that are stepping up plans to merge neighbouring ICT departments.

In the last year, according to the Cabinet Office, adopting digital and technology transformation helped save £1.7 billion

An analysis of ICT opportunities by public sector consultants Kable predicts the public sector will see around £17.8 billion spent on ICT in 2015-16. This will be marked by policies that include the breaking down of large, single, outsourced arrangements, encouraging smaller firms to bid for public sector business and notably the transformation of key transactional systems from people intensive to digitally served delivery. 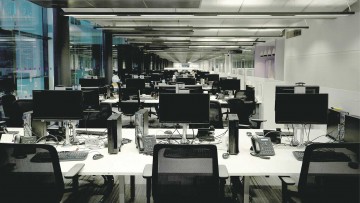 In the last year, according to the Cabinet Office, adopting digital and technology transformation helped save £1.7 billion, with more than £600 million being contributed by the Government Digital Service (GDS), whose goal is to make public services “digital by default”.

However, while there is undoubtedly an opportunity to seize the moment in delivering digital services, the National Audit Office will still want to see value for money achieved.

“Under the Coalition, GDS ushered in radical change to IT strategy,” says Jessica Figueras, chief analyst at Kable. “Most notably, GDS succeeded in establishing strong central control over departments, setting and enforcing standards for how they should buy and build technology, as well as starting to build shared components such as GOV.UK Verify.

“But with such diversity of purpose between the hundreds of organisations making up central government, it’s not always easy to find the one size that fits all. The GDS initiatives tending to succeed, such as the Digital Marketplace, provide departments and suppliers with a tangible benefit in faster procurement, increased competition and more opportunities. GDS has also helped departments to recruit new digital talent, and provided much-needed training and coaching.

“But in other areas, such as the spend controls and mandated approaches to outsourcing and digital projects, GDS has offered more stick than carrot, which has sometimes antagonised or confused stakeholders. GDS itself has been on a voyage of discovery, and it’s probably fair to say that government is becoming more pragmatic in what it can and can’t achieve with digital transformation.”

GDS’s digital influence has certainly pervaded Whitehall, notably with the Department for Work and Pensions and HM Revenue & Customs (HMRC) building up their digital expertise.

The delivery of smarter and more convenient online services in areas such as healthcare, local government and tax needs to be a priority

For its part, HMRC must achieve an untroubled exit from its £10-billion outsourced Aspire IT contract by June 2017, which will see a prime supplier contract replaced by deals of shorter duration and lower value, including with small and medium enterprises (SMEs). The government has pledged that by 2020, for every £3 it spends, £1 will be spent with SMEs.

Keeping up to date

According to a recent Future of Digital Government report by EMC, an average 33 days a year are lost to working with outdated government services, with 65 per cent of consumers believing government digital services lag behind the private sector.

James Norman, EMC’s public sector chief information officer, says: “In a world where the likes of Uber and Airbnb are completely redefining standards of customer service, responsiveness and convenience, government needs to think of technology as not simply a disruptive influence or delivery channel, but instead as absolutely fundamental to its work.

“The delivery of smarter and more convenient online services in areas such as healthcare, local government and tax needs to be a priority.”

Digital transformation is also a priority in local government where arguably austerity has hit hardest.

“The next wave of local government transformation must be radical to achieve, in some cases, budget reductions in the region of 40 per cent,” says Camden Council chief information officer John Jackson.

“It means integrating services across the sector to share overheads, streamline multi-agency working and drive innovation as we are in Camden through our new shared digital service. It means mashing up information from multiple sources to drive new insights into solving complex problems relating to health and society, where data from one government agency is simply not enough to enable earlier intervention and help at lower cost to those who need it most.”

In healthcare, the Department of Health and NHS England are working on standards, guidance and prototypes to spur the development of digital services on NHS.UK.