The pros and cons of virtual working

Over the last few years there has been a turning point – virtual working has become acceptable. Not that it hasn’t been technically possible for a while; it’s just that culture has changed. People understand better and they can see the economics adding up.

The numbers are framed nicely in a recent KPMG report, The Virtual Workplace, by David Knight. Virtual working is happening at the margins of the enterprise only so far, with 26 per cent of human resources (HR) directors and 36 per cent of C-suite executives saying they were using it in 2014. More than 70 per cent of them said it was only going to increase slightly this year.

Barriers are many, says the report, including a loss of management control, loss of employee cohesion and “plain tradition”, which means the virtual model is unlikely to work for everybody.

The biggest saving is not in the overheads, it’s the productivity and utilisation – the optimisation of the resource

Which is a shame as the benefits can be considerable. Steve Mosser is founder of Sensée, which supplies home-working talent to work in virtual contact centres for UK brands, but also works internationally and very much practises what it preaches in terms of using a lot of remote employees. Mr Mosser says: “We’re a virtual outsourcer – we do what a traditional outsourcer would do.” In other words, whereas an outsourcer would send someone to a client’s premises to work in, for example, the client’s IT department, Sensée does the same for call centres without moving any bodies around.

“What we’ve had to do is to virtualise recruitment, training and remote management,” he explains. “The entire employee life cycle is developed remotely.” It seems to work as the company is about to hit around 800 employees in the UK and is supported by an internal team that also works from home – IT, helpdesk, client resource, everybody works from home. There is a very small office with two and a half desk-based people, for HR and some paperwork. 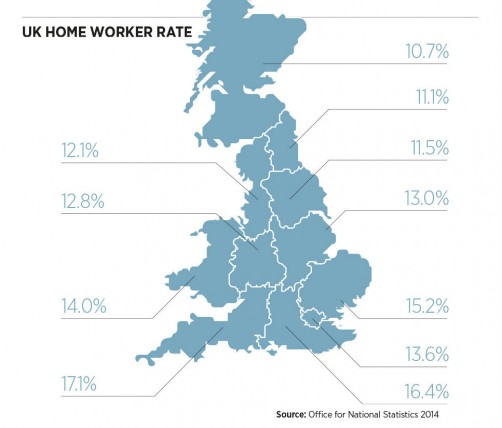 Costs were a powerful determinant in setting the business up to work virtually, but by no means the only one. “The biggest saving is not in the overheads, it’s the productivity and utilisation – the optimisation of the resource,” says Mr Mosser. “I spent years flogging the horse of trying to convince the corporate market that you could manage what you couldn’t see – the real driver for me, though, was a social driver.”

He started the company with a background as an engineer and the belief that the bricks-and-mortar model of business in contact centres was flawed. “In contact centres, you have a very variable workload of customer demand, e-mails, chat sessions, whatever,” he says. “The contact centre space is good at forecasting what that customer demand is going to be; however, by bringing people to work, you commit to a set number of hours such as an eight-hour work-day.” This takes no account of the volatility of the demand, so it has in-built inefficiencies. Add an international element with time differences and the fixed workforce starts to look decidedly old fashioned.

Direct costs and scalability, both upward and downward, are key benefits of the virtual enterprise, enhanced by modern high-definition video-conferencing, collaboration technologies and a phone system that allows calls to be routed to remote locations as if they were on the spot, although there is controversy over whether we use all these tools well enough. None of this means there are no drawbacks.

Andy Bailey, vice president of EF Education First, has done a lot of research in the area and found a number of reservations, but his own business suggests they’re worth working through. First there’s the cultural issue. His company surveyed 800 directors in virtual international set-ups and found that 70 per cent said different languages and cultures caused communication problems. In fact, asynchronous communications – social structures or e-mails, in which people don’t communicate at the same time – can be more effective, unless you have Russian or Chinese people in the negotiation, in which case a face-to-face meeting is very much preferred, he points out.

“It became obvious through our research that virtual teams have all of the same challenges – social, internal politics, interpersonal pressures – which physical teams have, and they can be compounded by certain factors, not least by the technology they rely on to support their virtuality,” says Mr Bailey. E-mail is just about the worst culprit, he says, in compounding negativity. “We just assume everything’s hunky-dory and ticketty-boo, and sometimes it’s just not.”

The snag can be that e-mail doesn’t offer visibility of its sender, but it’s used as a default communication. It can be excellent when sending new ideas and “reaching out”, he says. “It can allow individuals who might not speak English as well as the rest of the team some time to think,” he adds. “And it equalises the voice of each team member, but it can be very bad when there’s some sort of conflict.” This is worst when it’s a negative rather than a creative conflict. 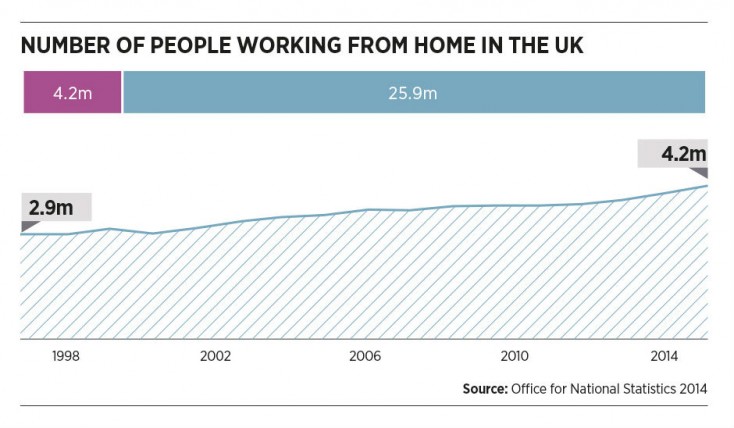 It can be a shame to allow these elements to undermine a virtual enterprise completely, however. Mr Mosser’s view is clear: the internet has introduced change and allowed a model of “bringing work to people rather than bringing people to work, which is a virtuous model where the business wins by stripping the waste out and, from a people perspective, you have loads of talented people completely on tap because they can’t access normal work”.

He refers to people with disabilities, carers, single parents or people who just live in remote areas; the corporate world has been slow to move because of the loss of control and visibility, and maybe a change in security. Technology, including messaging and presence, allows companies to catch up with a lot of these drawbacks.

And it’s increasingly accepted that serious business happens from virtual teams. In the first TV series of The Apprentice, one of the candidates said he was running a company from his bedroom. One of the savage interviewers dismissed this and said he wasn’t running an international company from a spare room – the candidate was insistent; the attitude dismissive. Perhaps the judgment would be a little less severe now.