The chassis and battery are standard, but for season two Formula E has opened up development of the car’s other components to the teams’ engineers 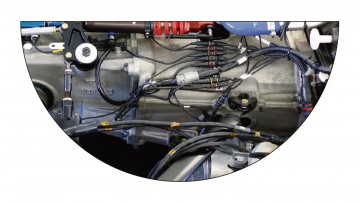 Last season there was a standard motor for all teams, based on the McLaren P1 sports car. This year motor design has been opened up for development. Most teams have opted to maintain a single motor, but DS Virgin and NextEV are the exceptions. Both are running twin motors in which two motors run on a single gear. It’s experimental, but NextEV has confirmed they will stick with a home-brew two-motor recipe next season. 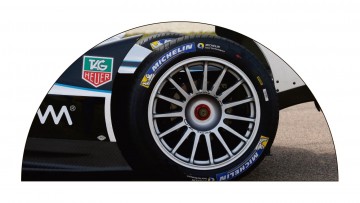 All teams use the standard Michelin Formula E tyres. These are treaded rather than the slicks usually seen on the racing circuit. Estelle Perrier, the development engineer, explains: “To be able to decrease the number of tyres you have to have a polyvalent approach – a tyre able to operate in slick and wet conditions. To be able to operate in wet conditions, even with a small quantity of water, you need to have a groove.” They work well from 5C to 53C. At 18 inches wide, tyres offer low rolling resistance and less deformation, which absorb energy. And they look like ordinary road tyres – good from a marketing point of view. 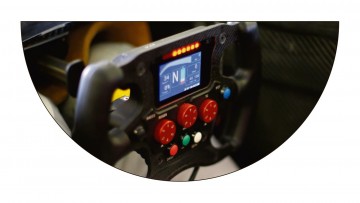 Racing aficionados love unpicking the secrets of the steering wheel. A Formula E driver has oversized buttons to alter brake regeneration and torque, and a map switch to alter performance during the race, according to strategy. There is a radio button to talk to engineers, a speed lane limiter for pit stops, a dash scroller, a button to select neutral and a control marker to help engineers measure performance between points. On the back of steering wheel is a “re-gen” paddle to recover energy without using the brakes. Gear paddle-shifters are left and right. And top right at the back is the FanBoost paddle. Just hope you are popular enough to need it. 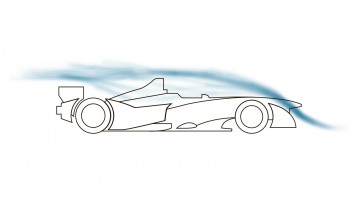 Teams get the same standard Spark-Renault carbon fibre bodywork, with two areas to play with. The front wing can be angled from 15 to 35 degrees and the rear wing can be shifted from 10 to 20 degrees. The greater the wing angle, the more grip; the lower the wing angle, the higher the top speed. The variations
matter. Teams will think through downforce strategies depending on weather conditions, driver style and the track, often experimenting to try and gain the edge. It’s probably the variable least appreciated by new fans. 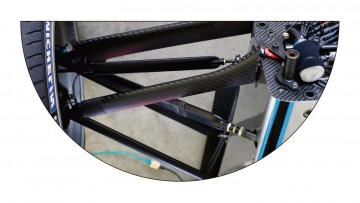 The standard Dallara-designed chassis is monocoque carbon fibre. The crash testing for safety rivals that of Formula 1 for rigour. The front suspension is the same on all the cars, but the teams are free to develop their own rear suspension parts, so long as they are the same on each side. Will the chassis be opened up for development? In March, the FIA said it was looking to put the design out to tender, but may stick with a single design for all teams to keep costs down. 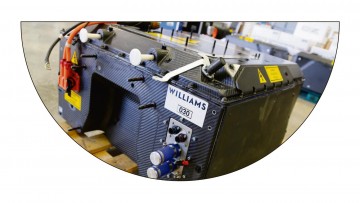 Everyone gets the same battery cell. And that’s the way it’s going to be until at least season five. Williams Advanced Engineering produces the 200kg lithium ion unit, which outputs a maximum of 28kWh of charge. During the race, 170kW powers the car, with an extra 10kW to 30kW unleashed by activating FanBoost to a total of 100kj or 50 horsepower in old money. The future? Mahindra, DS Virgin and Renault confirm they are looking at alternative battery suppliers. 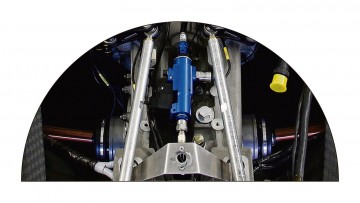 Complicated? You bet. In the first season, all cars ran with the same five-gear Hewland box. This year it’s a jamboree, with teams running one, two, three, four and five gears. Motor renegades DS Virgin and NextEV are on the single fixed gear, Andretti are using all five and the others are on other combinations. Why? Weight plays a part. Stripping out gears lowers weight. Each gearshift costs milliseconds of downtime. Renault e.dams have a starter gear and racing gear. Which is best? Too early to decide. Gear philosophy is quite simply the hottest area of innovation right now.

3D illustration by Graham Murdoch. All photographs by FIA