If there is one thing Kathryn Riley, managing director of legal recruitment firm Douglas Scott, can’t be accused of, it is not trying. Last year flexible working was rated by staff as the top perk they want; the firm introduced a string of attempts to accommodate it.

However, it is not exactly going to plan. She says: “Six months ago we tried two-hour lunch breaks, but for 40-50 per cent of staff, their productivity [calls made, interviews booked, placements made] actually fell,” she recalls. “This was scrapped for our Wednesday Flexibility Day, where people could come in early and finish early, but again people weren’t working to their normal levels. Now we’re trying offering flexibility on Monday’s – typically the least productive day anyway, but four weeks in, it’s neither showing positive nor negative results.”

This is not how it is supposed to be. Last year the Institute for Leadership & Management (ILM) found that 82 per cent of leaders felt flexible working improved productivity, and other studies have produced similar findings. But it is clearly not universal. “It’s overwhelming when you hear about it being the next big driver of productivity,” says Ms Riley, “but I’m cautious.”

Whenever productivity does occasionally slip, flexibility is never the reason

Perhaps it is because the reality is still so different for some that current flexible working rates – consistently 50 per cent according to the same ILM report – have not significantly improved since all staff were able to request it in 2014. Before the UK’s Flexible Working Regulations were introduced that year, only employees with caring responsibilities were eligible. The universal right to ask was hailed as a big step forward, but employers can still refer to a list of eight reasons to say “no”, and many do. Last year, the University of East Anglia revealed, following a Freedom of Information request, that 33 per cent of flexible working requests by women on maternity leave in 2016 were refused. Two of the eight reasons were commonly cited: “detrimental effect on quality” and “inability to reorganise the work among existing staff”. 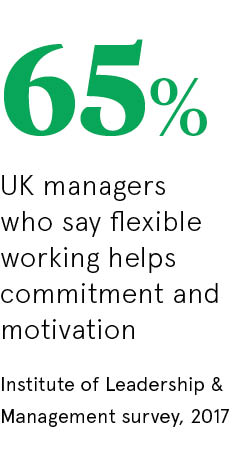 “Part of the problem is that by making flexible working a ‘request’, granting it can be seen by employers as a concession,” argues Stephen Bevan, head of HR research development at the Institute for Employment Studies (IES). Granting a request can be made harder if a company is not convinced of its productivity gains. He adds: “Refusals are one thing, but what we’ll probably never know is how many employees don’t even make a request for fear of rejection.”

So why is there still resistance to flexible working? Anne Cantelo, co-author of The Agile Revolution, believes there is a strong fear that flexi-working actually means “shirking [rather than working] from home”. Chris Barkataki, principal consultant in KPMG’s workforce intelligence unit, adds: “Businesses also fear having to reconfigure their processes (like training), for people who don’t fit the traditional nine-to-five.” They both agree that this urgently needs to change.

“Perhaps the productivity link has been oversold,” says Mr Barkataki. “Far better, perhaps, to talk of ‘improved outcomes’ – things like engagement, happiness at work, better job satisfaction. These are measures that filter through to things like better quality of customer service, which might be a more important measure for some.”

Staff aren’t getting stressed commuting, and they can pick up their kids from school

It is certainly not the case that all firms are wary of flexible working. Greg Jackson, founder and chief executive of challenger energy supplier Octopus Energy, says his 20-strong distributed operations team commit to working at least 15 hours a week. They can do more, and he (and they) couldn’t be happier. “Staff welcome flexibility. It’s when they feel they have to make trade-offs between their work and childcare commitments that productivity falls,” he says. “We’re three times more productive than our rivals – we have a one employee to 3,000 customers ratio. Whenever productivity does occasionally slip, flexibility is never the reason.” 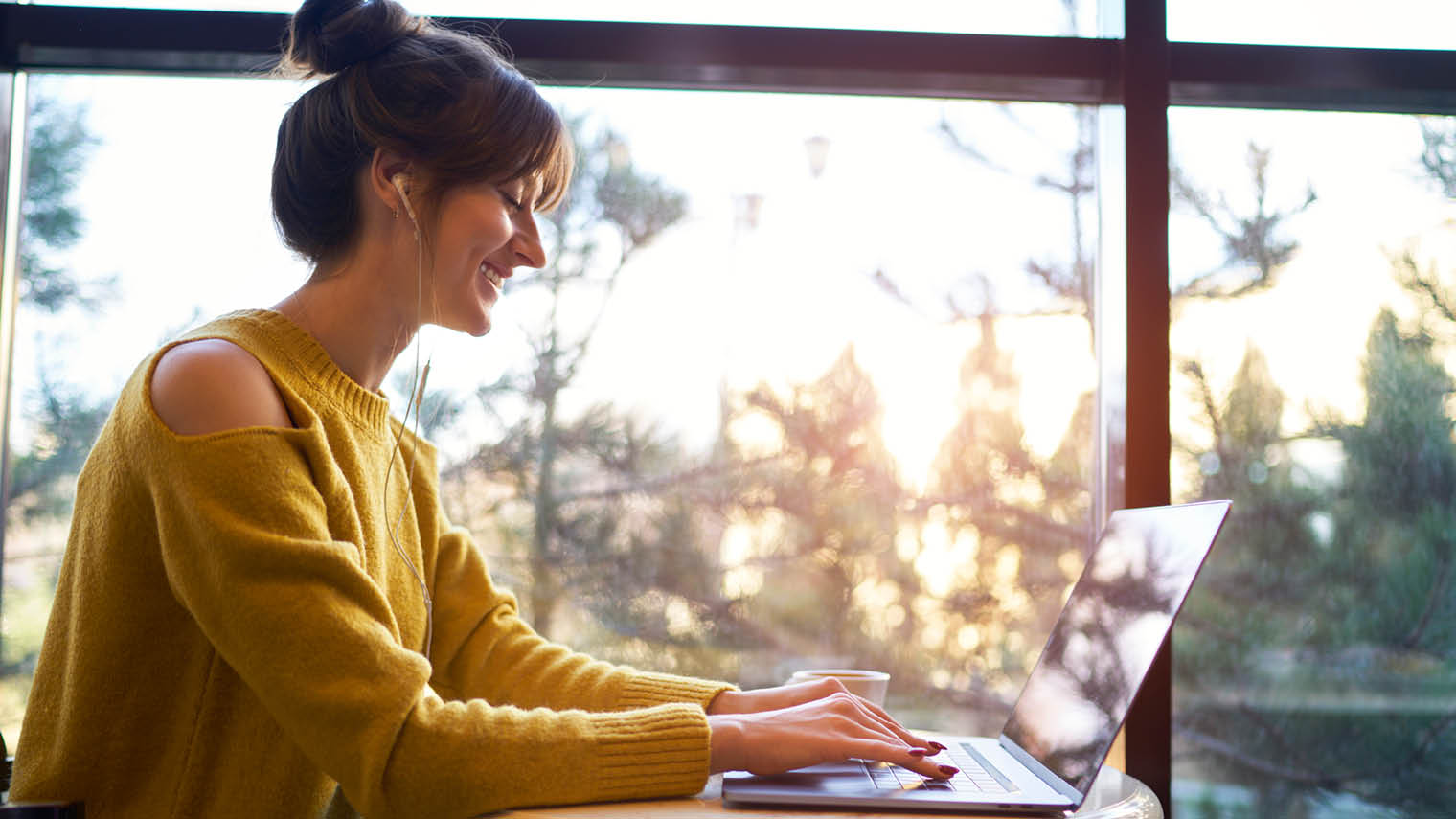 A lack of executives setting the tone is often cited as a factor suppressing flexibility requests. Mr Jackson says he and his other four board members make a point of showing they leave early to collect their kids. The good news is that because growing numbers of employers fear inconsistency in their granting or refusing request, many are starting to offer blanket flexibility to all; and not just because it’s easier administratively, but because it is increasingly seen as the “right” thing to do.

“In 2009 we set up as entirely flexible,” says George Bisnought, founder and managing director of 100-strong law firm Excello Law. “We’re all remote, all with flexible hours in our roles,” he says. He adds: “Staff aren’t getting stressed commuting, and they can pick up their kids from school. They’re much more productive because they’re not getting constantly interrupted. We have people join us specifically because in their current law firm they’re seen as knocking off early if they dare leave before 7.30pm. This can’t be right.”

It’s been in place for the last nine months, and I can honestly say the quality of work we do is better, because people are less stressed

Flexible working will not suit everyone. Some staff need structure. And on its own it will not solve Britain’s productivity problem – leadership, culture and empowering staff are all contributing factors. But the more employers embrace it the more likely it is that the benefits will follow, such as those experienced by global communications agency Hotwire. Its global chief operating officer Alex MacLaverty says all 75 people in its London team work flexibly. Hotwire has recently introduced “thoughtful working”, encouraging staff to declare when and where they think they’ll be more productive – on site, on clients’ sites or at home. “It’s been in place for the last nine months, and I can honestly say the quality of work we do is better, because people are less stressed,” she says.

This is probably the best way to view flexibility: a set of measures to make work easier. “Remember,” says Mr Barkataki at KPMG, “productivity is a secondary benefit employers enjoy for giving staff a sense of control over their work-life balance. But it’s not a bad one.”