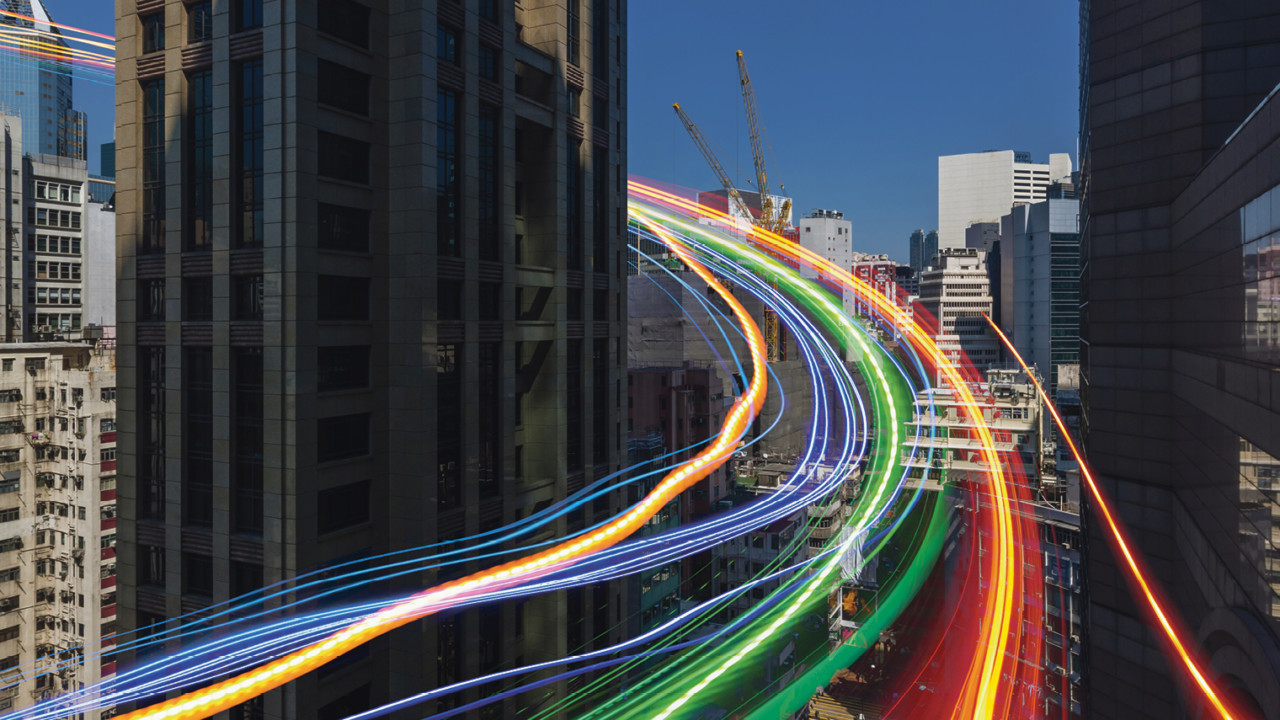 There are now 20 billion devices connected to the internet of things, according to IHS Markit. By 2030, this number will grow to 500 billion, CISCO, whose hardware currently runs 80 per cent of the internet, predicts.

“The network is becoming the fourth utility,” says Chintan Patel, a senior strategist at CISCO. “Now, every business is essentially becoming a technology business, with the network being the platform on which they run.”

If the average company network manager is overseeing a hundred devices today, this could reach into the millions in the future, says Mr Patel.

“As we connect everything, the scale at which networks need to operate is going to fundamentally change,” he adds.

This is especially true if emerging technologies such as self-driving cars, telemedicine, drones, artificial intelligence, augmented reality and virtual reality are to become ubiquitous.

Today the LTE/4G network works well, most of the time. But 5G, expected around 2020, will be transformative for business, say those developing it.

“This is the difference between a real-time image being transferred and transmitted in less than 10 milliseconds compared to up to one minute, or even an hour, in some networks,” she told the Web Summit in November.

The fifth-generation network should enable new uses and capabilities as well as lead to increased productivity.

“By having better and more ubiquitous connectivity, you’re going to get more done on the go; this can benefit UK productivity and in turn the economy,” Mr Patel says.

CISCO piloted 5G with Verizon Communications in the United States earlier this year with the potential to disrupt some industries. For example, the physical supply chain could be in part displaced by 3D printing enabled by 5G. Designs could be exchanged over the network as simply and frequently as exchanging a text message and then 3D printed.

But 5G is only networking in real time. Fast forward ten years and the capabilities of the network might be beyond our current comprehension.

In May, The AT&T Foundry innovation centre in Palo Alto joined the California Institute of Technology to form the Alliance for Quantum Technologies, which aims to bring industry, government and academia together to speed up development of quantum technology for the network.

Quantum networking is the process of linking quantum computers and devices together to create fast and secure networks beyond anything possible today with traditional processors. But what does this mean exactly?

If we are quantumly entangled, I can just think it and we can have a conversation

“It means that if I want to take a mobile call, I don’t need a phone,” says John Donovan, chief executive of AT&T Communications. “If we are quantumly entangled, I can just think it and we can have a conversation.”

Mr Donovan says that when he realised the possibilities of the quantum network, he had an “oh my goodness, this is unbelievable” moment.

When people are quantumly entangled, they essentially will have an open channel that will always be available to send data back and forth at super high speeds “in a way that doesn’t fit the profile of cell towers and cell phones”.

The quantum, however, cannot yet be mixed with the biological, but the alliance is working on it.

“The proof of principle is there, the question is how do we up the game so that we have high fidelity, constant operation, stable operation, particular rates – this has not been done,” says experimental physicist at the California Institute of Technology, Maria Spiropulu, who is leading the research alliance.

Professor Spiropulu says there could be a quantum Facebook or Twitter, where different people will see different parts of the superposition that senders want to show them.

Currently, the alliance is building a prototype network distribution of entanglement which is crucial in quantum physics because it encapsulates the correlations among information and particles that have inherent information. The team are using AT&T’s fibre network in the lab for the prototype.

Creating a safe quantum network is paramount, however. Currently, it would take a billion years or more to guess your way to decoding present encryption, according to Professor Spiropulu. In a quantum world, it would take minutes, if not seconds, to run through all the possible permutations. “When it is that game-changing, it needs to be in the hands of good,” she adds.

This technology will be created in “no less than five, but not more than ten years”, says Professor Spiropulu and will completely disrupt the business models of current network providers.

AT&T’s Mr Donovan concludes: “Everything we think about in our industry will no longer be valid. It is threatening and equally nerve wracking as the infinite possibilities. When we go to 5G, we will be operating at the speed of light, but quantum is the speed of thought and this creates dramatic opportunities.”