News that Pearson, the world’s largest textbook publisher, is phasing out print publications for higher education to adopt a resolutely digital-first policy may signal an eventual full stop for traditional book learning. But the wealth of technology coming on stream heralds an exciting new chapter for the future classroom.

In the view of Mike Buchanan, executive director of HMC, which represents independent school head teachers, digital education will unlock a less rigid approach to classroom-based learning, as well as enable closer collaboration with pupils’ families.

“In a growing number of schools, the use of modern management information and recording systems to harvest details of classroom activities and pupil progress is already allowing parents to access and aggregate their child’s attainment records,” he says.

“In the future, this will no doubt see the traditional termly report being replaced by daily digital updates.”

Mr Buchanan predicts individual academic achievement will be charted by artificial intelligence (AI), rather than by a plethora of exams, and argues that for teachers disenchanted by the current need to “teach to the test”, the freedom to pursue a more rounded curriculum will foster a new optimism.

“Technology has both advantages and disadvantages in education, as it does in every field,” he says. “The exam boards probably won’t like it, but in my view, AI’s potential role in automated assessment and reporting will prove to be a game-changer.”

The future classroom must be student centred

Professor Rose Luckin, co-founder of the Institute for Ethical Artificial Intelligence in Education, launched last year, helps steer developments in educational technology in a firmly ethical direction. She believes that while individual tools such as virtual reality (VR), augmented reality (AR) or MOOCs (massive open online courses) will each play a role in the future classroom, close attention should be paid to the “over-arching intelligence infrastructure” as digital education develops.

“We need to recognise that education for all ages must change to create the skills society will need in the future and this means looking at the possibilities of AI in a more holistic way,” she says.

“Cutting-edge technologies must be constructed from an ethical framework, which empowers both learners and teachers, rather than exploiting them for purely commercial gain.”

Drawing a parallel with the growth in social media, Professor Luckin says: “We have all witnessed the power of the big digital networking platforms to shape users’ behaviour and habits, and there have been negative, as well as positive, impacts from this.

“When we look at the future of classroom AI, we can see that as long as there is an ethical purpose to what we do, individuals and society will benefit from a global education technology infrastructure which deploys a whole range of digital tools.”

But Professor Luckin issues a warning to those who believe the future classroom needs to concentrate on computer coding alone.

“As society’s educational needs continue to change, we may well decide not to engage with some of the breakthrough things that we know AI can deliver. We need advanced thinking around what we want to deliver in terms of lifelong learning for each individual citizen, rather than an obsession with clever algorithms and coding.” 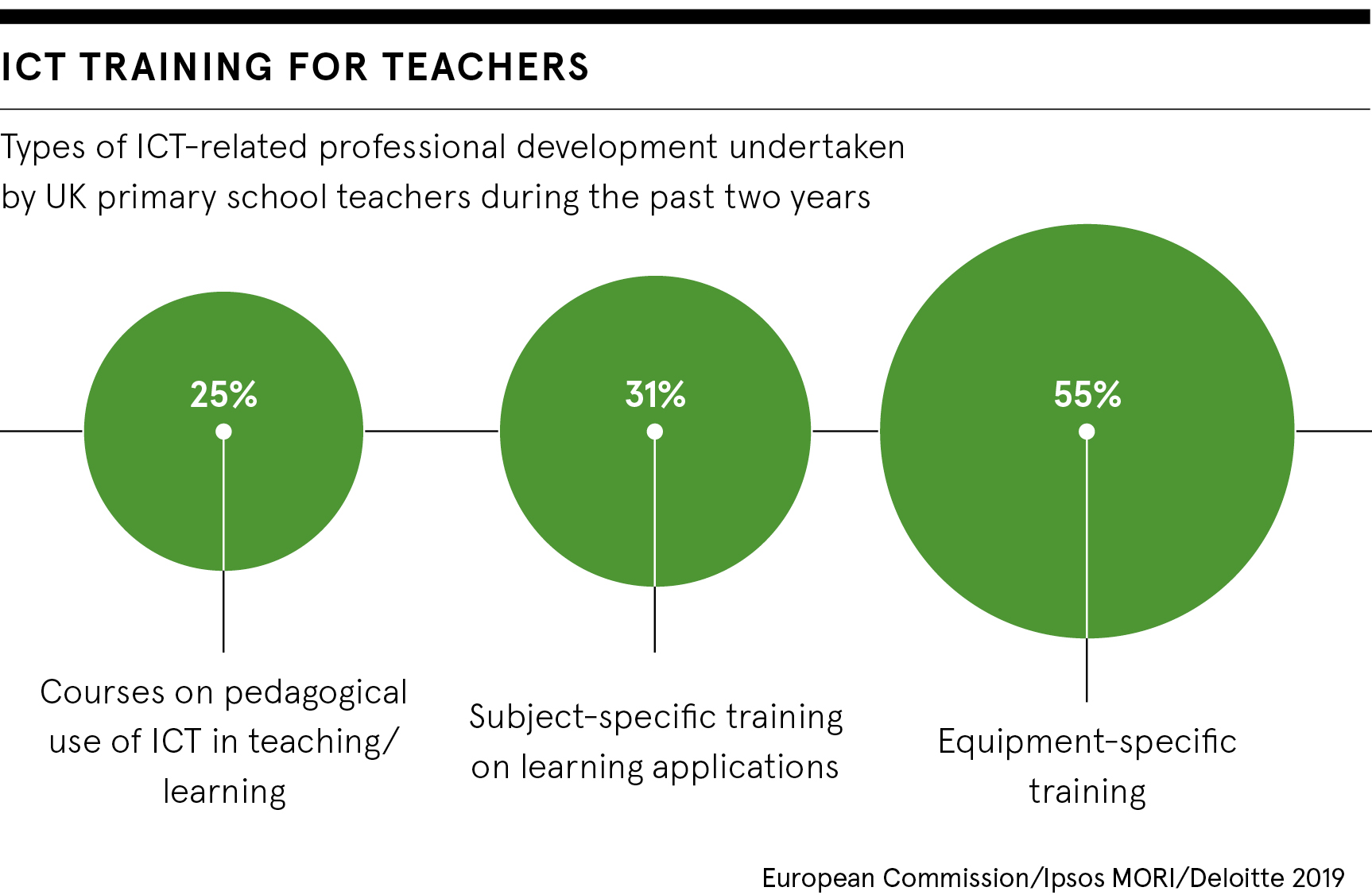 At Caterham School, an independent co-ed in Surrey, where all pupils are equipped with iPads, headmaster Ceri Jones takes the view that for today’s 24/7 learners, there should be no final frontier in the digital world.

Yet, while tools such as VR and AR are routinely used to bring history lessons or language learning to life, and to foster collaboration with other students around the world, Mr Jones has no intention of allowing the tail to wag the dog.

“It’s people who transform education, not technology, and that isn’t about to change,” he says. “All the tech we use here is underpinned by a clear educational philosophy and purpose that actively supports our day-to-day teaching. There’s no question of introducing it into the classroom simply because it’s new and shiny.”

Although Mr Jones notes that the majority of teachers starting out in the profession are comfortable with using devices, less technologically-minded colleagues are not forgotten.

“Each new piece of kit needs to demonstrate its value to the teaching relationship and if it doesn’t do that, it has no place in Caterham’s future classroom,” he adds.

Mr Jones believes post-18 learners must be prepared for a future in which entrepreneurship and apprenticeships take their place alongside the university option, but he is firmly opposed to the suggestion that preparing young people for the world of work should become the key priority.

“We need creative thinkers, collaborators and problem-solvers, and as long as we ensure people remain at the heart of education, good teachers will continue to change lives for the better,” he says.

While there is an inherent contradiction between yet more digitally focused education and concern over young people and excessive screen use, Mr Buchanan believes there is a balance to be struck.

He says: “We are talking about sensible use of technology in the future classroom rather than the wholesale abandonment of all books and yes, I agree there are potential pitfalls in the move to online learning which we will need to tackle head on.”

Although Mr Buchanan foresees AI will inevitably free up more time for human interaction in the classroom, he has no fear that robot teachers will one day lead the class.

“The key skills of my profession are related to subject knowledge, an understanding of how young people learn and the ability to facilitate tailored learning for each pupil,” he says.

“When it comes to curating online content, so only the most helpful and reliable resources are put in front of pupils, I would argue that the core skills of teachers can only become more critical as we develop the future classroom.” 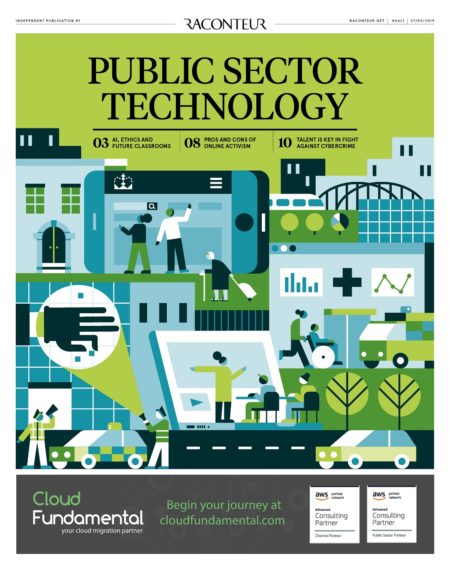