The internet of things offers major benefits for business, not least a boost to the bottom line, so how can the initial challenge of successful implementation be overcome? 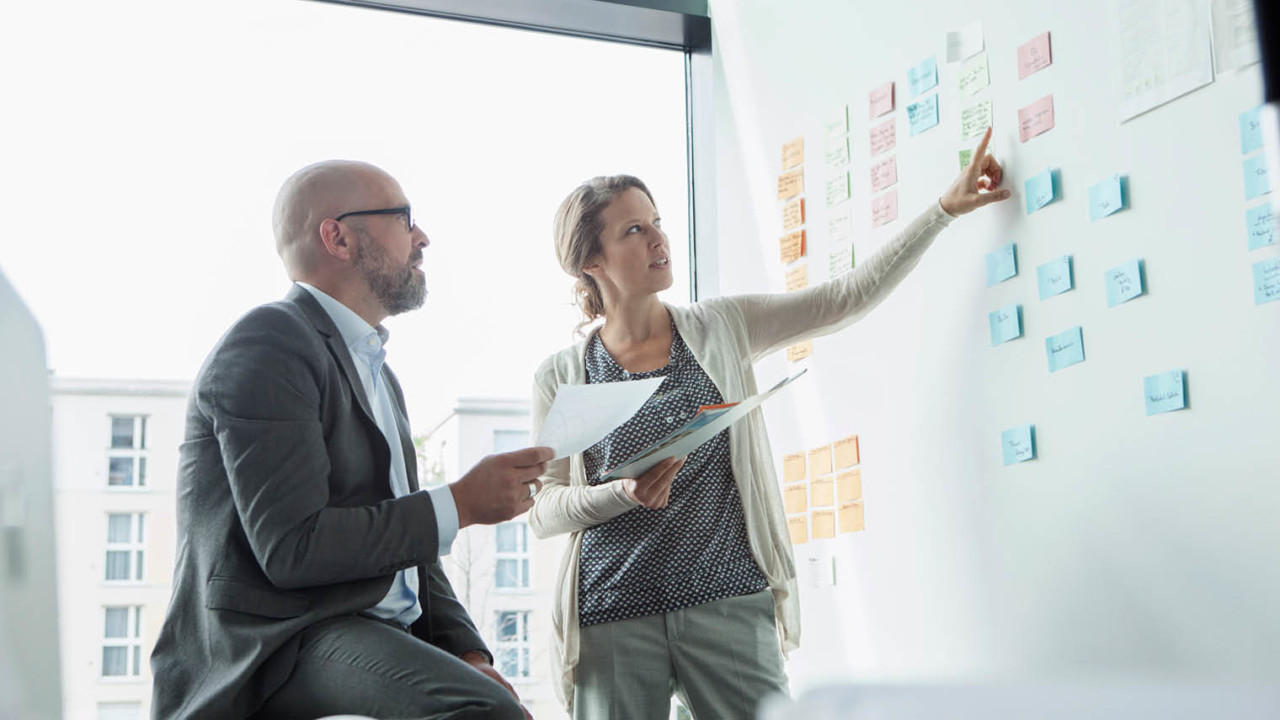 When Cisco conducted a survey of internet of things (IoT) deployment in the UK and America, its conclusions were stark – the majority of projects are doomed to fail.

Six out of ten stall at the proof-of-concept stage, with only 26 per cent considered a complete success. “And it’s not for lack of trying,” says Rowan Trollope, Cisco’s senior vice president and general manager of IoT and applications.

IoT projects, by their very nature, tend to be complicated and time consuming, and certainly don’t come cheap. So why is all this investment going to waste?

In the Cisco survey, 60 per cent of respondents said IoT initiatives often look good on paper, but prove harder to implement than expected. Nearly half cited lack of IoT expertise.

As a result, after going to all the trouble and expense of gathering vast amounts of data, it’s often not even used.

For instance, a report from IT services firm HCL Technologies found that, on average, only 48 per cent of data collected from the IoT is analysed, while IBM puts the figure at just 10 per cent.

“The masses of data generated by the internet of things are an exciting prospect for business, but there’s no point having all that information if you can’t actually use it,” says Greg Hanson, Europe, Middle East and Africa vice president responsible for cloud at software development firm Informatica.

“The first step is understanding what data you actually need, then you have to ensure the data is high quality and easily consumable to provide useful insights. You risk getting untrustworthy results if you don’t eliminate duplicates, old datasets, anomalies and mistakes,” he says.

Importing, profiling, contextualising, integrating and enriching the data all take time and money. And, particularly with the introduction of the European Union’s General Data Protection Regulation, security and privacy concerns bump up the cost of managing data more than the unwary might expect. 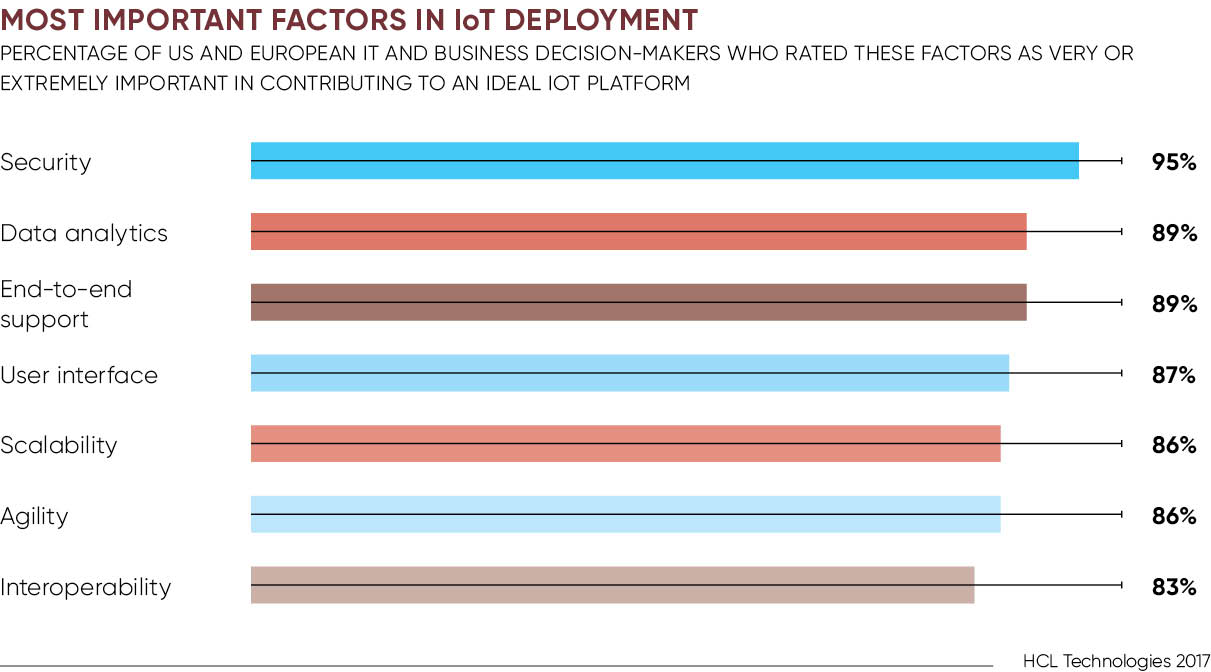 Ted Dunning, chief application architect at software firm MapR Technologies, likens cleaning data to extracting gold from ore. “You have to make sure your extraction costs are lower than the value of the gold,” he says.

“IoT data – the ore – typically has a low value per byte, but traditional data processing was created assuming a high value per byte. Because of this mismatch, traditional methods will usually cost more to process a byte than the value you get out of it.”

The sheer volume of data, much of it in real time, the IoT generates simply can’t be handled in traditional ways. As a result, an IoT strategy often also requires artificial intelligence.

“Cognitive IoT is the next leap in improving the accuracy and efficiency of complex, sensor-driven systems, emulating the evolution of the human brain with its different interconnections and complexities,” says Mark Armstrong, managing director and vice president of international operations, Europe, Middle East, Africa, Asia-Pacific and Japan, for Progress.

Mike Brooks, senior business consultant at AspenTech, says this can make all the difference between an effective IoT programme and one that allows precious data to go to waste. He cites a large chemical company that experienced common breakdowns in several critical equipment areas, including large chillers and compressors.

“Although each of these machines were producing plenty of data, by not having an application that arranged the data into a usable format meant the precious data was being wasted and long periods of downtime became a regular occurrence,” he says.

When machine-learning technology was applied to the IoT data, it enabled engineers to identify failures before they occurred and drive millions of dollars in increased production

“However, when machine-learning technology was applied to the same IoT data, it provided engineers with the opportunity to understand the science of maintenance and continuously monitor the operating levels of the equipment. This enabled engineers to identify failures before they occurred and drive millions of dollars in increased production as a result.”

Another common failing of IoT projects is that data isn’t shared around an organisation, so it’s not exploited to best effect. Recent research for software firm SnapLogic found that data being siloed by individual departments was one of the biggest inhibitors of success.

“And it’s not just technology causing silos,” says SnapLogic chief executive Gaurav Dhillon. “Teams unwilling to collaborate and share information are also a cause of those silos.”

This is clearly a common problem. Research from Inmarsat Enterprise has revealed that in 55 per cent of IoT implementations, access to data is restricted to departments directly related to the IoT deployment, limiting the potential benefit.

“An aeroplane engine, for example, might be equipped with as many as 250 sensors, yet this data will commonly be used primarily to spot anomalies, rather than for optimisation purposes, which is where the most value sits,” says Inmarsat Enterprise president Paul Gudonis.

Similarly, in research for HCL, 49 per cent of organisations said they were struggling to get off the ground with IoT because of an unco-ordinated and siloed approach, with 43 per cent saying their customers would suffer as a result.

There is, though, a silver lining, says Chintan Patel of Cisco UK and Ireland. It means lessons can often be learnt before an organisation has gone too far down the wrong path.

“According to our recent survey, 64 per cent of businesses agreed that learnings from stalled or failed IoT initiatives have helped accelerate their organisation’s investment in IoT; that’s a huge opportunity to miss,” he says. “Successful management and the combining of data is a vital foundation to enable IoT projects to thrive – only then will we see the true capabilities of this connectivity realised.”