Since most consumer goods, such as clothes, TVs or laptops, travel thousands of miles and change ownership at least half a dozen times before reaching their final destination, logistics presents an ideal hothouse for innovation using 5G and IoT devices.

The use of 5G and IoT would deliver live information to systems that could, for the first time, follow most items from factory to customer

The industry, including shipping, air and rail freight, is a major UK employer. Market research shows more than 56,000 businesses are directly supported by the sector, which employs around 2.2 million people or 8 per cent of the UK workforce. The UK’s logistics industry is also ranked eighth in the 2017-18 Global Competitiveness Index, according to the Freight Transport Association.

Most parcels spend the bulk of their time in transit dead-zone areas; goods are initially logged at manufacturing plants, warehouses and delivery depots, but little real-time information exists during the journeys between these points. The use of 5G and IoT would deliver live information to systems that could, for the first time, follow most items from factory to customer.

How 5G and IoT devices will improve speed and accuracy

Now imagine a batch of OLED television sets produced in a factory in an industrial zone in China. After manufacture, the TVs would be loaded on to a reusable plastic palette fitted with an IoT sensor. As the TVs make their way from the factory to a warehouse, the sensor would return information about journey times, traffic surge spots or a change in ambient temperature. All the information would be stored in a cloud and used to improve services. After delivery, the TVs would be loaded on to similar plastic palettes, which would record journey information between the warehouse, distribution centres and customers.

“One of the challenges I have read about with 5G is of a few early adopters and pockets of full connectivity,” says Richard Blown, head of innovation at Hermes. “We will probably see a greater uptake by 2022 and full influence of 5G by 2025.” Mr Blown’s role at Hermes’ innovation laboratory in Leeds helps the company solve possible future problems by assessing new technologies such as 5G around 12 to 18 months ahead of introduction. The team works on proof of concepts and creates prototypes.

Mr Blown says the adoption of 5G, enhanced by IoT devices, could offer a host of new functions to logistics companies. “The real bonus here is the actual tracking of packages with 5G connectivity, low latency, high speed and wide availability. With that alone, you have the capacity of having millions of devices connected at the same time. The information available would be real time in its nature, whereas currently we rely on scan points. The real-time tracking would give us data with fine-grain accuracy,” he says. 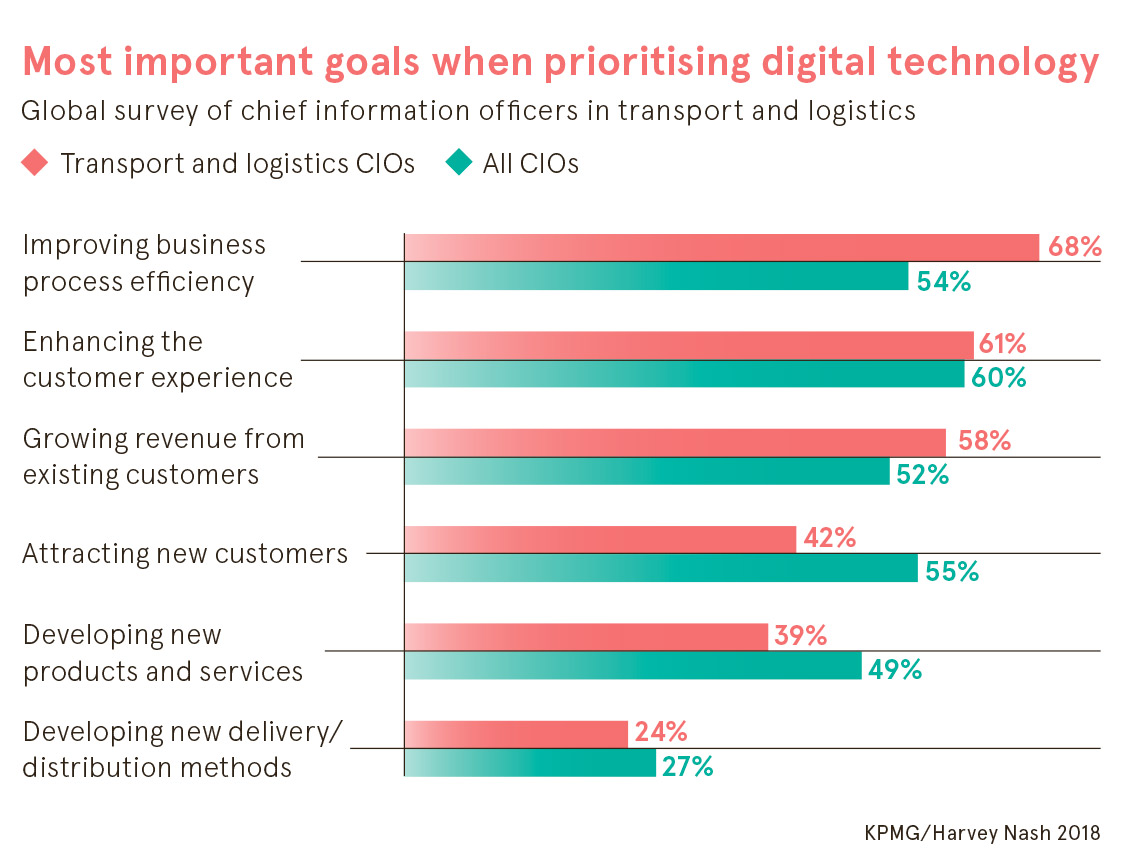 Recent developments, such as just-in-time deliveries, which were once only accessible to a select few, could become mainstream as 5G and IoT devices make tracking deliveries possible in real time. The IoT devices would boost efficiency between warehouses and distributors, giving customers a clearer visibility of their deliveries. IoT devices also benefit from deeper coverage in traditionally low-connectivity areas such as garages and basements. This would occur in tandem with warehouses upgrading to robot workers for manual labour and drones for deliveries.

The IoT tracking devices are key to any improvements. “For transportation and parcels, it is very important devices run on batteries and have a long battery life,” says Sofia Tropé, IoT business developer at Telenor, the Norwegian multinational telecommunications company. “Both 3G and 4G devices are usually very power intensive since they are repeatedly being switched on and off. The new IoT trackers are much more efficient at conserving energy; they are able to go into a sleep mode when they are not relaying information.

“Think of it like a ‘do not disturb’ sign on the door of a hotel room. The device itself can tell the network that it is asleep. When something happens like a temperature change or a change in location, it can then wake up and relay that vital information.” 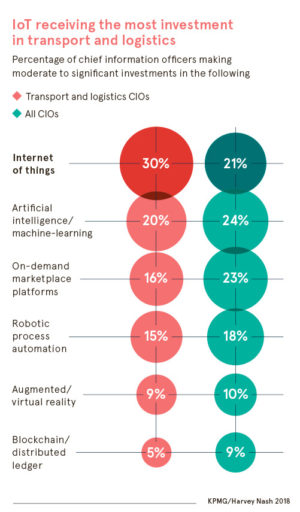 Road, rail, and sea logistics will all be transformed by 5G and IoT

Few industries better illustrate the complexity of our global world than logistics. The British Property Federation’s 2015 Delivering the Goods report estimated the sector’s economic productivity is set to grow by 83 per cent between 2013 and 2035. The report also calculated that the ecommerce sector will see a 10 per cent annual increase in trade by 2021 to £48 billion.

The volume of traffic through UK ports presents unique opportunities for IoT and 5G connectivity. Ports in the UK handled more than 484 million tonnes of goods in 2017, down by 2.6 per cent on the previous year. At the same time, UK ports recorded an 18 per cent rise in traffic with 24.1 million units passing through them in 2016, a 1.8 per cent increase. Growth is also predicted in areas such as delivery fleet management devices and automotive telematics.

The use of 5G and IoT will speed up transportation of goods by rail, road and motorway. “There are lots of areas where improvements could be visible,” says Mr Blown. “Other examples would see more connectivity between smart cities and vehicles. At the moment, you have a large network of vehicles, trailers and carriages, hubs and depots in the UK, and vans delivering parcels. They don’t often speak to each other. With 5G and IoT, all these vehicles in the network would have the capability to talk to each other.”

What this technology could do in the future

If you are a fish importer in France, your reputation relies on you serving the best and freshest fish in Paris,” says Ms Tropé. “By knowing that you can tell your end-customers when your fish was delivered, where it was caught and how long it has been in storage, you can guarantee them the best quality.”

Ms Tropé adds that the trackers offer myriad other functions for private users once price points drop. “We see a great demand for pet trackers,” she says. “As an owner, you could buy a collar with this technology already installed in it. If your dog runs away or is dognapped, you could easily track the animal. Maybe more importantly, you could also use the tracker to register how far the dog has walked each day, who last walked it and whose turn it is next. Many dogs spend too much time on the couch.”