The coronavirus-induced shutdown has caused a revolution in how we work. Overnight bricks-and-mortar stores shuttered, while agile businesses shifted online to survive. Countless collaborative tools, from Zoom to Microsoft Teams, meant remote workers have to show real output to justify their jobs, rather than just turn up to a physical desk. Could this pandemic increase productivity long term?

“Even traditional government services sectors, which have had strong reservations about tech adoption throughout their workforce, have figured out what digital transformation means and are now working from home. They’re getting the same kind of work done, with minimal or no commute,” explains Dr Sreevas Sahasranamam, research fellow at the Hunter Centre for Entrepreneurship at the University of Strathclyde.

COVID-19 has dragged many kicking and screaming into the digital era, even the Queen is on Skype. “For everyone, technology is now being viewed as a source of real value, rather than simply as an enabler,” says Andy Stanford-Clark, chief technology officer for IBM UK and Ireland. “The changes we are experiencing today are a preparation for the future.”

Consumers, whatever age, are also being forced to utilise online services rather than face-to-face ones. Remote learning is used en masse, while home delivery apps and big tech are thriving. Here lie nascent answers to the UK productivity puzzle.

“I think we could expect a brief productivity revival as social distancing requires companies to adopt more digital technologies, automation, even robots,” explains Dr Carl Benedikt Frey, Oxford Martin Citi fellow at the University of Oxford. A silver lining, perhaps, as warnings of the worst recession on record cloud the UK economy. 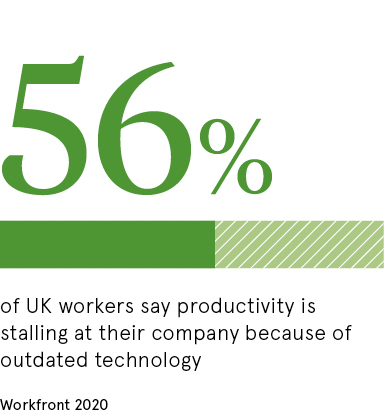 UK productivity stagnated since the 2008 financial crisis and has failed to recover. It’s the single most important indicator of a nation’s living standards. Brexit uncertainties late last year caused a further slump; the worst performance since the 1800s. A lack of productivity growth limits a country’s ability to boost wages and become richer.

It’s no wonder the Bank of England’s chief economist Andy Haldane called it the “single most pressing issue” for the UK economy prior to the pandemic. However, if you take the long view, this great reset has the potential to boost the output that a British worker could generate and increase productivity. There are parallels in history.

The Great Depression of the 1930s, when a quarter of the US workforce were out of work, was also a time of rapid automation. It saw the fastest productivity growth in American history. Yet President Roosevelt at the time tried to slow down the pace of automation with a bill that included 36 restrictions on machines.

“Just over half the jobs in the United States today are possible to perform at distance with digital technology,” says Frey. “The coronavirus will accelerate digitalisation and automation. Businesses want to cut costs during downturns. This also spurred automation during the financial crisis and contributed to a jobless recovery. Today cash-strapped consumers also trade down to cheaper, less labour-intensive goods and services, which also increases the level of automation in the economy.

“Looking forward, ecommerce, telemedicine and online learning are likely to finally fulfil the productivity promise of the internet, which has been disappointing so far. Estimates also show that high-income earners are five times more likely to be able to work during the pandemic, while we find low-income jobs are at much higher risk of automation.”

Upskilling the workforce is crucial

More low-skilled jobs could evaporate after the pandemic subsides. Retraining will be crucial. Yet companies will be in a perilous state after lockdown. With high levels of indebtedness, many won’t have enough money to invest in skills, training, capital equipment or automation. However, those companies that do invest could be longer-term winners.

“New technology adoptions really require initial investment upfront and changes in business models. During this crisis, businesses are unlikely to be in the position to do this due to financial pressure and uncertainty,” says Dr Jun Du, professor of economics at Aston Business School.

“As a nation, developing automation technologies to replace low skills and retraining workers into higher-skilled work would be a sensible strategy. This crisis will continue to push many people out of jobs. This is a golden opportunity to retrain them to prepare for that future.”

With record low interest rates and strong government assistance, nimble businesses could look to save costs elsewhere and invest in upskilling their workforce, as well as digitalising further. This could be transformative for the UK and increase productivity.

“Lockdown has created legitimacy for certain ways of doing things now that we thought would never be productive, for example the assumption that our working culture is based on a need for people to have a physical space where they must be monitored physically to be productive. Coronavirus has forcefully shaken up this concept,” says Sahasranamam at the University of Strathclyde.

“A big benefit could be savings in capital expenditure and real-estate costs. Businesses won’t have to expand office spaces or have an office at all. Employees no longer have to work and live in high-priced, real-estate congested cities either and they will also save on commuting time.” 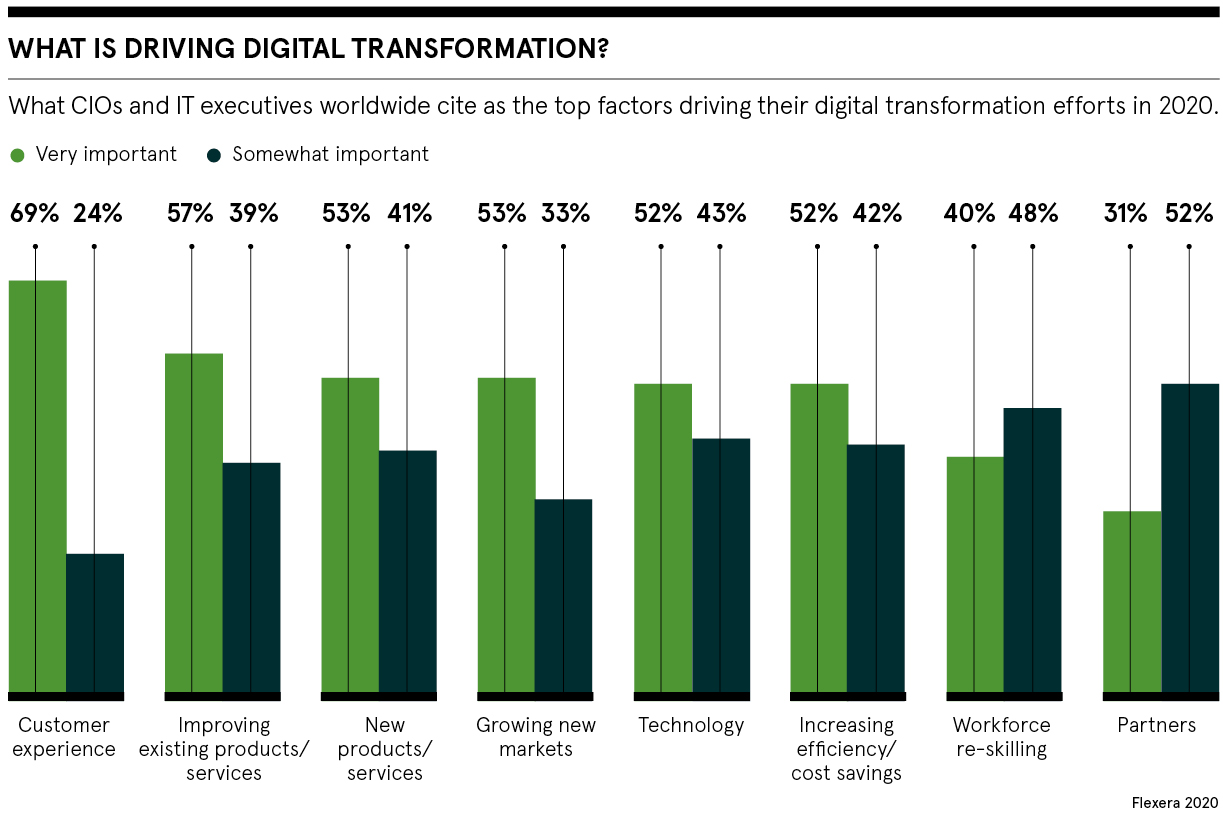 A catalyst to increase productivity?

The pandemic has exposed the vulnerability of overstretched, globally expansive, just-in-time supply chains or call centres in the Philippines or India. This could lead companies to onshore business, with a 21st-century digitalised focus and upskilled workforce. Corporates are already getting a taste of what consumers expect. Some will want to go further.

“In this locked-down environment, productivity is being boosted in various sectors through the use of automation to deliver savings and time back to businesses so staff can be liberated to refocus on delivering higher value,” explains Peter Walker, chief technology officer, Europe, Middle East and Africa, at Blue Prism, a robotic process automation software developer.

“The key challenge for organisations will be to strategically adopt automation solutions to make the enterprise smarter, more agile or efficient rather than focusing on short-term tactical savings.”

If British grandparents in their 70s and 80s aren’t now afraid of digitalised services from banking to online grocery shopping, nor should unions, businesses or employees be. COVID-19 reset is occurring right before our eyes. It is also happening globally, even in China and elsewhere in Asia, where labour is a lot cheaper.

If the pandemic can be used as a reason to get more people to use more sustainable forms of transport, such as bicycles and walking, or tackling the climate crisis, it could also be used as a catalyst to increase productivity in the UK.

“The main risk to any coming productivity revival is a Luddite backlash against automation, in which fears over its immediate social costs end up denying us its long-run benefits,” Oxford University’s Frey concludes. 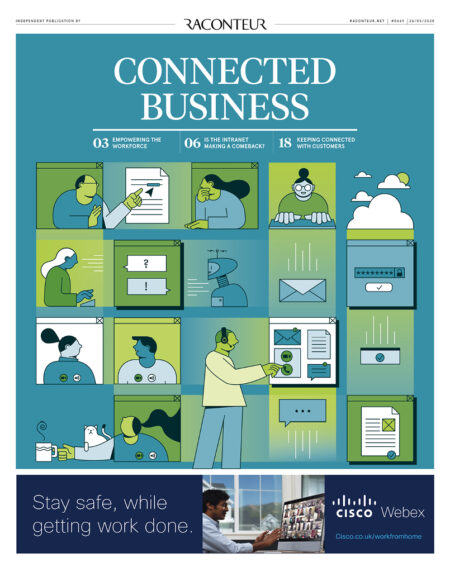 How to prioritise the customer in a crisis