Research by CCS Insight suggests the 3D-printing industry will grow from $1.15 billion in 2013 to $4.8 billion in 2018, with industrial applications accounting for three quarters of revenue by then.

Salome Galjaard, a senior designer at engineering consultancy Arup, says the past year has seen a shift away from the hype around consumer usage towards a greater consideration of how 3D printing – or additive manufacturing – can be used in industrial applications.

“It can have a huge impact on everything from the design process to production, storage, installation and recycling,” she says. “It could allow engineers to make things we weren’t able to produce before, using amazing optimisation techniques. Storage and transport can become cheaper, as products can be created on site, and even installation could be easier if the function of multiple products is integrated in one.”

The potential is such that the UK’s innovation agency, Innovate UK, has now made additive manufacturing one of its key areas for investment and is currently financing 18 projects at a cost of £17 million, designed to accelerate its take-up in real-life scenarios.

“These focus on a variety of challenges, some aimed at improving the core additive manufacturing process itself to make it faster, and produce parts with better and more consistent material properties. While others are concerned with what issues should be addressed before you start the build process or after you’ve finished it,” says Robin Wilson, lead technologist in high-value manufacturing, at Innovate UK.

Already there are cases where additive manufacturing is having an impact, particularly in sectors such as aerospace, healthcare and the automotive sector. While some are using the technique to develop prototypes, others have started producing finished goods which cut out multiple tiers – and costs – associated with traditional supply chains.

Shoes By Bryan uses 3D printing technology to manufacture eco-friendly shoes and founder Bryan Oknyansky, who is also a lecturer at Regent’s University London, believes over the next five years this could challenge the traditional mass-manufacturing model. “Whereas contemporary manufacturing models require scale and standardised design to produce high volumes of products, the new manufacturer is poised for one-off or small-batch production, depending on which 3D-printing technology is used,” he says. “This new manufacturer also benefits from the capability to implement mass customisation; it takes as much time to make the same thing over and over again as it does to make a different part every time.”

Yorkshire-based slurry equipment manufacturer Weir Minerals Europe is using 3D printing to manufacture some of its working parts, as well as providing sales teams with prototypes and demonstration models.

“The traditional method is to make these patterns from wood and, while we still make the majority of our foundry patterns this way, 3D printing has allowed some to be created in plastic instead,” says managing director Tony Locke. “The process can save significantly on labour costs as the machines can run with minimal supervision, 24 hours a day.” In time, he expects to produce more complex parts using 3D printing; the only restriction is the capabilities of the printers he has in place.

Harvey Water Softeners, meanwhile, relies on 3D printing to make prototypes for parts used in its water softeners, helping it reduce the time it takes to come up with new products. “It allows us to develop more complex design iterations more quickly and move from the test stage to a prototype faster,” says Martin Hurworth, technical director. “For a low cost, we’re now able to turn a concept into a working prototype in just three days.”

Other industries could also take advantage. Luca Corradi, managing director for Accenture’s Aberdeen energy practice, suggests the technology could be used to produce parts for use on demand, in places such as oil rigs which could otherwise face shutdowns until replacements are delivered. “When 3D-printing technology is available on-site, spare parts can be stored digitally, ready for when the required part needs to be produced,” he says. “Warehousing and inventory costs for oil and gas companies can then be reduced and the lengthy, expensive process of transporting parts to remote sites could be eliminated.”

When 3D-printing technology is available on-site, spare parts can be stored digitally, ready for when the required part needs to be produced

In the longer term, the technology could have implications for how organisations set up their supply chains, says Hans-Georg Kaltenbrunner, vice president, manufacturing strategy, Europe, the Middle East and Africa, at supply chain software business JDA, with businesses able to position local manufacturing centres closer to key markets. “There is also an opportunity for smaller companies, which will be able to service markets in far-flung locations without expensive facilities or networks, allowing them to compete with bigger companies and offer consumers choice,” he adds.

This could see suppliers offering manufacturing as a service, giving them access to a repair and maintenance market which they currently ignore, says Antony Bourne, global manufacturing industry director at software firm IFS. “Traditionally, cheaper maintenance services are provided by a separate company to the one that originally manufactured the product, but providing downloadable blueprints would be a relatively small step for manufacturers to take and one with a significant return on investment,” he says.

Further down the line, the focus could move beyond the current emphasis on “hard” physical products, says Kieron Salter, managing director of digital manufacturing firm KW Special Projects. “In a decade’s time we will be talking about digital fabrication not 3D printing,” he predicts. “Many new technologies and products, such as augmented reality contact lenses, clothes that have embedded sensors for measuring bio-health or flexible shape-changing mobile phones, will be made possible. And by 2025, highly optimised metallic parts on aircraft, printed electronic devices, including batteries and printed organs or bio-structures, will be a reality.”

“Once hooked up to ultrasound for 20 minutes a day, it can help reduce the time it takes for the injury to heal by nearly 40 per cent,” says Alex Chausovsky, principal analyst at IHS Technology. Other examples he points to include Project Daniel, run by Not Impossible Labs, which produces low-cost prosthetic limbs for war victims in Sudan, and the Cortex Cast, which uses nylon rather than traditional plaster to make casts.

In the future, we could even see 3D-printed organs for use in humans, says Fred Hamlin, senior engineer in the medical technology division, at Cambridge Consultants. “Today these technologies make the front page of the newspaper; in ten years’ time they could be as commonplace as organ transplants are now,” he says.

3D printing is helping to create more efficient processes in the aerospace sector, says Robin Wilson, lead technologist in high-value manufacturing, at Innovate UK. “Aircraft manufacturers have invested billions in developing the use of metal powders through this technology to make turbine blades, jet engine combustion nozzles and structural parts,” he says.

Parts which previously required multiple components can now be created in one go. “For example, a fuel injection nozzle from GE, which was traditionally made in a laborious manner and comprised of 19 different components, can now be printed in one piece and is actually a lighter, better-quality component,” says Sia Mahdavi, founder of Within, now part of Autodesk.

The benefit is also being felt in the defence sector. “Although entire weapons have not been printed out yet, there has already been success in producing landing gear parts for Tornado aircraft,” says Brendan Viggers, product and sales support for the IFS Aerospace and Defence Centre of Excellence. 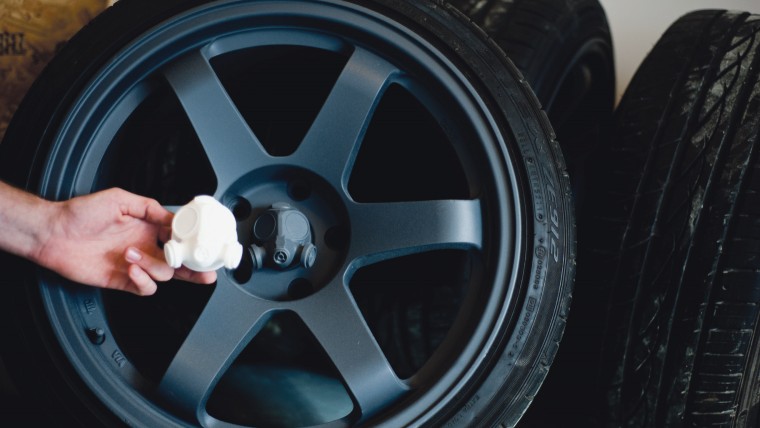 In 2012, castings manufacturer Grainger & Worrall invested £500,000 in a 3D printer to help it meet demand for small quantities of development parts for prestigious car brands, including Aston Martin, Bentley, Bugatti, Porsche and McLaren.

“Typically, a tool or pattern is produced by direct computer numerical control milling,” says director Edward Grainger. “This is then filled with a sand and resin mix to form the intricate mould, often of many separate pieces of sand, known as cores. With the 3D printing, we can ‘print’ these sand cores to make the mould directly and eliminate the need for the tooling process.”

Motorsport is making use of the technology to produce parts for development models, test and racing cars, says Kieron Salter, managing director of KW Special Projects. “We are also exploiting it to bypass very long lead manufacturing processes, such as tooling for composites, to allow direct manufacture,” he says.

Shaping up to the future

Making millions of objects once