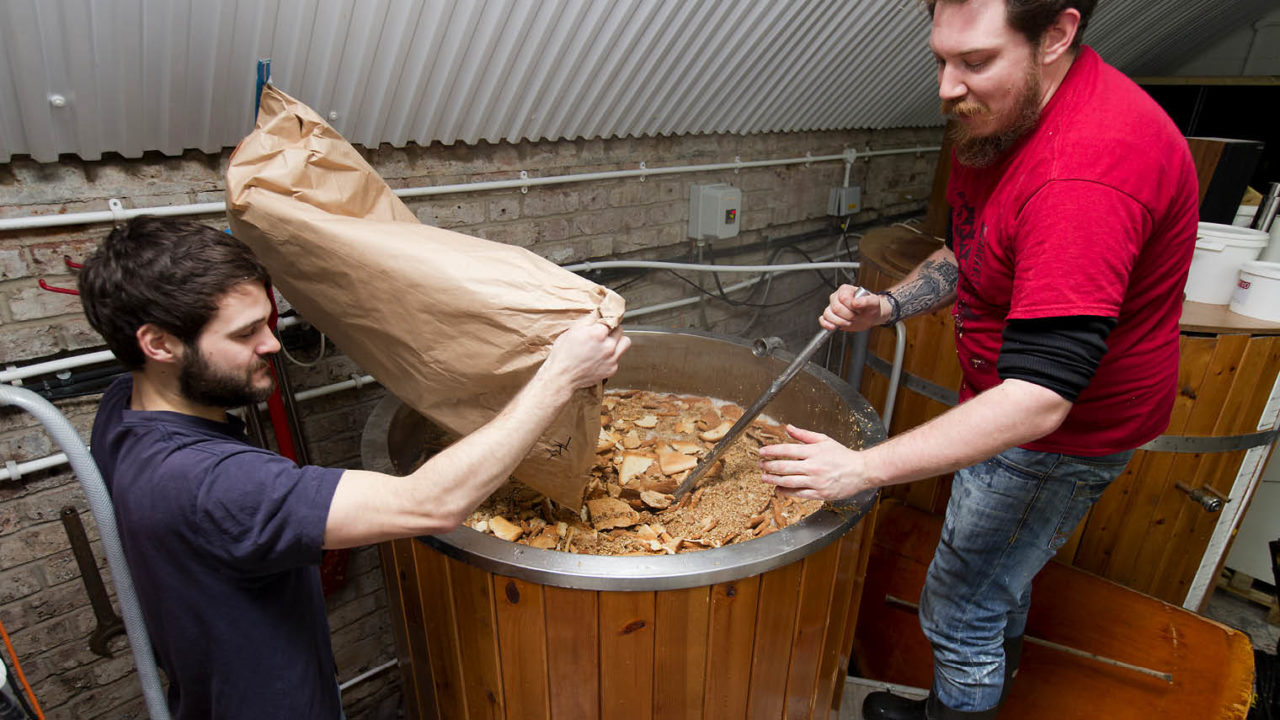 Despite population growth and increasing famine, 1.6 billion tonnes of food is lost or wasted worldwide, every year. With an estimated carbon footprint of 3.3 billion tonnes, this food waste eats up 28 per cent of the world’s agricultural area and drinks enough water to fill Lake Geneva three times.

Rethinking, repurposing and reselling waste as a resource is fast becoming a hotbed of entrepreneurial activity

“If food waste were a country, it would be the third biggest emitter of greenhouse gases after China and the United States,” says David Green, director of the US Sustainability Alliance. “One third of food produced on the world’s farmland goes uneaten. That is too compelling for food growers, producers and farmers to ignore.”

The word “co-products” highlights how the language of waste is changing. He explains: “In California, almonds are not only a healthy nutritious tree nut, but the hulls and shells are useful co-products to ferment beer, boost mushroom production, even supplement honeybee food.”

Slaughterhouse waste – fat, bones, tissue, blood and offal – is another, less palatable, but no less profitable, area of business.

Rethinking so-called food waste as a resource, complete with its nutrients, water and energy content, is also transforming the business model of the waste industry itself, says Dr Adam Read, external affairs director at SUEZ Recycling and Recovery UK.

“For our commercial customers, there is huge potential value to be derived from surplus and discarded food along the entire supply chain, as well as through avoidance of any associated wastes arising during production, handling and transportation,” he says.

However, real progress on the household front would require mandatory, harmonised food waste collections. He says: “This would see food waste captured at source, which would not only give the sector confidence to invest in infrastructure, but also educate consumers and businesses alike.”

Policymakers and legislators have a core role to play, agrees David Newman, president of the World Biogas Association (WBA). “We have all the technologies we need, but still waste 30 to 40 per cent of all food,” he says. “The most important factor making innovation happen on the ground is policy; this means taking our commitments to climate change, sustainable development, soil, water and air quality seriously.”

Business leaders, brands and global corporations are also increasingly engaged in food waste solutions, as evidenced by last month’s Waste to Wealth Commitment Summit, attended by the Prince of Wales. 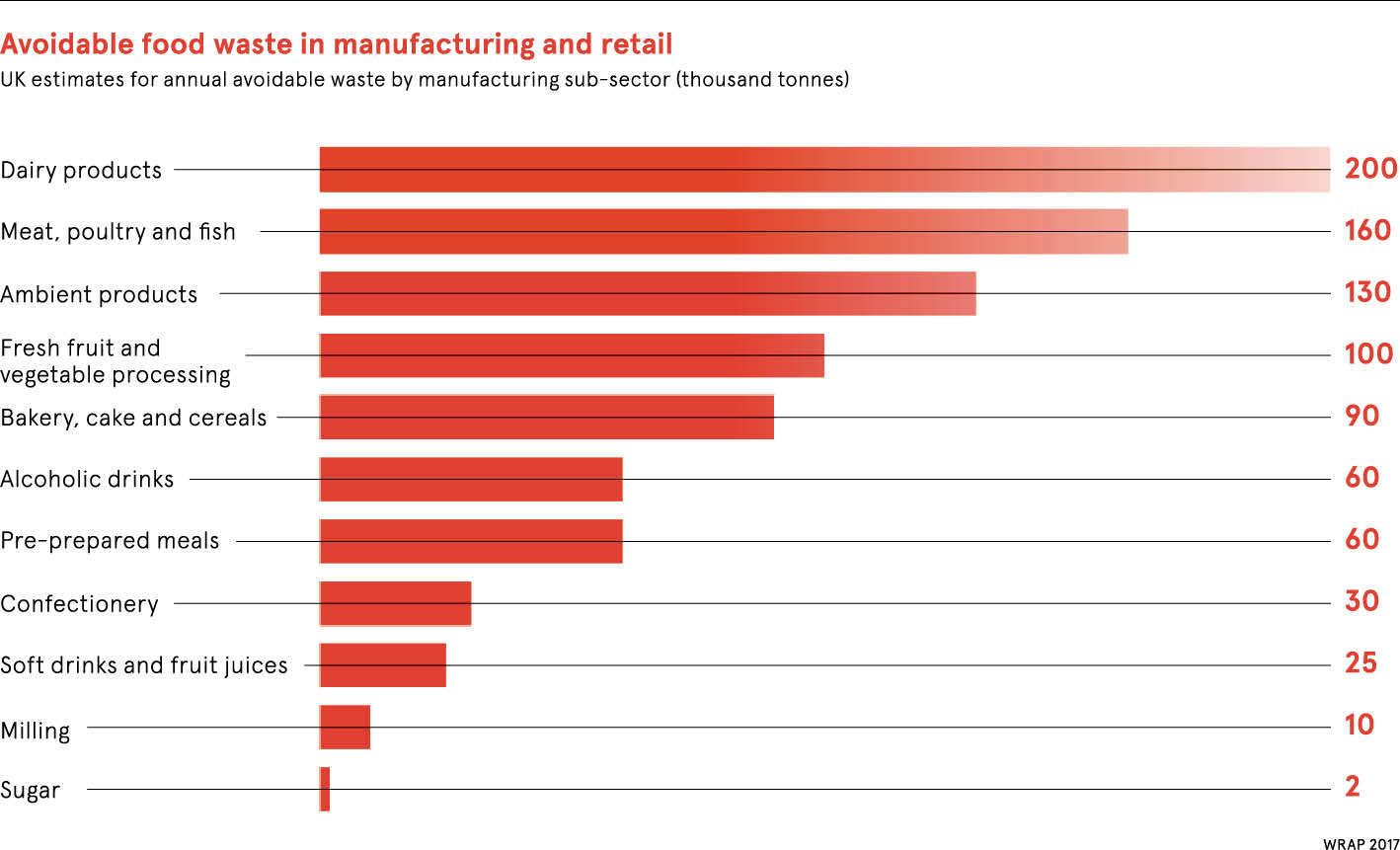 How small businesses can use food waste to their advantage

It is not only big business rethinking waste as a resource, though, says Richard Gueterbock, marketing director of Clearfleau Group. “A growing number of smaller food businesses are now recognising that generating biogas on the factory site can both cut carbon emissions and save costs,” says Mr Gueterbock.

In anaerobic digestion, the language is changing, too. He adds: “We avoid using the word ‘waste’. Everything in the food chain has a latent energy value.”

An on-site bioenergy system can extract up to 95 per cent of available energy from a range of food processing residues, with installations at UK factories making everything from cheese and malt whisky, to Rolos and Fruit Pastilles.

Indeed, rethinking, repurposing and reselling waste as a resource is fast becoming a hotbed of entrepreneurial activity, says Louisa Ziane, global brand director at Toast Ale. “There has been a huge surge in startups using ingredients and materials that are surplus or a by-product,” she says.

Toast Ale is an award-winning craft beer brewed with surplus fresh bread that would otherwise be wasted. All profits go to Feedback, an environmental food waste charity.

What restaurant and bars are, and can be, doing to tackle waste

Sustainable restaurant champions range from Silo Brighton, a zero-waste pioneer “designed with the bin in mind”, to the Michelin-starred kitchen of chef Diego Gallegos at Sollo Restaurante, set within a Hilton brand hotel, near Malaga.

In some ways, drinking rather than eating out is where previously hidden food waste solutions are now emerging.

“The problem with bar waste is real and there are no excuses,” says Bex Almqvist, global marketing manager on trade at Absolut Vodka and co-creator of the Green Hustle. The Green Hustle is all about changing mindsets among bartenders to get them applying easy sustainability hacks.

She explains: “Almost every bar in the world uses lime, for example. The lime is squeezed, the juice is used and the husk is thrown away. However, if you make lime stock from your husks, you can stretch the lime by 50 per cent.” Experience running a London cocktail bar tells Ms Almqvist this hack alone could have saved around 60,000 limes a year.

Sometimes, big ideas require us to think small. Home-delivery innovators Silly Greens are actually thinking micro, part-passing food production on to the end-user. Founder Ed Hall explains: “Micro greens don’t even fit within the supply chain because they perish and lose their flavour and nutrition so fast. Therefore, perhaps living salads and growing that highly perishable food yourself is the answer.”

Innovation abounds in rethinking food waste as a resource. It ranges from valorisation of compostable plastics and catalysing into chemicals, to consumer smartphone apps, such as Olio and Too Good to Go, for food-sharing and rescue. The word on waste is changing.