Five of the biggest environmental challenges posed by China's Belt and Road initiative. 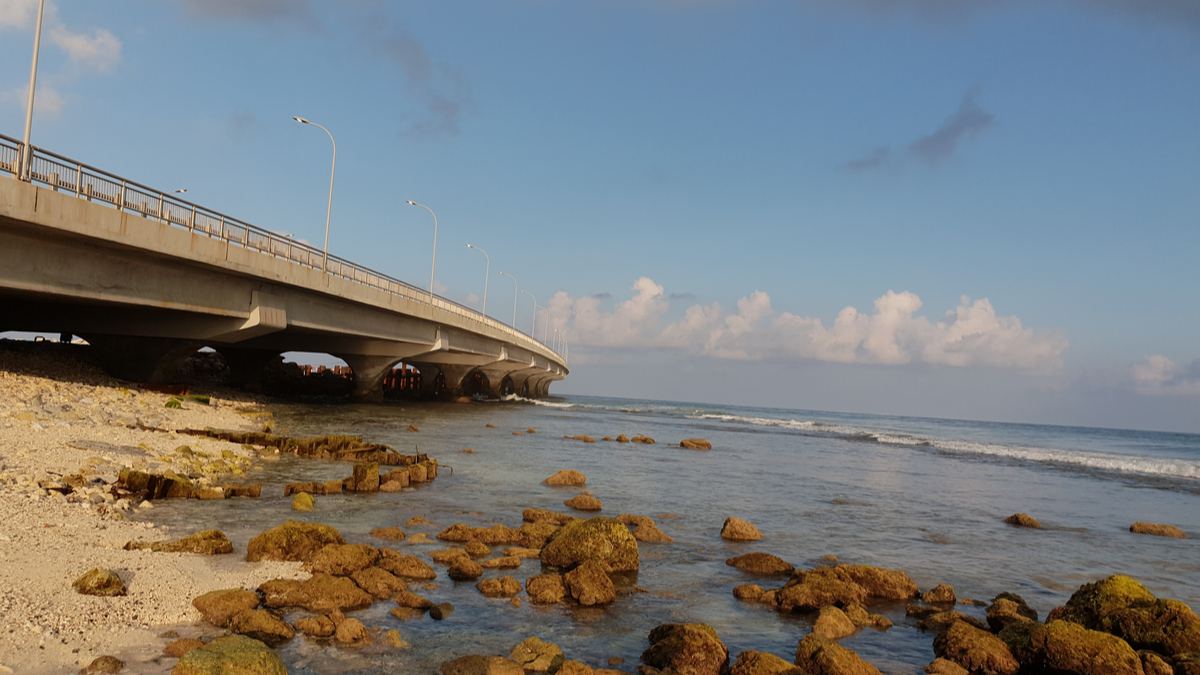 Even though the Belt and Road Initiative stretches to some 78 countries, China says it will only commit to green standards within its borders. This means China doesn’t hold itself responsible for the pollution caused by constructing Belt and Road’s railways, ports, highways and power plants across Asia, Africa, Europe and South America.

“My understanding is that it’s all about the government projecting its power,” says Zheng Yi, author of China’s Ecological Winter, who fears Chinese companies have an opportunity to pollute, and benefit from, poor countries and will do anything for economic growth.

As part of the $8-trillion project, there are 33 rail corridors that have been or will be built in Africa alone. Rail corridors are accompanied by pipelines and power lines that require building extra roads and other supporting infrastructure. All this construction pollutes the surrounding air and water. Researchers from the Chinese University of Hong Kong calculate that China suffers one million deaths a year from air pollution within its borders.

Besides air and water pollution, entire ecosystems are at risk. Found only in northern Sumatra’s Batang Toru forest, Indonesia, there are now fewer than 800 Tapanuli orangutans left. The $1.6-billion Sinohydro hydropower dam planned for Batang Toru’s lowlands could wipe out an estimated 10 to 20 per cent of the orangutan population and would flood the indigenous people’s land. Environmentalists fear that new roads built alongside the dam project will be accompanied by poaching, illegal deforestation and logging.

A project in the Congo Basin, which cut through forest land, decimated forest elephants in the region. The number of forest elephants declined by 62 per cent between 2002 and 2011, according to PLOS One. As environmental protection is not a priority for developing countries, there is little preventing companies, exploiting timber, agriculture and mining, from harming the land and people’s livelihood.

WWF warns of 265 threatened species and 46 biodiversity hotspots within range of the Belt and Road. The boom in transportation and energy infrastructure will have a massive impact on biodiversity, says Fernando Ascensão, a researcher at the CIBIO-InBIO Research Centre in Biodiversity and Genetic Resources, Porto University, Portugal.

Building new infrastructure requires cement, a material that contributes more than 6 per cent of global carbon emissions. The Belt and Road extracts and uses fossil fuels and raw materials, such as sand and limestone, to make cement to construct buildings, roads, bridges and dams. China is the world’s second-largest cement producer and one of its biggest consumers.

China is already responsible for at least a third of global greenhouse gas emissions and remains the world’s biggest investor in coal plants, in countries such as India, Indonesia, Mongolia, Vietnam and Turkey, included in the Belt and Road project.

While China’s leader Xi Jinping said in his 2017 Belt and Road Forum keynote speech that China would “propose the establishment of an international coalition for green development on the Belt and Road” and “provide support to related countries in adapting to climate change”, recent pushback from environmental experts has made stakeholders uneasy. According to Dr Ma Jun, special adviser to the governor of the People’s Bank of China, the Belt and Road Initiative builds infrastructure across countries with three times China’s population. “If nothing is done, their emissions could be three times China’s emissions,” he says.

Belt and Road’s success relies on the economic growth it promises for developing nations, but this promise neglects the ecological destruction caused. For example, the China-Pakistan Economic Corridor is a $46-billion flagship Belt and Road project that will develop trading infrastructure to link the two countries.

According to the United Nation’s Economic and Social Commission for Asia and the Pacific, migrants from other regions in Pakistan may render the ethnic Baloch a minority in Balochistan. In addition, local people are being displaced in large part by ultimatums issued to residents. “The project has already begun to displace local communities and alter the regional ecosystem. More than 9,000 square miles of Thar’s total area of 22,000 square miles will be mined for coal, while the rest will be subject to substantial damming; projects that promise to transform the lives of the region’s 150,000 people,” writes Aasim Sajjad Akhtar in Monthly Review.

Dr Priya Davidar, conservation biologist at Pondicherry University, India, says: “Big projects that should never proceed get approved, massively enriching a few power-brokers and land speculators while many people gain nothing.” Karen Ellis, director of sustainable economy at WWF, adds that one way for governments to tackle this problem is to create “no-go areas”. She says: “Governments should also work with civil society early on when planning infrastructure projects.”

Infrastructure investment has become an attractive option for financiers, but only a few key stakeholders make decisions that impact entire nations, like the Belt and Road initiative does. Corruption is one of the biggest problems with foreign investment in developing nations, says William Laurance, distinguished research professor at James Cook University’s Centre for Tropical Environmental and Sustainability Science, Australia. “It’s a powerful incentive to approve projects that shouldn’t be approved,” he says.

In Nigeria, an alternative route for the proposed Cross River Superhighway was approved after the Wildlife Conservation Society declared the original route would “displace 180 indigenous communities and threaten one of the world’s great centres of biodiversity”. The new route creates less environmental degradation, provides highway access for villages, and preserves fragile gorilla and elephant habitats.

Infrastructure projects can, therefore, benefit the environment when smart, broad-based decisions are made with local communities in mind. They can even have positive economic impact. A strategically placed road, for example, can give farmers market access and opportunities to import fertilisers that will increase crop yield, profits and rural livelihood. Corruption, however, deters smart decisions and often results in harmful projects.