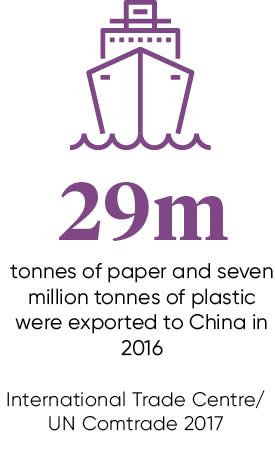 There are few missives that really matter in the global packaging industry, but one recently sent a shockwave through the whole sector. It was penned by Chinese officials and addressed to the World Trade Organization, paraphrased it said, “We don’t want your foreign garbage anymore.”

Come the end of 2017, imports of mixed paper, scrap plastics, including PVC, PET, polyethylene and polystyrene, basically a lot of packaging material, will be banned from entering China. Industry bodies have called the measure “devastating”.

“The flow of international scrap to China amounts to tens of billions of US dollars. An abrupt change will affect the economy globally,” says Arnaud Brunet, director general of the Bureau of International Recycling in Brussels.

It’s difficult to see where 29 million tonnes of paper and seven million tonnes of plastic a year will end up if it’s not on China’s eastern seaboard. A week after those Christmas presents are unwrapped and the packaging discarded the world over, the global recycling industry will certainly get a fright.

“The material should be seen as a resource, not waste, and China is the main end-destination simply because it’s also the largest manufacturer globally,” explains Jakob Rindegren, recycling policy adviser at the Environmental Services Association. “Since the UK imports more goods from China than it exports, filling returning vessels with recyclable material makes sense.”

Since the 1980s, China’s voracious manufacturing industry has been fed on a diet of recycled materials. Recyclable stuff has been one of the largest exported goods to China. It has made economic sense for the Chinese to import spent packaging than cut down trees or dig oil wells.

A week after those Christmas presents are unwrapped and the packaging discarded the world over, the global recycling industry will certainly get a fright

For instance, it can take around 20 trees to make a tonne of newspaper, while a recycled plastic bottle saves enough energy to power a 60-watt light bulb for three hours.

Yet this outright ban is a lot to do with China cracking down on facilities at home that do not meet tightening environmental standards. There’s also a legitimate concern from Beijing officials over the country’s poor environment and public health.

It doesn’t help when documentaries like Plastic China earn a place at this year’s Sundance Film Festival, showing the horrors of the domestic recycling industry. The ugly underbelly and images of pollution, as well as grimy, backstreet recyclers, would be enough to compel any authority into action.

Also as China’s economy mushrooms, it has an ambition to grow its own domestic collection and recycling infrastructure. The world’s second-largest economy is keen to recover more of its packaging. At present, it doesn’t need to since there’s a ready supply from overseas.

“Yet an outright ban will also hit many modern, compliant facilities in China,” says Mr Rindegren. “We would have preferred a more targeted approach. Instead these bans risk hurting the environment by reducing the demand for recycled materials.” 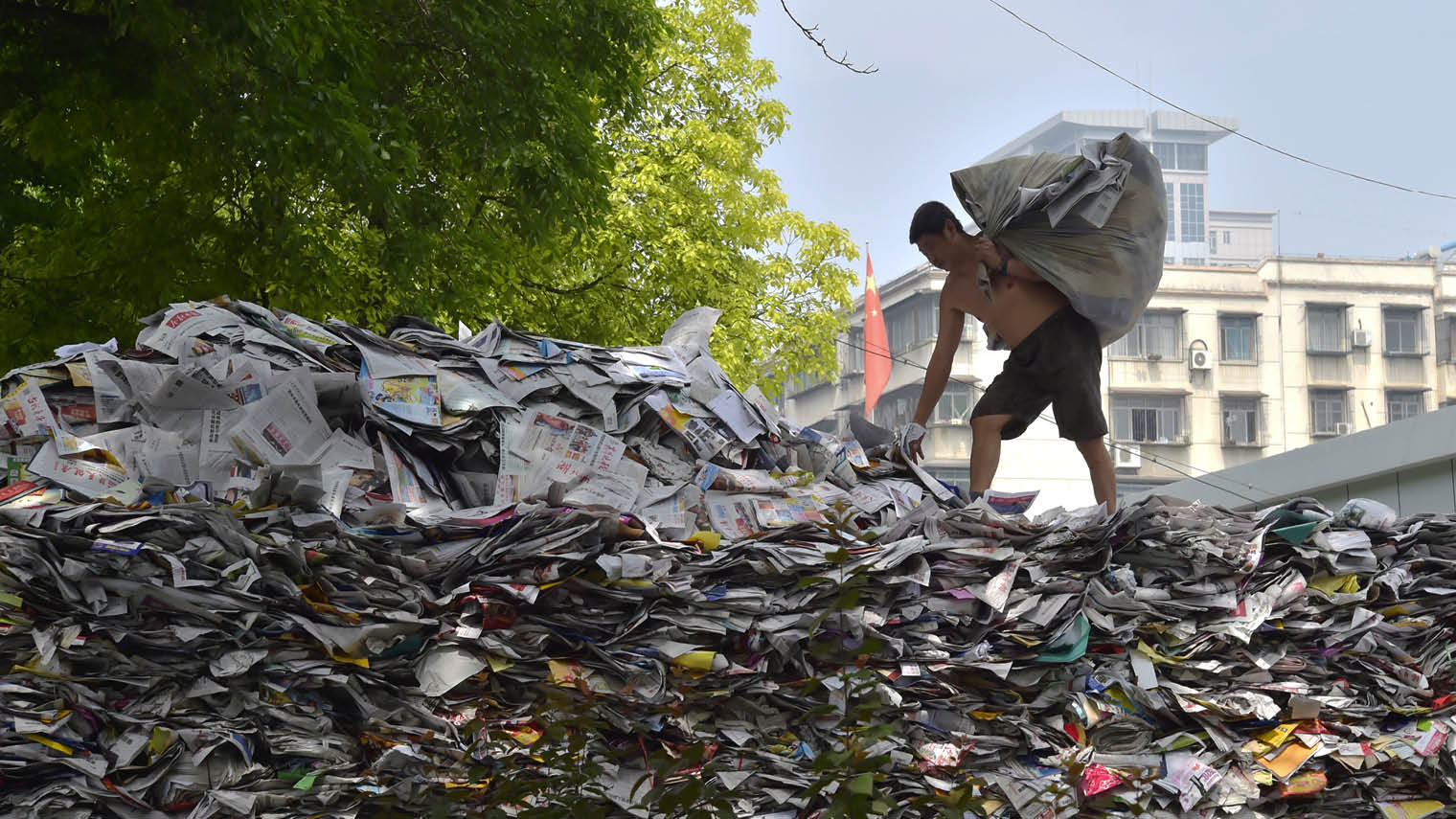 No one is sure yet whether the ban covers all post-consumer plastics and mixed paper, but if it does, it will hit hard. The UK exports roughly one million tonnes of mixed paper to China or one eighth of all collected paper from across the country.

“This is only the beginning of China reconsidering its import policies and it appears to be rolling out a long, well-prepared, coherent change of policy,” says Mr Brunet. “The international recycling industry has to adapt and get used to this change of scenario, and find solutions through investment in proven and new sorting technologies.”

This is not the first move China has made to clean things up. A programme called Operation Green Fence, which started in 2013, took a tougher line on tackling poor-quality and contaminated imported material for recycling.

This drove UK waste resource companies to invest significant sums to ensure they met the stricter requirements of China’s manufacturing sector, with most recyclers now producing much higher-quality material for export. Still the UK’s ability to deal with its own packaging waste is limited.

“The UK currently lacks the capacity to recycle all the material likely to be affected by the import restrictions. Building up that capacity will take time. And with the higher cost of energy, labour and land than in Asia, it’s not an easy task to compete as a recycler in the UK,” says Mr Rindegren.

Come 2018, demand from China will plummet. Prices are likely to go down as paper and plastics from across the world compete for any spare processing capacity.

“It may mean the development of markets in other countries. For example, with paper, growth markets include Mexico, Vietnam, Canada and the Netherlands. We have seen slight upticks on mixed paper exports to India, Thailand, Canada and Vietnam,” says Adina Adler, senior director of international affairs at the Institute of Scrap Recycling Industries in the United States.

In the process, costs for Chinese packaging material could go up. This could have knock-on effects on the global packaging industry and manufacturing more widely, given that China exports a lot of goods in cardboard boxes.

“In the worst-case scenario, global recycling could suffer if the material is not finding alternative markets. As less income from the material means less investment in recycling, the less sustainable it is in the long term,” says Mr Rindegren.

At present the industry is waiting for more clarity on the ban. The hope is that China’s new export restrictions will force the UK government’s hand, speeding up plans for a post-Brexit strategy on domestic recycling; otherwise recycling rates could go backwards. Certainly, new legislation could stimulate demand for UK recycled material, through incentives for producers.

Others see this as a wake-up call for industry. “Now’s the opportunity for the UK to reconsider how we extract value from these secondary resources,” says Dr Costas Velis, lecturer on resource efficiency systems at the University of Leeds. “We should ask ourselves why do we collect these recyclables? If there’s value in it, then the price should reflect the benefits delivered to the environment.” China thinks there’s value in it. Why not the UK?