Cyberattacks, IT outages, floods, earthquakes – to the list of threats facing companies’ supply chains, we can now add protectionism 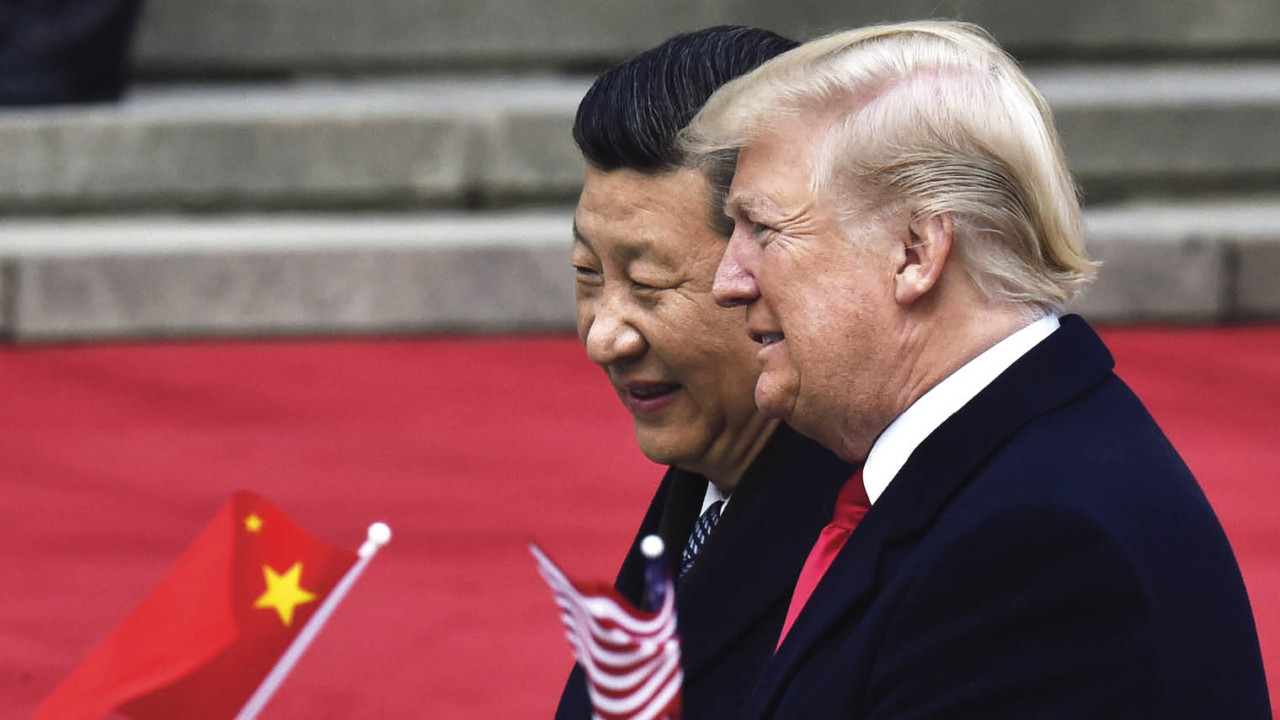 Populist politics is stoking trade grievances. There is nervousness that US-China tensions may spill over into a trade war and, while some businesses are prepared, many are not. Supply chains are now so lean and interconnected, with production split into dozens or hundreds of stages, that the impact of a US-China trade war would be felt around the world.

“With risk management in the supply chain you have to be proactive. This isn’t something anymore in which you can sit around and think ‘when it happens we will sort it out’,” says Richard Wilding, professor of supply chain strategy at Cranfield School of Management.

There is hope yet of avoiding a full-blown conflict. More than a year into his presidency, Donald Trump has moved cautiously, in contrast to his campaign threat to impose an across-the-board 45 per cent tariff on imports from China. He has apparently heeded warnings that tariffs can hurt consumers and domestic industries, even if they help specific sectors.

Skirmishes are under way. In January, President Trump announced emergency “safeguard” tariffs against imports of solar panels and washing machines, citing job losses among American producers. The United States has made clear its plans to act against China on intellectual property theft, and is also considering tariffs on steel and aluminium.

China warned it would “resolutely defend its legitimate interests” and announced an anti-dumping investigation into US exports of sorghum, an animal feed, seen by analysts as a sign that Beijing wants to contain any disputes to narrow sectors.

The US trade deficit with China climbed to a record level in 2017, increasing pressure for tougher action. The gap between Chinese goods imported to the US and American goods exported to China increased from $347 billion to $375 billion, according to the US Commerce Department.

Some trade experts fear that more aggressive US measures will lead to a cycle of retaliation. “They raise the already high risk of new US tariffs on Chinese imports, almost certainly to be quickly followed by a carefully targeted Chinese response,” says economist Mary Lovely of the Peterson Institute for International Economics.

The steps taken so far are neither unusual nor solely aimed at China. Duties of up to 50 per cent on imported washing machines for the next three years will hurt mainly South Korean exporters. Tariffs of up to 30 per cent on solar cells for four years are set below the maximum permitted.

The previous two American presidents took similar measures. Barack Obama put safeguard tariffs on tyres, while George W. Bush did the same with imports of steel. Studies suggest these caused the loss of more US jobs than they saved, but they did not cause a trade war.

Theoretically, US brands such as Boeing, Apple and Intel, along with industries such as soya beans, could be vulnerable to reprisals, though China is likely to be wary of damaging its own economic interests. When President Obama put his 35 per cent tariff on Chinese tyres in 2009, China imposed penalties on US shipments of chickens and car parts.

If a wider war breaks out, other countries will inevitably be sucked in. Steel tariffs would hit allies such as Germany, Japan and South Korea. European Union officials have threatened to target US bourbon and dairy exports in retaliation.

How prepared are businesses? “Companies that have been impacted will take this seriously, but most organisations are quite dormant,” says Professor Wilding.

He adds: “Overlaying all this, you need continuous monitoring and intelligence. If you hear that a trade war has started between two countries, you can see which suppliers could be impacted.”

A survey by the Business Continuity Institute found that 69 per cent of companies do not have full visibility over their supply chains. “Some companies are investing in supply chain resilience, but the majority have plenty of room for improvement,” says Nick Wildgoose, global supply chain product leader at Zurich Insurance Group. 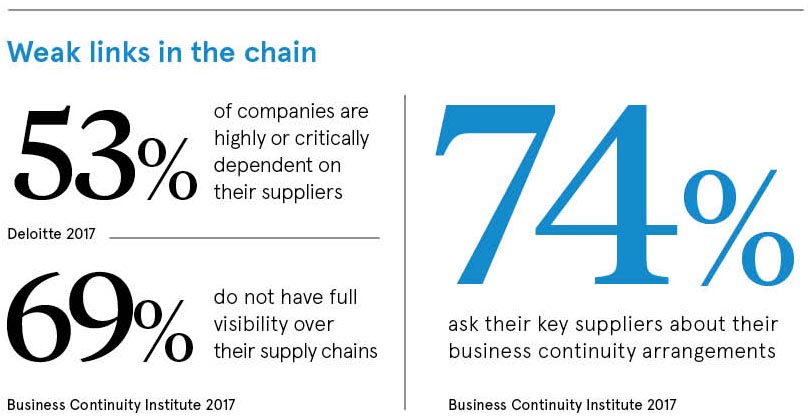 He urges companies to focus on their most profitable products. “If, say, 80 per cent are coming out of China, where is the back-up?” If a key product or component relies on a single supplier or supply route, he suggests the “heresy” of building up inventory. “It may cost $10,000, but failure could cost $10 million,” says Mr Wildgoose.

Longer term, he suggests companies could redesign products to remove rare materials that are available only in China or, perhaps, persuade a mining company in Australia to find an alternative source.

A survey by Deloitte found that 53 per cent of companies had a high or critical dependency on their suppliers, but almost nine out of ten were not fully prepared to deal with uncertainties.

Lance Younger, head of Deloitte’s UK sourcing and procurement practice, says that while companies often had a good understanding of tier-one suppliers, this was often lacking lower down the chain.

Forward-thinking companies are using technology to scour news sources and datasets to identify emerging problems, he says. Others are developing centres of excellence to improve supply chain expertise or collaborating with other companies to share intelligence about potential supplier failures.

Achieving greater transparency can create opportunities as well as minimising risks. Mr Younger says: “Many organisations start with a programme that is orientated around risk reduction, but then the rigour that provides lays the foundation for better commercial approaches.”