The IoT is as important as everyone says it is, but it may cause problems for original equipment manufacturers 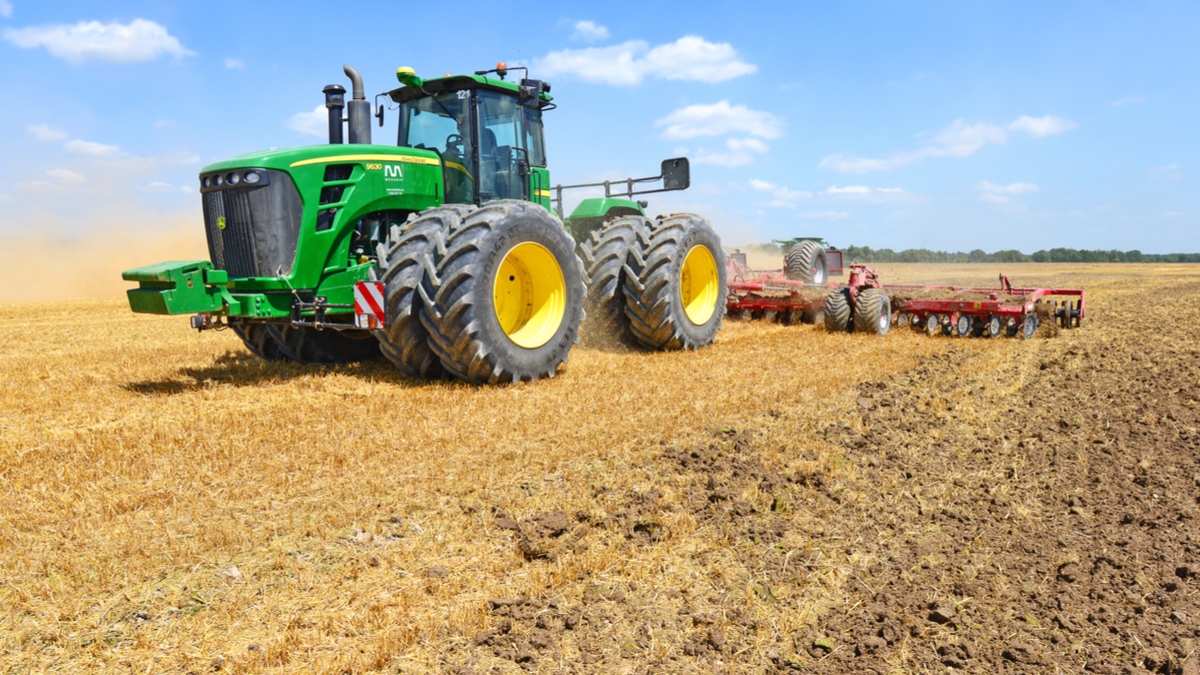 From smart cars that beam data back to manufacturers, to virtual assistants that can tell you when you’ve run out of milk, the internet of things (IoT) is slowly but surely embedding itself our lives. The sector is still in its infancy, however, and companies may face a range of headaches when developing IoT-enabled products and services.

Take the recent “right to repair” saga involving hi-tech John Deere tractors in the US. The company’s machines come laden with sensors that collect data to help farmers manage their land more effectively or troubleshoot problems with their vehicles.

Many say this leads to bigger crop yields and improved levels of customer service, but some have also been angered by the firm’s terms and conditions. These state that if a tractor does have a technical problem, only the manufacturer or an authorised dealer has the right – and the software – to fix it.

Many farmers say they resent not being able to repair their own machines and must pay hundreds of dollars in call-out fees every time something goes wrong. Some have even hacked their tractors’ systems to get round the issues.

More importantly, perhaps, farmers have expressed concerns about “precision agriculture” in general and who is accessing the swathes of data being collected from their fields – although there is no suggestion the manufacturer has broken the law.

Mary Kay Thatcher, formerly head of congressional relations at the American Farm Bureau Federation, told Fortune back in 2014: “If you picture a thousand combines going across the field in Iowa on one day and the data is coming off John Deere tractors into the cloud, whoever sees it will have more information about that harvest than anyone else at the moment - they could go play the market.”

Stories like this shouldn’t deter firms from embracing connected solutions, says Marta Munoz, internet of things lead at IDC. The IoT could offer original equipment manufacturers (OEMs) huge competitive advantages in years to come, allowing them to “offer not only hardware but a high value service too”.

“The IoT is as important as everyone has been talking about and especially for OEMs. It’s going to transform their business and lead to better customer satisfaction, company productivity and profit.” However, Ms Munoz also says many OEMs are dangerously unaware of the risks when it comes to developing IoT-enabled solutions. One hurdle, for example, is the cost and complexity of offering an ongoing smart solution for your customers. “It is one thing to do a pilot, but once it is up and running there are costs to maintaining the solution, be that in upgrading the software, or maintaining the hardware and the connectivity to ensure all your sensors are working and sending back information reliably,” Ms Munoz says.

“Then there’s the cost of storing and analysing all that data. Firms usually need to hire new data scientists but many don’t realise that.”

Given the risks, firms must work out the business case for any IoT-enabled solution before they invest in developing the idea - but this in itself can be difficult.

Understanding the return on investment you are going to get is not always simple, Ms Munoz says. “For example the data you collect could be used to improve customer service in the future, but it is very difficult to quantify how much that will be worth to your business.”

IDC estimates that the total number of IoT devices in operational deployments will surpass 28 billion worldwide within two years, representing a compound annual growth rate of 17.5 per cent between 2016 and 2020. However, the sector remains at an early stage and OEMs are still trying to work out what does and doesn’t work, says Tom Rebbeck, head of enterprise and IoT research at consultancy Analysys Mason. “For example, we are seeing a lot of experimentation in the car industry. Many vehicles now come with apps or eCall, where sensors will automatically contact emergency services if you the car is involved in a serious crash,” he says.

“But it usually takes carmakers four years to design a model and that model will have a life span of four years, and it is hard to tell what computing technology will still be relevant in 2025.”

A risk is that firms invest too much in bad ideas, or inversely do too little R&D, leaving them at a competitive disadvantage. OEMs also need to think carefully about how they price new services, as in this day and age many consumers are “resistant” to paying more for new product features.

“IoT solutions can also change your relationship with customers,” Mr Rebbeck adds.  “With cars again, traditionally the manufacturer doesn’t have a direct relationship with end user – you buy through dealers who will also upgrade your software and provide you with ongoing maintenance.”

“But if a manufacturer starts directly connecting with customers over the air, dealers might start to feel uncomfortable. Manufacturers depend on dealers so would have to manage this transition carefully, as everyone in the value chain is operating on fairly thin margins.”

According to IDC research, 37 per cent of firms consider data privacy concerns their biggest challenge when it comes to implementing IoT-enabled solutions. That is not surprising – when numerous remote devices are connected to your main network, the risk of breaches increases dramatically.

Take the The Mirai Botnet attack in October 2016, which caused major internet platforms including Twitter, Netflix and CNN to be unavailable to large swathes of users in Europe and North America throughout the day. It was made possible by a malware programme called Mirai, which caused computers to continually search the internet for vulnerable IoT-enabled devices – such as printers, digital cameras and baby monitors – and then use known default usernames and passwords to log in and infect them with the virus.

OEMs should be equally concerned about data protection rules, says Mr Rebbeck, as regulators around the world get tougher on unethical practices. “Firms will be able to collect swathes of data on their customers though IoT-enabled devices, which could be valuable both in terms of improving customer services and for selling on to other interested parties. But unless they explicitly seek customers’ consent, they could face big fines under legislation like the EU’s General Data Protection Rule (GDPR).”

Despite the risks, the internet of things looks set to play an ever more important role in our lives while presenting big opportunities for business. While some may prefer a wait and see approach, Ms Munoz says OEMs that sit on their hands risk being left behind. “The IoT is as important as everyone says it is, and there are a lot of examples of good use cases that have already been deployed. If you look at the larger manufacturers they are all building up their IoT capacity to speed up productivity and agility in their production processes.”